'Courtenay' branded equipment was manufactured by Radio Corporation of New Zealand Ltd, they were distributed by Turnbull & Jones Ltd . Currently there are 87 documented models.

Originally 'Courtenay' was simply the name of the first model: a 3-valve receiver built by William Marks at his small radio workshop in Cornhill St in 1930.  This set was sold (and distributed) by Stewart Hardware from their premises in Courtenay Place. 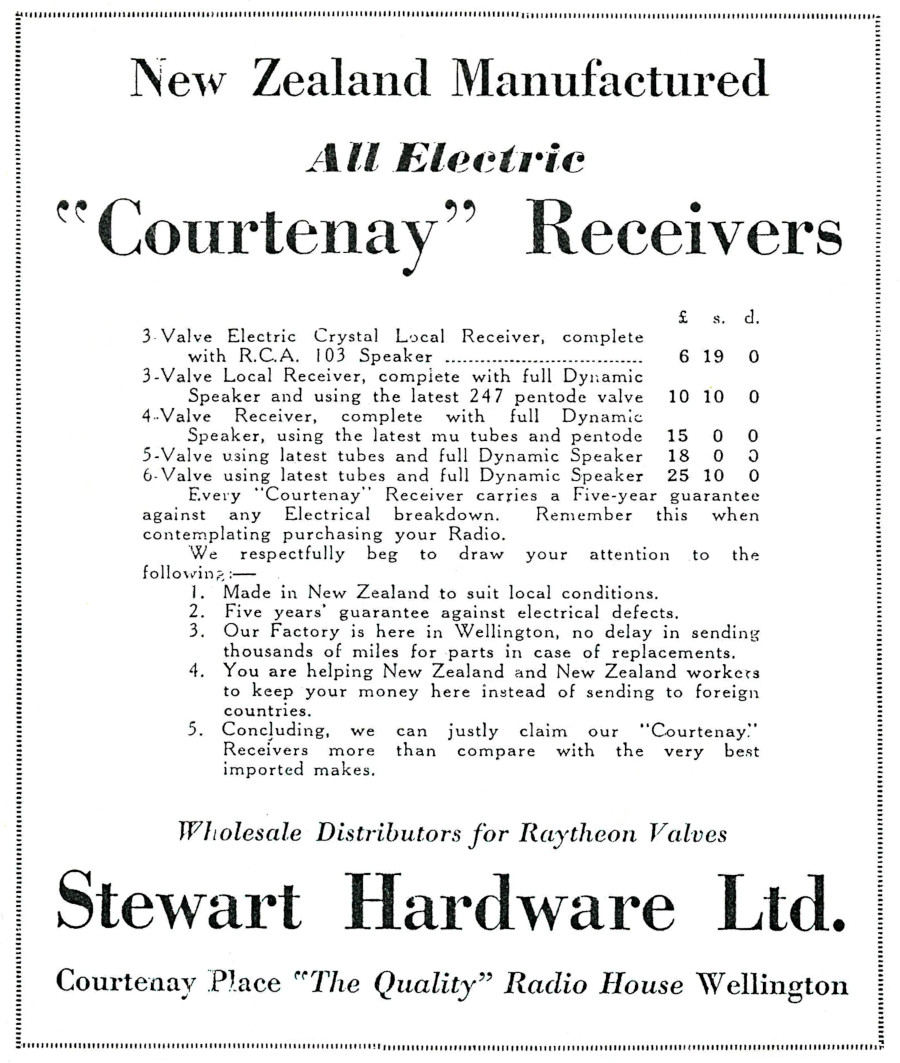 This lineup was gradually increased and within a year there were multiple models using the familiar numbered model codes that would remain with the brand until it was retired in 1956.

When Stewart Hardware reorganised in around 1933 a new company called Courtenay Radio Ltd was formed to handle distribution of the Courtenay brand.  Around this time W. Marks Ltd also rebranded as Radio Corporation (N.Z.) Ltd.

In around 1935 Courtenay sales were taken over by Turnbull & Jones who would manage it for some 22 years, marketing a huge number of different models in that time.  These models were manufactured by Radio Corp NZ and as such, they generally used the same chassis as was used in RNZ's house brand, Columbus (and for a couple of years between 1933 and 1937 similar or the same as Pacific, CQ, Stella models of any given year).  Typically from 1937 onwards the only differences between brands was the dial and the cabinet.