'The Choice of Critics'

Genrad was the house brand of General Radio Ltd in Main South Rd, Auckland.  Advertising of the brand began in ernest in mid-1933 but seems to have disappeared by the end of the same year. 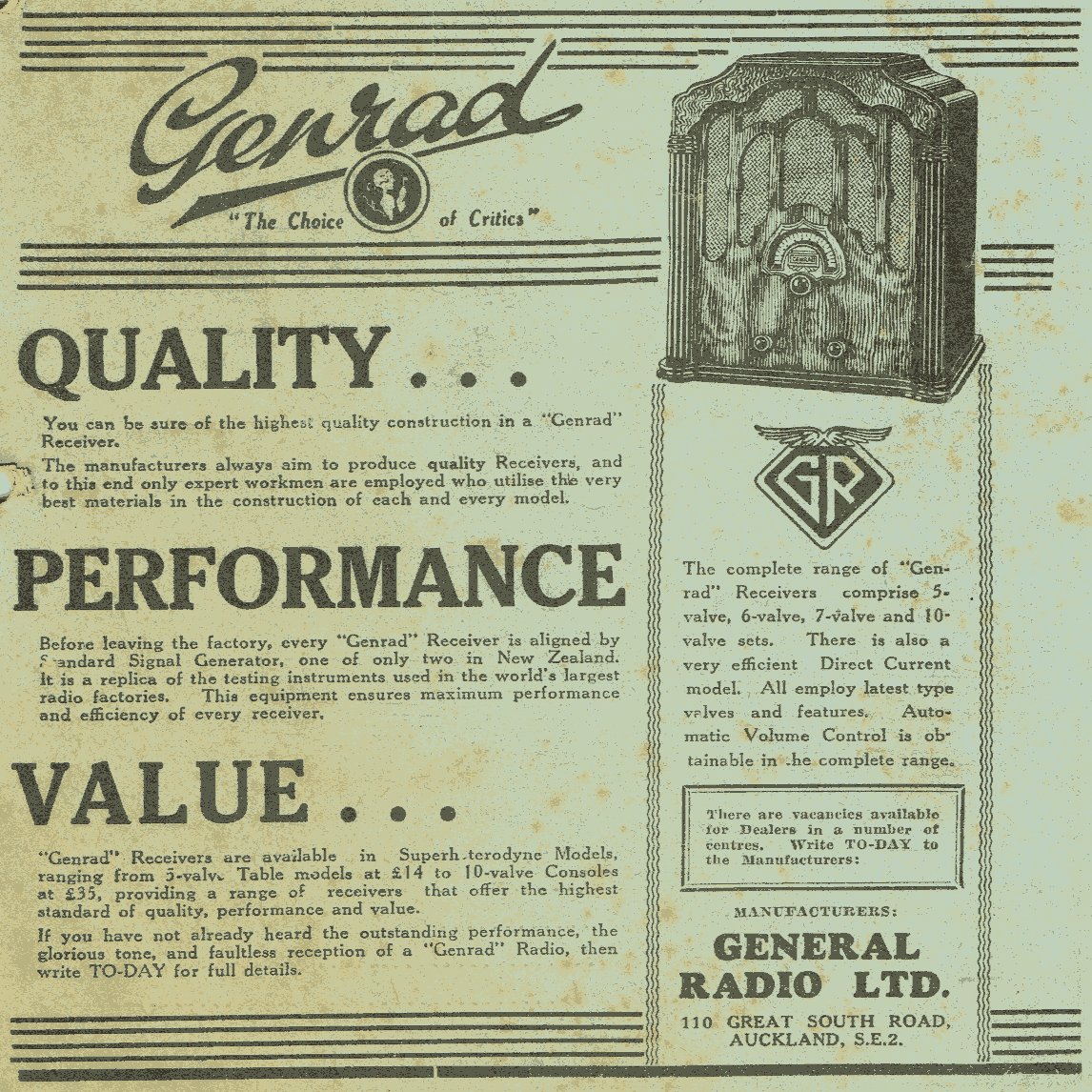 There must have been quite a number sold, as Genrad radios popped up regularly in for sale columns right across the country for many years afterwards - but its unknown what became of the company after the initial burst of sales in 1933. 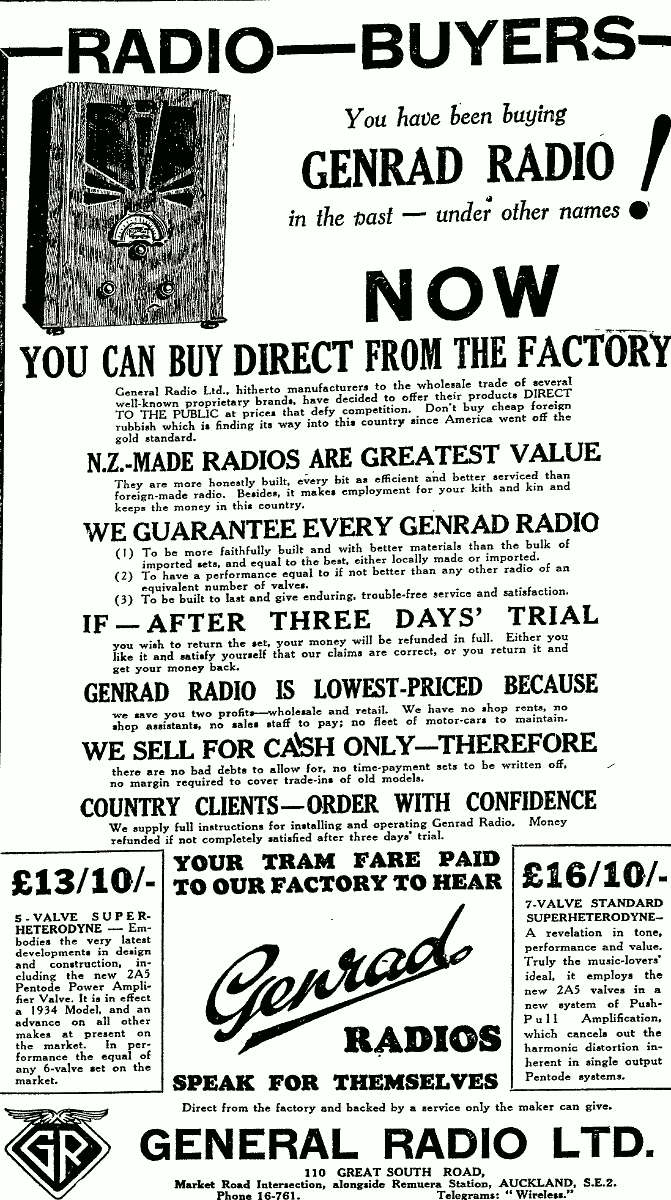