With over 30 stores in its heyday, David Reid Electronics stores were the main electronics hobbyist chain store in New Zealand.

The company was started in 1950 (and incorporated in late 1954) by David J Reid, a well-known figure in the NZ Radio industry. 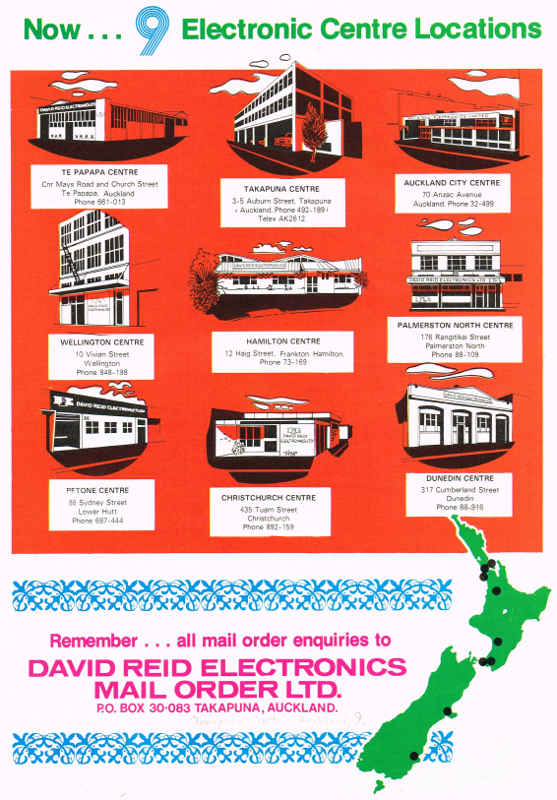 The parent company still exists today as Reid Technology - and is still owned by the Reid family.

The retail stores disappeared from the landscape when they were purchased by Dick Smith Electronics (a competing Australian firm) in 1992.