The Pacific Radio Company was owned by Arthur Maurice Anderson in Wellington (although it may have been officially started by William Marks of Radio Corporation (NZ) Ltd at the time) - a board member of the Radio Corporation of NZ (who manufactured Pacific radios). 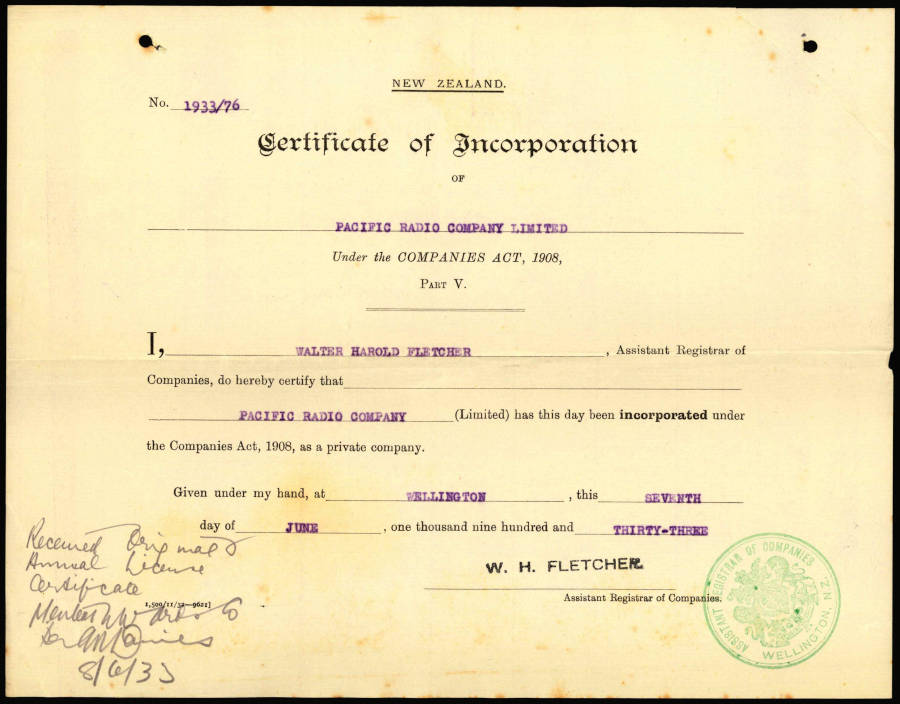 Anderson was also married to one of the daughters of the Stewart Hardware family, who sold the first Courtenay radios made by RCNZ, and is believed to have been instrumental in obtaining the Stewart Hardware building for them when they moved from their original Cornhill St premises.

RCNZ stopped contract manufacturing except for Courtenay and their new house brand, Columbus, in 1937 - leaving Anderson with an established brand but no product and it is assumed that he sold the Pacific name to Akrad around this time, as he wound the Pacific Radio Company up with a letter to the companies office dated 12th Oct 1938. 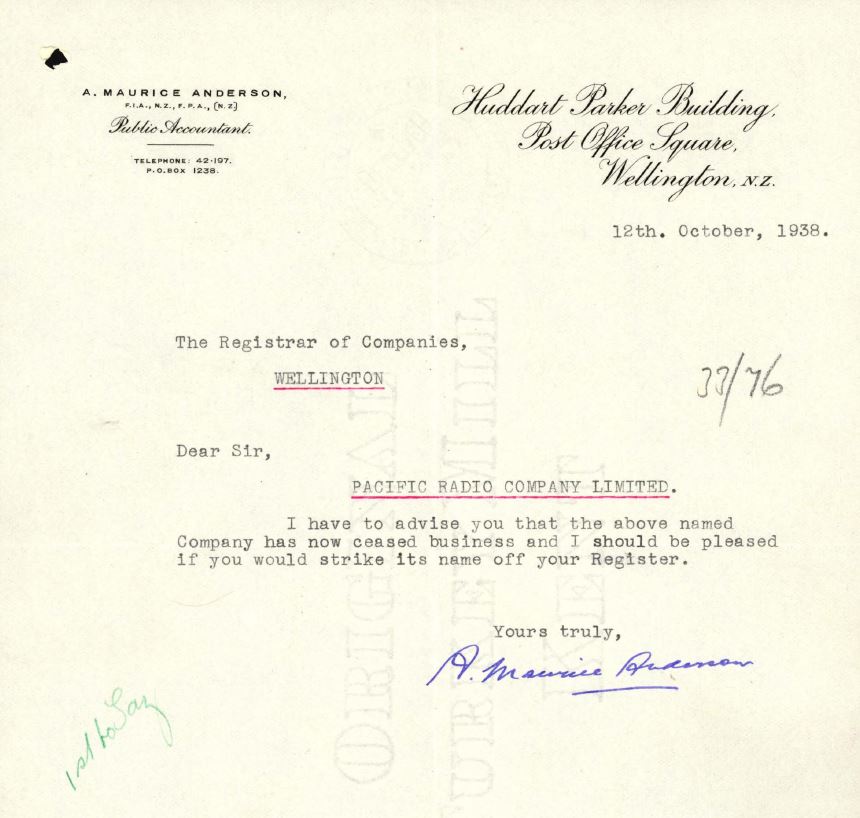