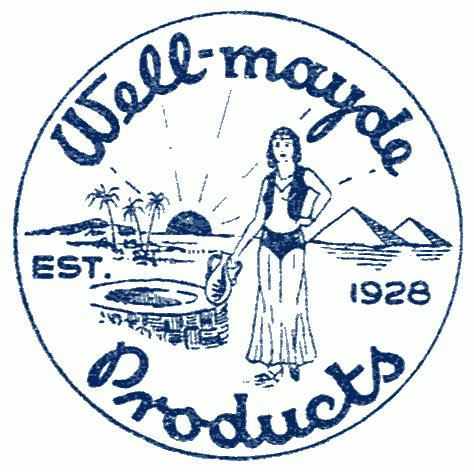 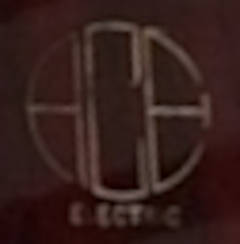 The formation of Wellmade Ltd was noted in the Auckland Star on the 28th of January 1928.  The manufacturing arm of Johns Ltd, they were located at 75 Dominion Rd, Mt Eden and among other things they produced the radio sets and kitsets sold by Johns Ltd.

The Well-Mayde radio brand did not commence until 1931 and the brand itself was only seen on the chassis, not the cabinet.  Brand names commenced with WM, then the number of valves and then the year - for example the WM41 was a 4-valve set from 1931.  In 1932 the introduction of the Screen Grid output valve meant WM was changed to SG to show this important new development in valve technology was included, but by 1935 the pattern changed to valve count, year and bands - ie: 65BC was a 6-valve broadcast band set from 1935 (or 1945).  AW (All-wave) or TW (Triple-wave) were used interchangeably. 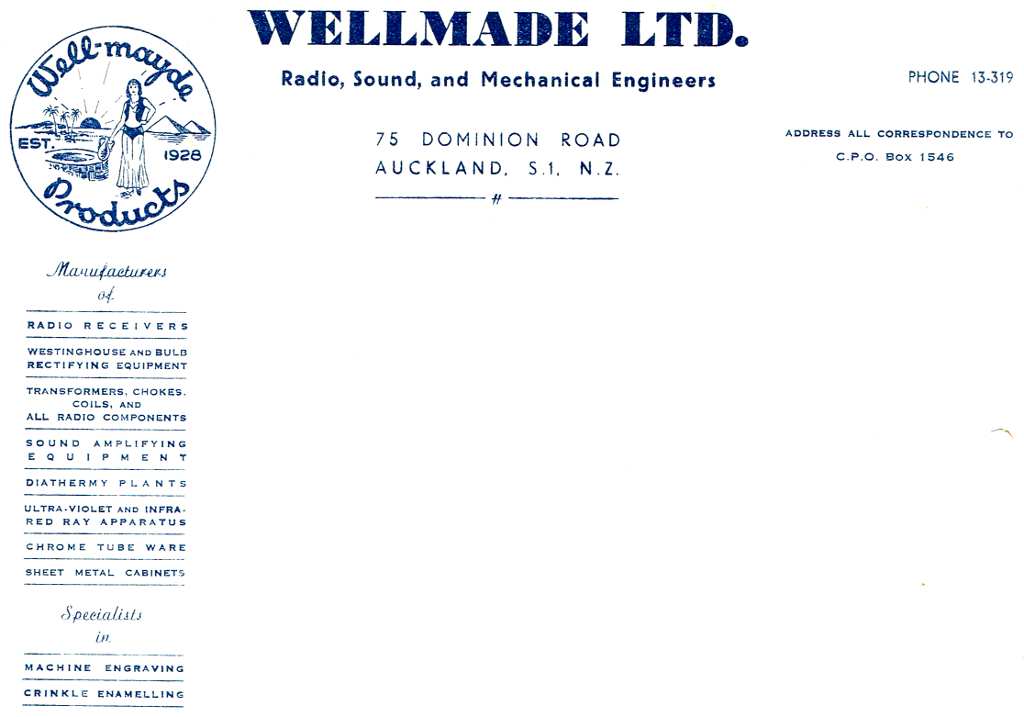 The building, which still exists to this day, had the company name embossed in the plasterwork at the front.  This name was later painted over when the building came into the ownership of the Swan Electric Company who took over Johns Ltd and Wellmade in 1951.  Initially they leased the building but later produced Rola speakers here.  Bell Radio-Television Corp took over the site sometime after this as their #2 factory and location of their experimental TV station in the late 50's, early 60's.  At some point after this the front of the building was removed when it was cut back to allow for road widening, losing the original lettering and rounded corner.

This staff photograph from November 1945 was provided by the daughter of Wally Hart (front row, just to the right of the sign).  Wally eventually went on to Bell, before leaving to form his own business, Harts TV and Radio. 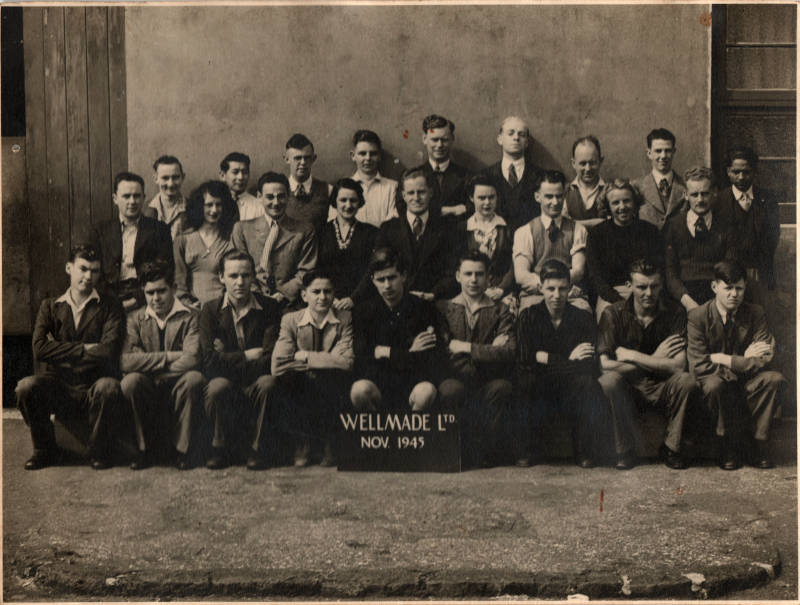