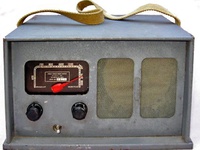 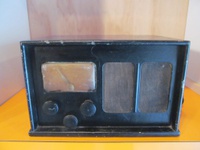 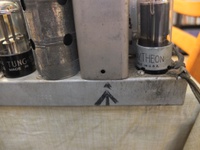 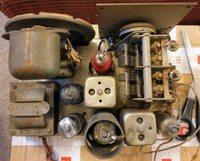 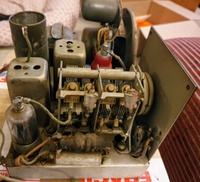 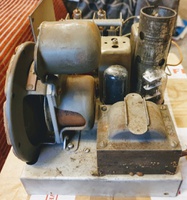 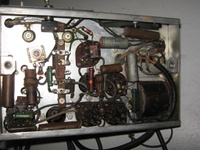 One of two different sets released by the Army Education Welfare Service for 'education and entertainment' (as noted in the AEW1 manual). 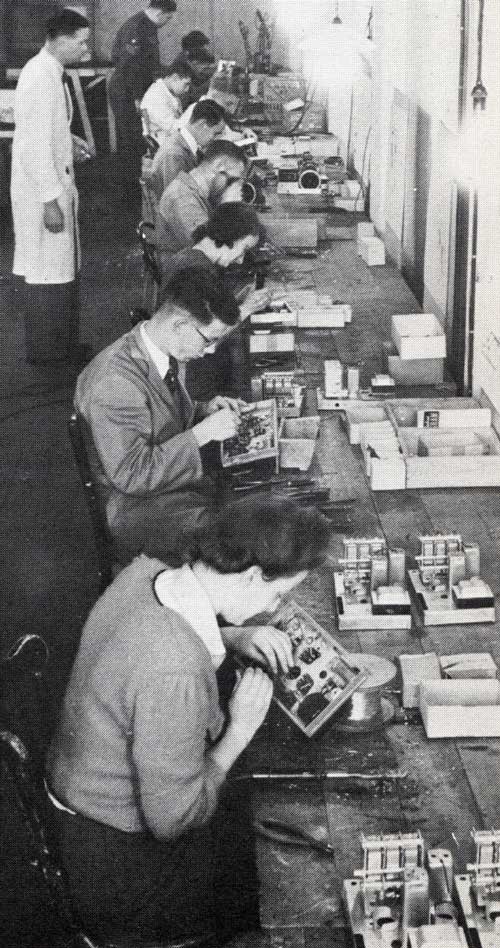 This set is was almost certainly designed by Radio Corp NZ as it is a close copy of their Model 12 from 1940, with certain parts like the oscillator coil being virtually identical.  However, manufacturing contracts during the war were controlled by the government, so designing something did not mean you would also make it - and Radio Corp was fairly busy making ZC1's so they may not have.

It is only known for certain to have been manufactured in Wellington by HMV and Westco in Auckland.  Production in the HMV plant can be seen to the right - note the Staff Sergeant in the background closely observing the workers.

An ex-Westco employee who made these said there was an Army inspector on their line checking and broad-arrow stamping each one (see below).  They were said to be supplied to the US forces in NZ which might indicate why both military versions seen to date have 110V transformers and were found in North America.

It is probable that the Radio Corporation of New Zealand did in fact manufacture a number of these, although it is known for certain that they at least made the knobs - there is evidence in a section of a letter (excerpt below) from Alex Marks in the Radio Corp factory (Alex was the son of William Marks, the RCNZ founder) to Fred Green (who was their factory rep / buyer in England at the time) regarding a new knob mold they were working on and he relates the size to 'the one they used on the AEW2'.  As mentioned above there are other parts such as the oscillator coil which are almost certainly from the Columbus model 12 or a close variation of them.

**Production image from the Audioculture article on the history of HMV (https://www.audioculture.co.nz/articles/emi-new-zealand-the-first-50-years) 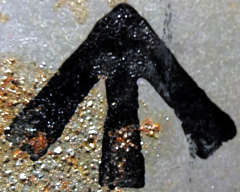 The broad arrow is a British military marking indicating the equipment belongs to the British Empire.

Note the similarities, both external and internal, between the Model 12 and the AEW2 - the dial and the ridged vertical bar across the speaker grille being the first clues as to its heritage 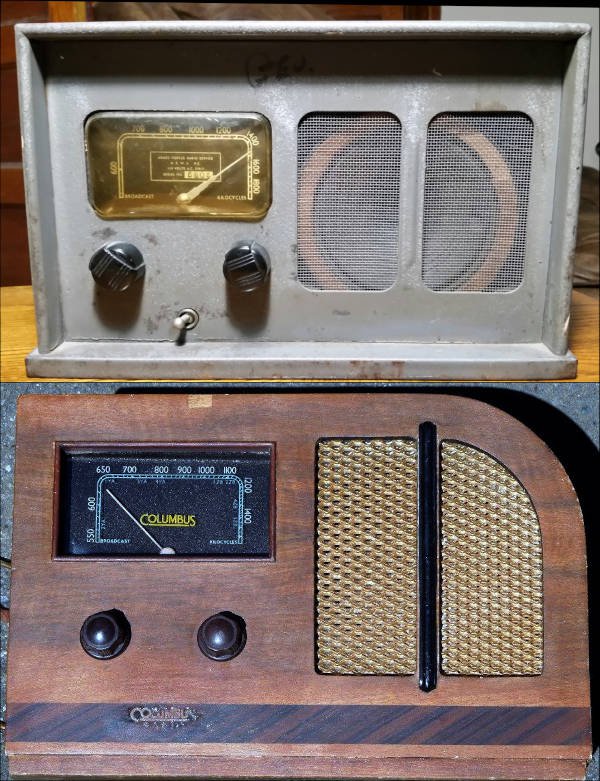 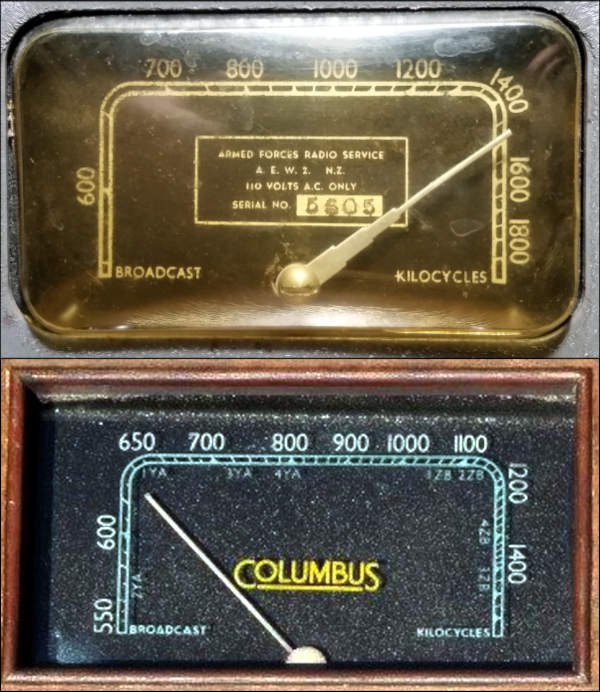 But inside the similarities continue to stack up - the same layout,  the same valve lineup, and components like the oscillator coil which appear to be Radio Corp parts. 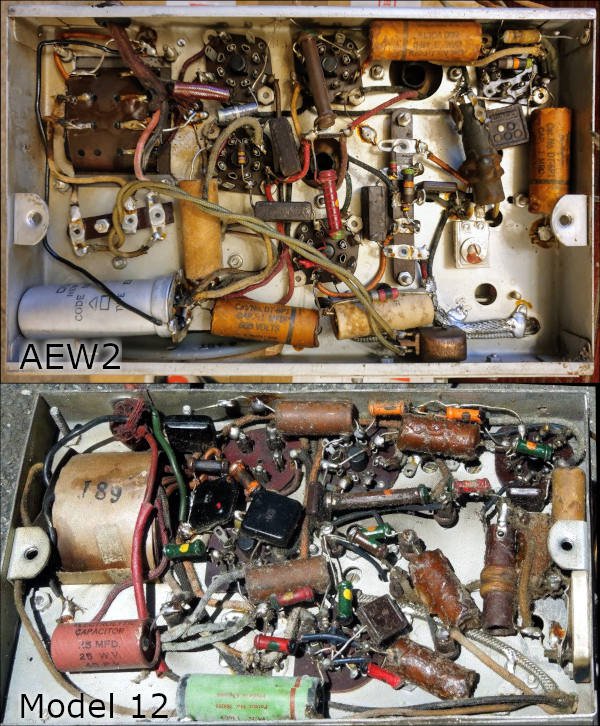 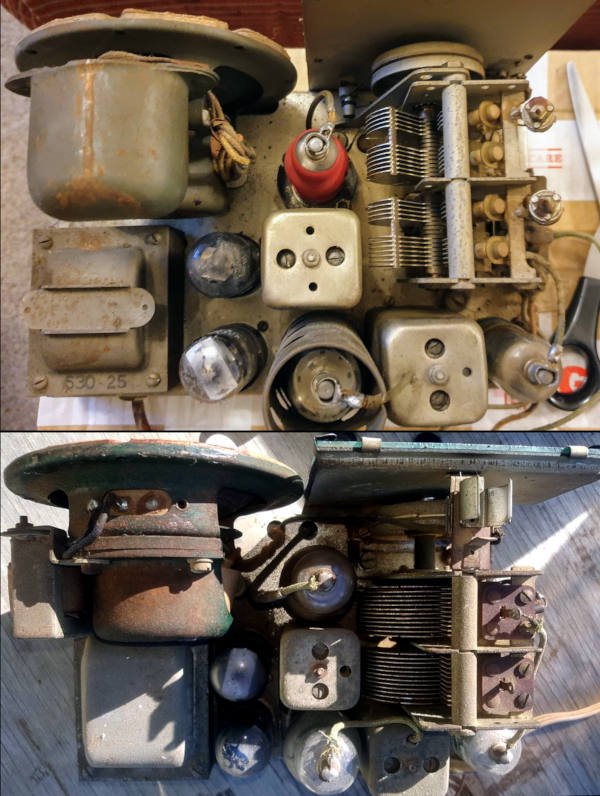 Note, the black-painted variant in the images above has an ARTS&P label and plain dial - this one was probably sold as military surplus after the war.

The AEWS (Army Education Welfare Service) offered training for post-war life to NZ soldiers, and this included radio technician training - it is believed that the AEW1 & 2 radios were both to be listened to, and to be experimented with as part of the training in radio. 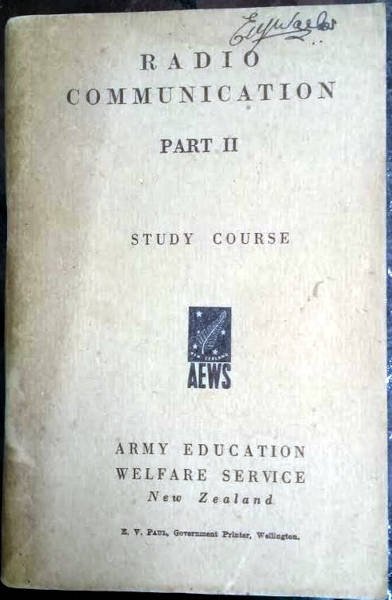 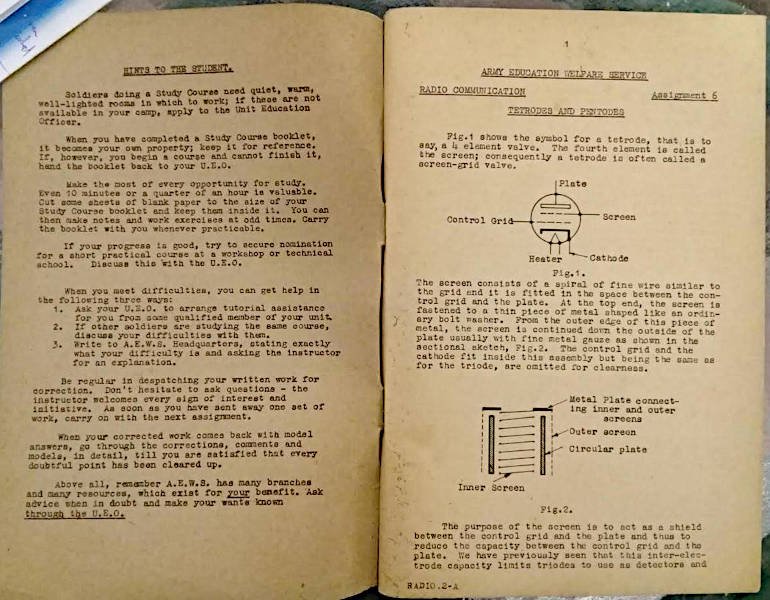 No manual has been sighted for the AEW2, although the Columbus model 12 documentation should be fairly close.