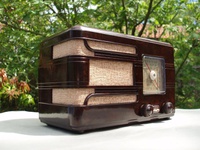 The Antone Cadet was manufactured by Antone Ltd in 1950, it was in production for 2 years.

Housed in a cabinet sourced from Airzone (Australia).  It's worthy of note that the successor to this model, the Bell Colt, was also housed in a cabinet previously used by Airzone (Bell was the brand that would soon replace Antone after Al Bell took over the company and the original Antone owners left).

Note: not to be mixed with the Bell Cadet which is entirely different. 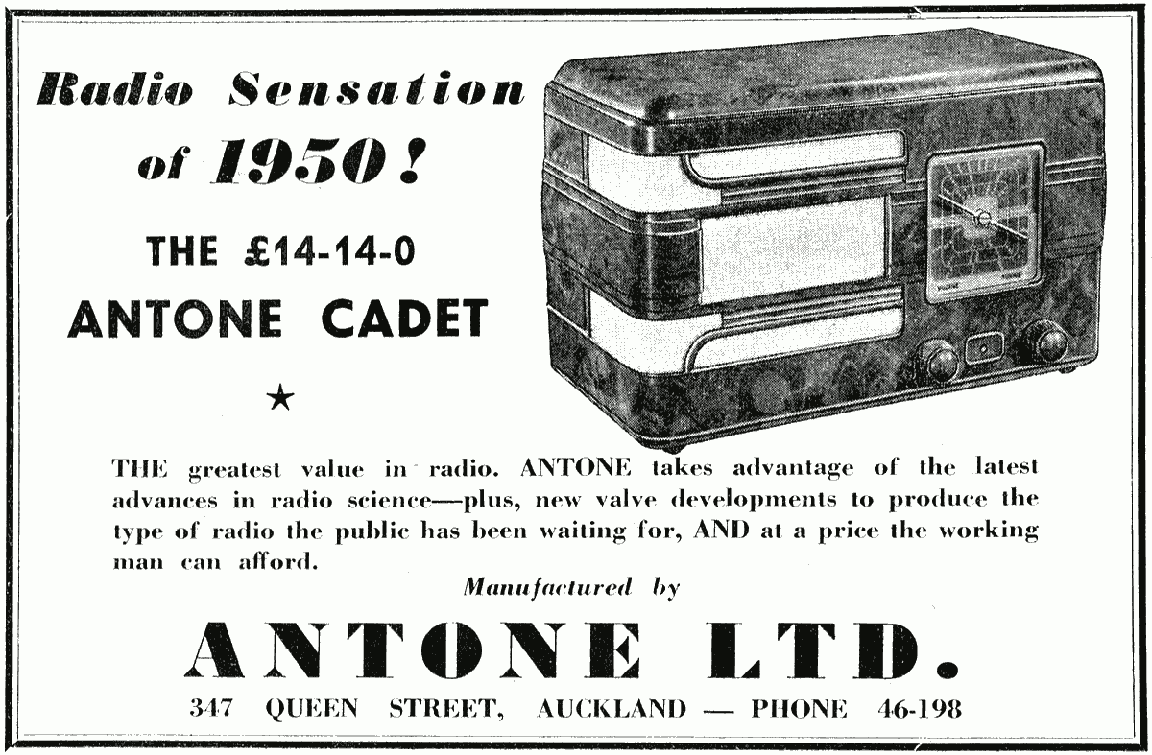 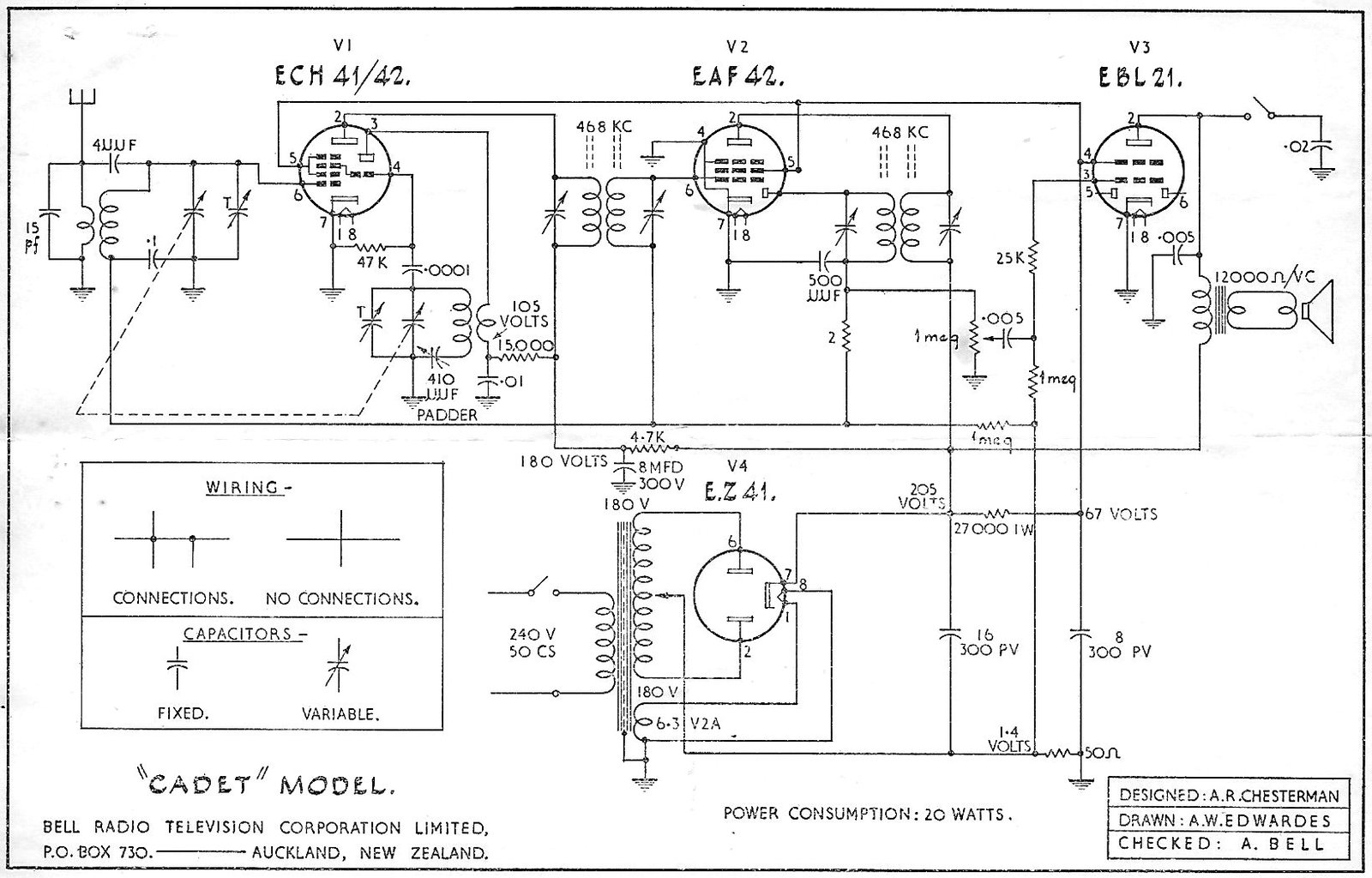