The Bell model 6P7 was manufactured by Bell Radio-Television Corporation Ltd in 1955.

The 6P7 was a 3-way portable (AC / DC / Battery), and is noted as being one of several 'Hot-Boxes' available from various manufacturers at the time by John Stokes. The tranformerless design made them lighter, but less reliable and also meant that the mains was directly connected to the chassis - hopefully neutral, but the plugs at that time were not polarised and so it depended entirely on luck, and the fact that the entire chassis was insulated... however one broken knob could potentially (pun intended) see you and 230V making contact through the metal shaft of the control

Seen in white, grey and green - there are possibly other colours. Also seen with two different dial styles. 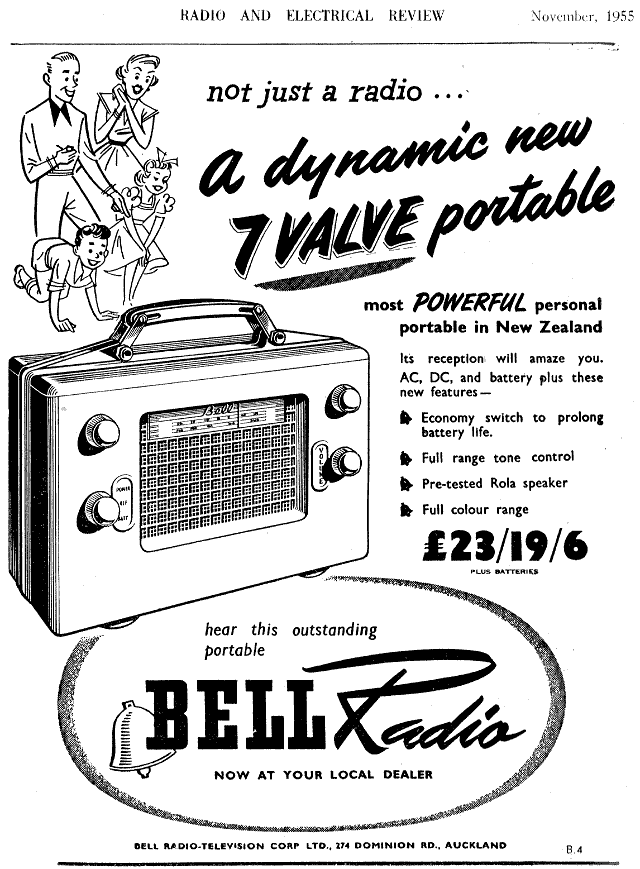 The schematic refers to the 6P7 as a 7-valve set, however the rectifier 'valve' is a Philips diode. This seems to have been popular practice on schematics of this crossover valve/silicon era. Also noted on one schematic (possibly by JWS) is 'replace all 100V Ducon capacitors) so there may have been a known issue there. 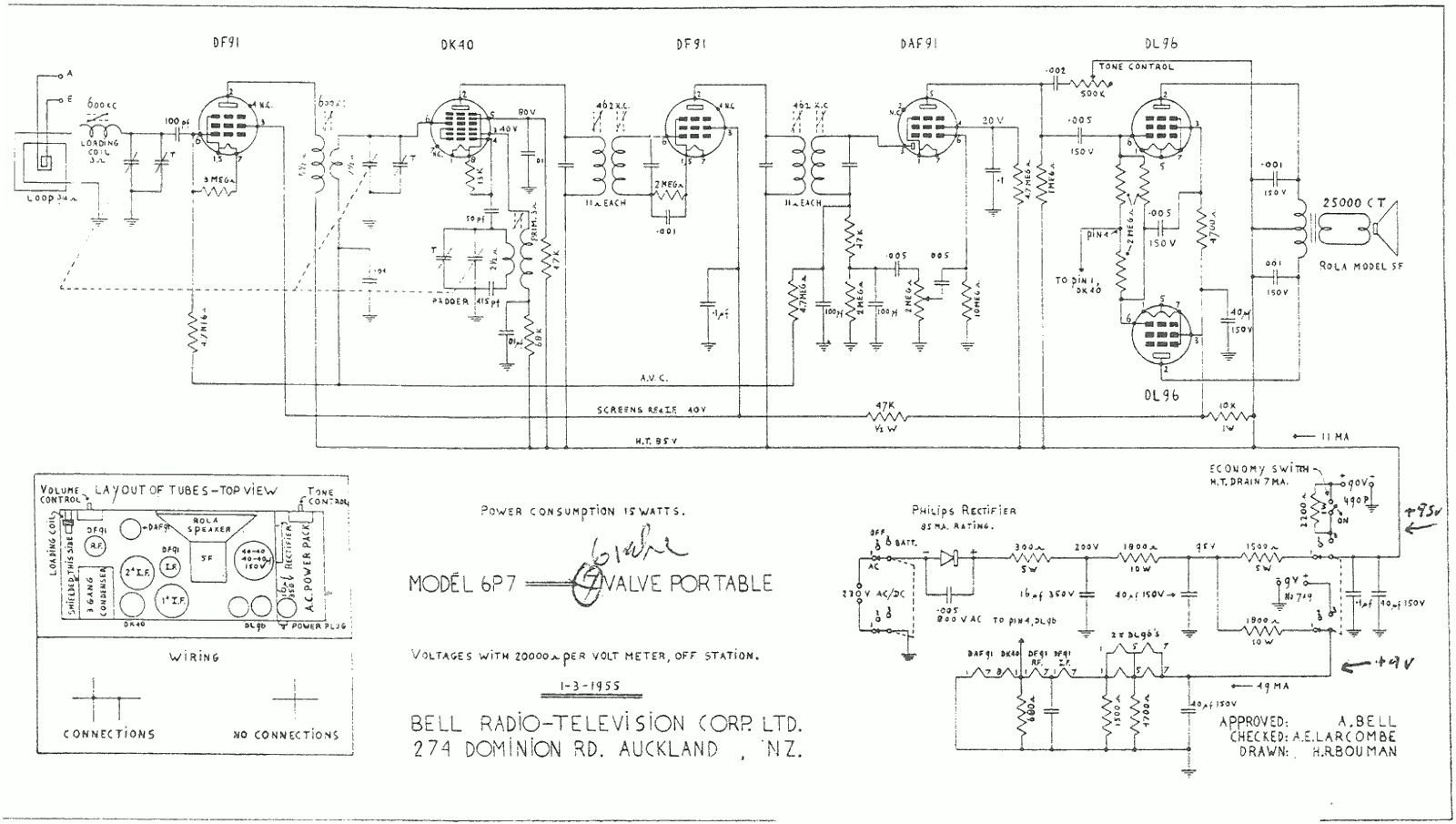