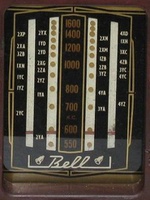 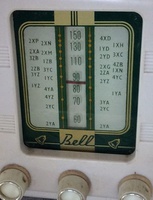 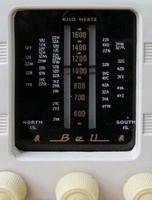 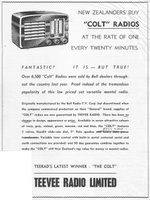 The Bell Colt was manufactured by Bell Radio-Television Corporation Ltd in 1951, it was in production for 30 years. It's part of the Bell Colt series.

The Bell Colt was the biggest-selling, longest-running and arguably the best known model of valve radio ever designed and built in New Zealand. The ubiquitous Colt spanned almost 30 years and saw several different chassis versions with 3, 4 and 5 valves, and three different transistorised models (including a battery-portable Colt) for the last few years of production.

Cabinets
Along with different circuitry, there were many different dial layouts, at least 7 cabinet colours (with various tones of colours as well) and even some different cabinet styles including a light- and a dark-toned solid oak cabinet being offered. 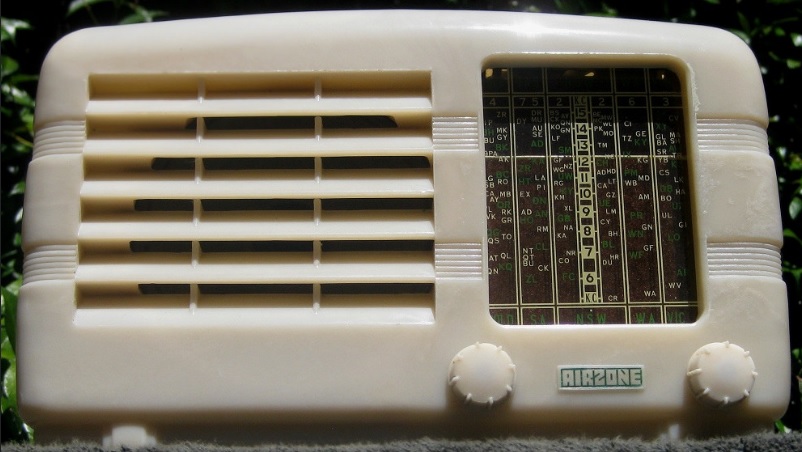 The plastic cabinet dies came from Australia where they were used for the Airzone Cub (as shown to the right), just as the previous Bell mantle, the 5E (and the Antone Cadet - or was this the same model with a name change when the company name changed?  Information would be appreciated), had used the ornate but fragile Airzone 458 cabinet.
You can see the mold marks for the Airzone logo mounting area on most Colt cabinets (behind the middle knob) although there are some cabinets where this is not visible at all suggesting that either new molds might have been made (they do wear out over time) or the original molds may have been modified to hide this.

The later model cabinets are modified from the early designs and this can be seen in the molding between the dial and the grill, where both sides of the horizontal fluting is edged and the braces in the grill are more substantial.  Inside the cabinet used on the very last model (Solid State COLT Mk III) there are screw holes to mount the PCB and Plessey speaker.  All of the mains-powered transistor sets also have both top corners drilled so the back panels can be mounted.

The Bell Colt was released with two different control shaft lengths - the earlier longer shaft version which took traditional grub-screw mounted knobs and the later short-shaft version where the shaft only extend to be just beyond flush with the cabinet - this design used push-on plastic knobs.

The push-on knobs, common to models from around 1960 onwards, can be an absolute nightmare to remove as they seem to glue themselves to the shaft over time, and often must be broken off in order to remove the radio from the cabinet for servicing as there is no easy way to get in behind the sleeve section of the knob to try and help release it. 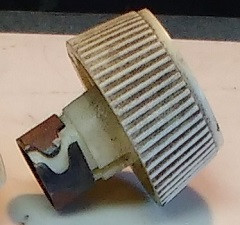 This style of knob seems to have been particular to NZ and the Bell Colt in particular, so it can be hard to find replacements now.  As a consequence, it's quite common to see bell Colts for sale with one or more broken / missing knobs.  Some of these push-on style knobs had silver (or gold?) spats in the centre, while most did not. 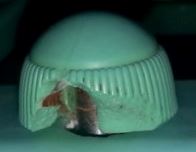 The long-shaft version uses a traditional grub-screw mounted knob. Most seem to have used this style of domed knob, and it is common for these knobs to crack, most likely due to over-tightening as they have no metallic sleeve inside and just rely on the strength of the plastic.

These are not the only two styles of knob fitted to Colts, with the ones on the left being another common example.  Many arguments arise as to what knobs a Colt SHOULD have, but so many of these sets were produced over the years (around 160,000 in the first ten years alone, that's nearly half a million knobs not counting the world-wave models which needed one extra!) that it seems reasonable that the factory would use whatever it had (or could get) if-and-when it ran out of one type.  Indeed anecdotal evidence from ex-Bell employees backs this up.

Variants
Over the years there were many different variants in the family of radios all now known as 'Colts' - Many were not referred to as a Colt at all, but all models in the well-known plastic cabinet and those in similar timber cabinets with the same chassis' have come to be included in the legendary 'Colt' lineup. These are the ones we know about from sales brochures, trade price lists, JWS' books and old copies of the Listener. Please feel free to help update this list if you know of others.

These serial numbers are roughly approximated from the serials sighted in Colts as they pop up - if you can help expand this information please email.  Its also difficult to identify a 5B7, 5B60, 5B61 specifically without digging inside, so hopefully as this fills out it will help with that.

*These serial numbers come from the only models sighted so far.  The A prefix was found on some other Colt models as well although the significance is still not clear - one possibility is that these chassis' were made by Teevee Radio, as the model years (1959-62ish) ties in close to when Teevee Radio were manufacturing Colts. Any further information on this would be appreciated. 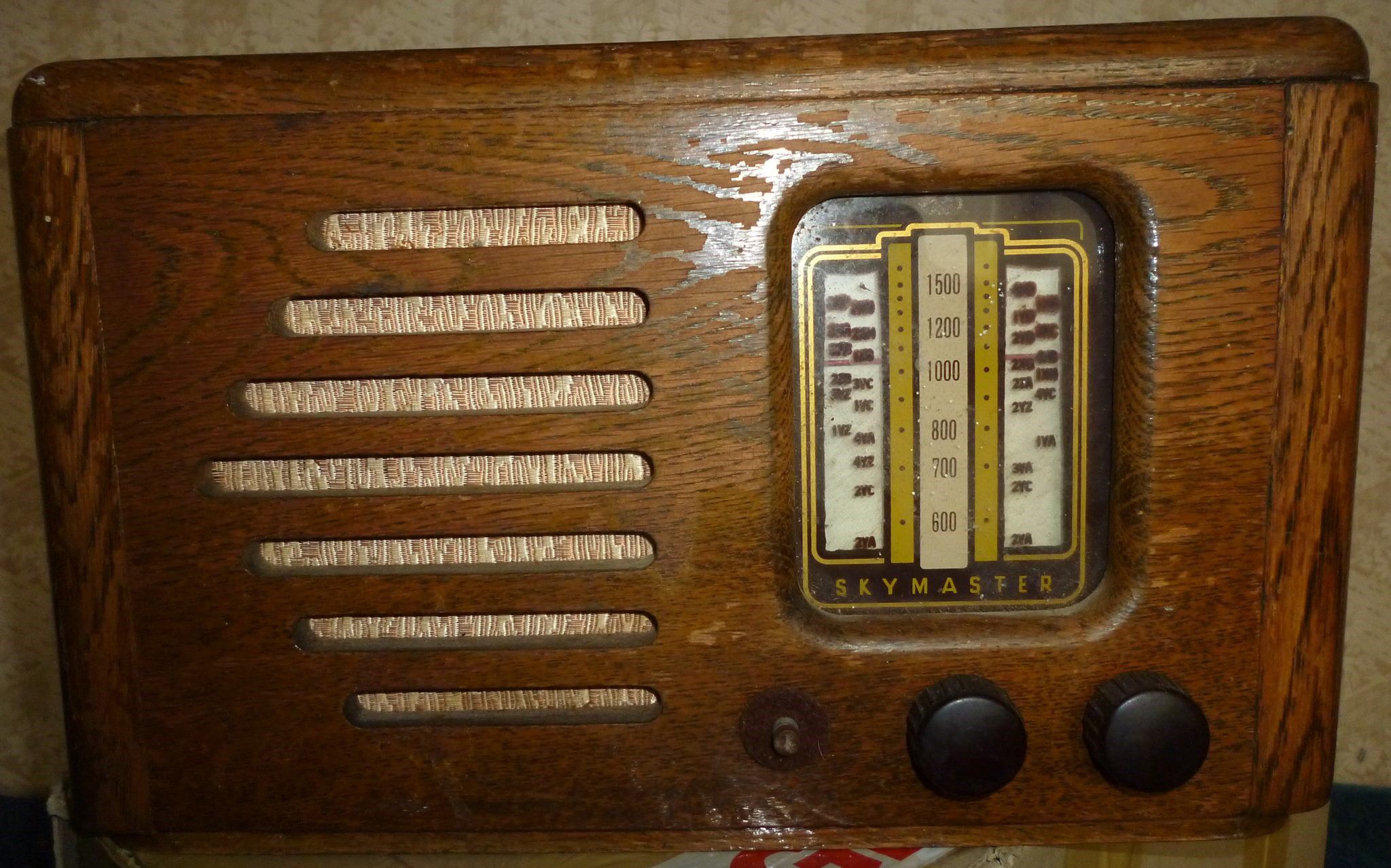 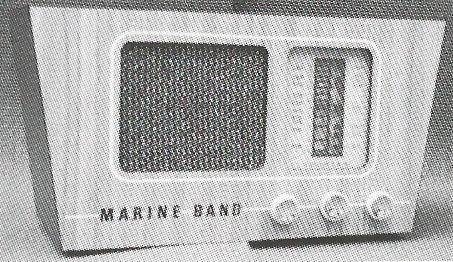 Early Bell Colts were also produced as a Skymaster model for Bond and Bond, a Rolax for Sedley & Wells Music Centres in Christchurch.  Later on there was a 'Skipper' branded marine version of the dual-wave Colt and another marine version of the dual wave chassis (without tone control) was released by Fountain in a formica cabinet.  These marine versions had a modified SW band covering the old HF marine band from around 2-4.5MHz. 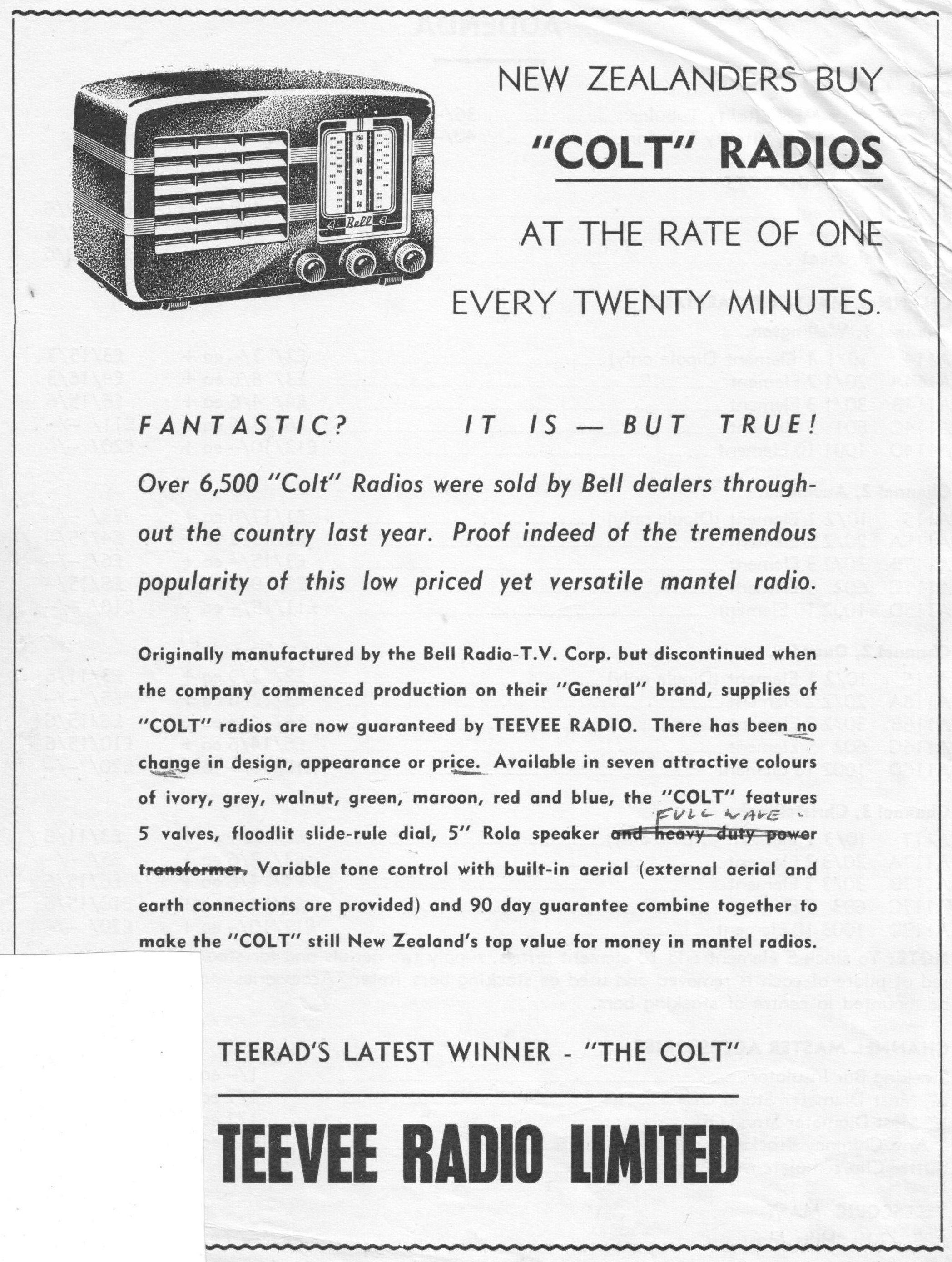 In the early 1960's when Bell dropped the Colt in favour of its new 'General' radio line, Teevee Radio Ltd took over production for a couple of years, however they were not successful and production went back to Bell.  An advert publicising this manufacturing switch states that the Colt would appear identical and so it's not known if there is any way to tell the Tee-Rad Colts from the Bell ones - any information on this subject would be gratefully received.  One thing that may or may not be pertinent is that some colts have an A prefix on the serial number and these sets seem to be from this era (5B61 chassis) - could the A indicate production by Teevee Radio?  The radio shown in the flyer (from an August 1962 Teevee radio catalogue) is from sales literature used by Bell from around 1957 and can be seen in the full-page Bell advertisement in the June 1957 copy of Radio and Electronics.

The Bell Colt is part of the 'Bell Colt' series.

Bell Colt chassis numbers hint at that particular variants year of introduction: 5B4=1954, 5B60=1960 etc - however chassis codes are generally not indicated anywhere on the radio except for some 5B4 and 5B5 models (details of the 5B5 are undocumented at this stage) where the code is stamped into the top left hand corner of the rear plate of the chassis as shown here. 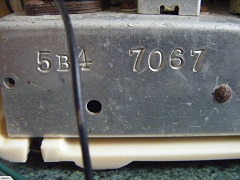 Generally some detective work is required to figure out what model you're dealing with - check the number of valves, the types, the chassis layout (which is shown on some schematics) and other telltale signs.