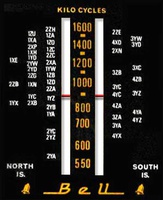 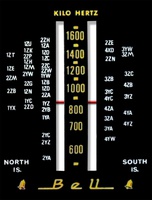 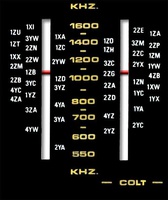 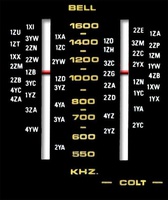 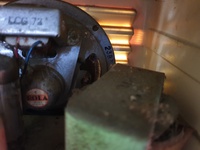 The Bell Colt 5B67 was manufactured by Bell Radio-Television Corporation Ltd in 1967, it was in production for about 6 years. It's part of the Bell Colt series.

Around this time Bell switched to transistors, and there were no further valve-based Colts produced - this was the last model with that 'warm glow'. 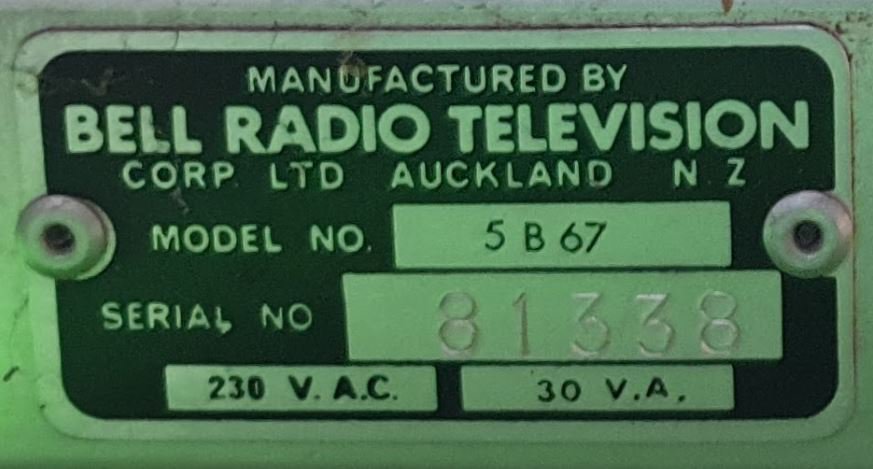 The 5B67 is generally easily spotted by the screen-printed metal badge riveted on the rear.  Early examples have 5B67 screen-printed into the model space, and 30 V.A. in the power consumption space, but this was a step they obviously felt was just wasted time and money because it soon disappeared, with most sighted examples having no model code or power consumption on the badge at all.

The early dial glass was a black and gold design, with Bell at the bottom and KILOCYCLES at the top, which was an old term by this point in radio development, and was replaced by KILO HERTZ in about 1969.  Late examples, just prior to the switch to solid-state transistors, had one of two near-identical dial designs - either with BELL or KHZ. at the top - and both with -COLT- in the bottom right corner.  These are hardly ever seen and it must have been a very short run of dials.  The variant with BELL at the top is one of only two examples of Colt dial where the words 'Bell' and Colt' appear on the dial together - the other example being the final Colt ever produced, the Solid State MKIII. 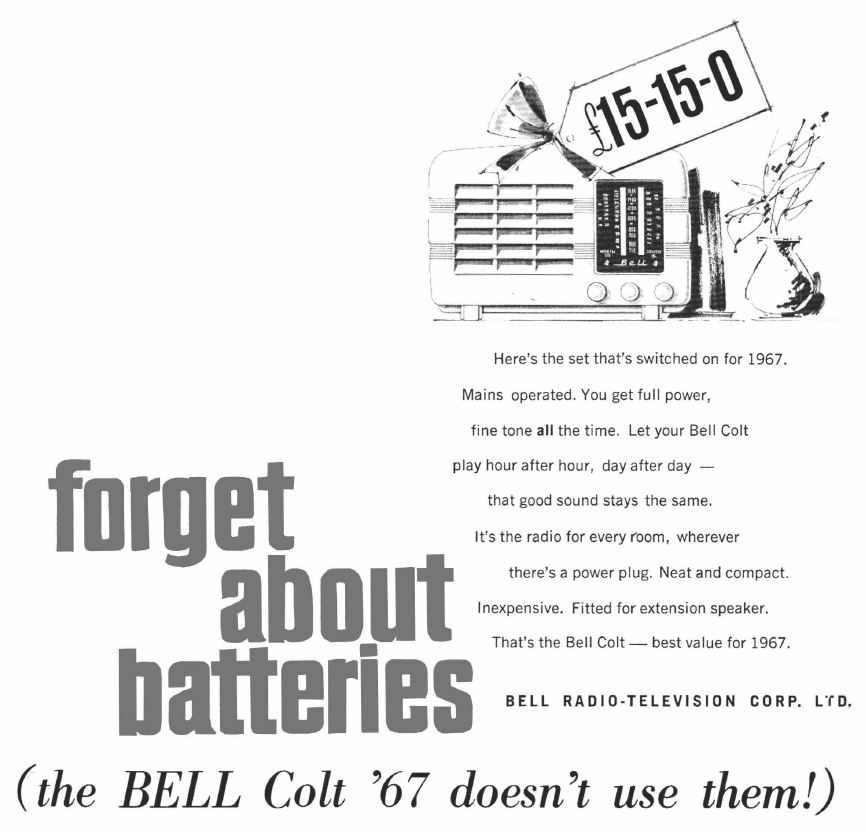