The Bell Colt Cadet was manufactured by Bell Radio-Television Corporation Ltd in about 1958. It's part of the Bell Colt series.

The cadet is a budget permeability-tuned 3-valve model - easy to spot because in place of the usual tuning gang are two metallic tubes.  For all that it was a 'poverty pack' set, they perform reasonably well with their multi-purpose valves almost giving actual 5-valve performance - in a city, used for local stations, this set works perfectly - and even in the countryside, where the author of this model lives, performance is 'not entirely horrible'.

Estimated introduction date: 1958, with models sighted through to 1959

According to popular legend to have been followed by the Champ (also a 3-valve but with a traditional tuning gang).  It might have been the other way around, with the permeability tuning possibly making their cheap model even cheaper and easier to produce - but a long-term study of serial numbers is required to try and shed some light on this - if you have one, please contribute the details to the site.

Also, both of the authors examples of this particular Colt model have the blue dial glass shown in the photos above - one in a white cabinet, the other in an oxblood red cabinet.  Nothing about the dial glass fitted to this model should be implied from this, because there were so many different dials... its just interesting to note.

Also note, the model shown above is a long-shaft type with the grub-screw knobs, while the authors oxblood cabinet example (1959 date code) has short shafts - so this model almost certainly existed across the changeover from the older grub-screw knob style to the newer push-on type.

The schematic notes 2 serial numbers - 63893 with a speaker code of 10A8.  The A8 indicates January of 1958 so this could be an early example if production did begin in 1958.  The second serial, 71152 shows a speaker code of 11F8, meaning June 1958 - so Bell had manufactured around 8000 radios in that 6 month period (around 66 radios every working day).  This figure includes all other sets they made as well - but assuming they didn't skip groups of numbers to begin new runs, this shows quite a high level of production for a New Zealand company.

The Bell Colt Cadet is part of the 'Bell Colt' series. 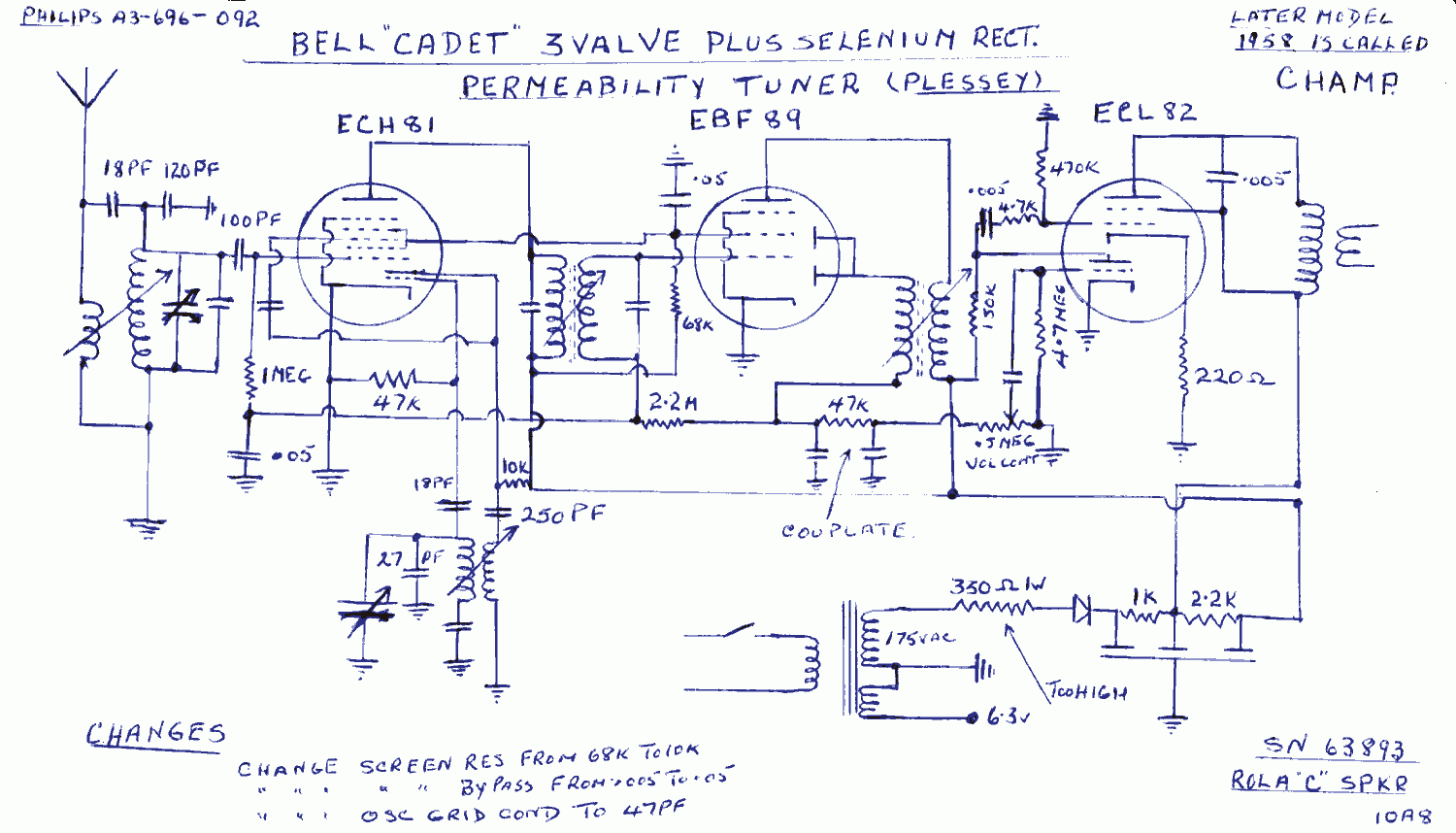 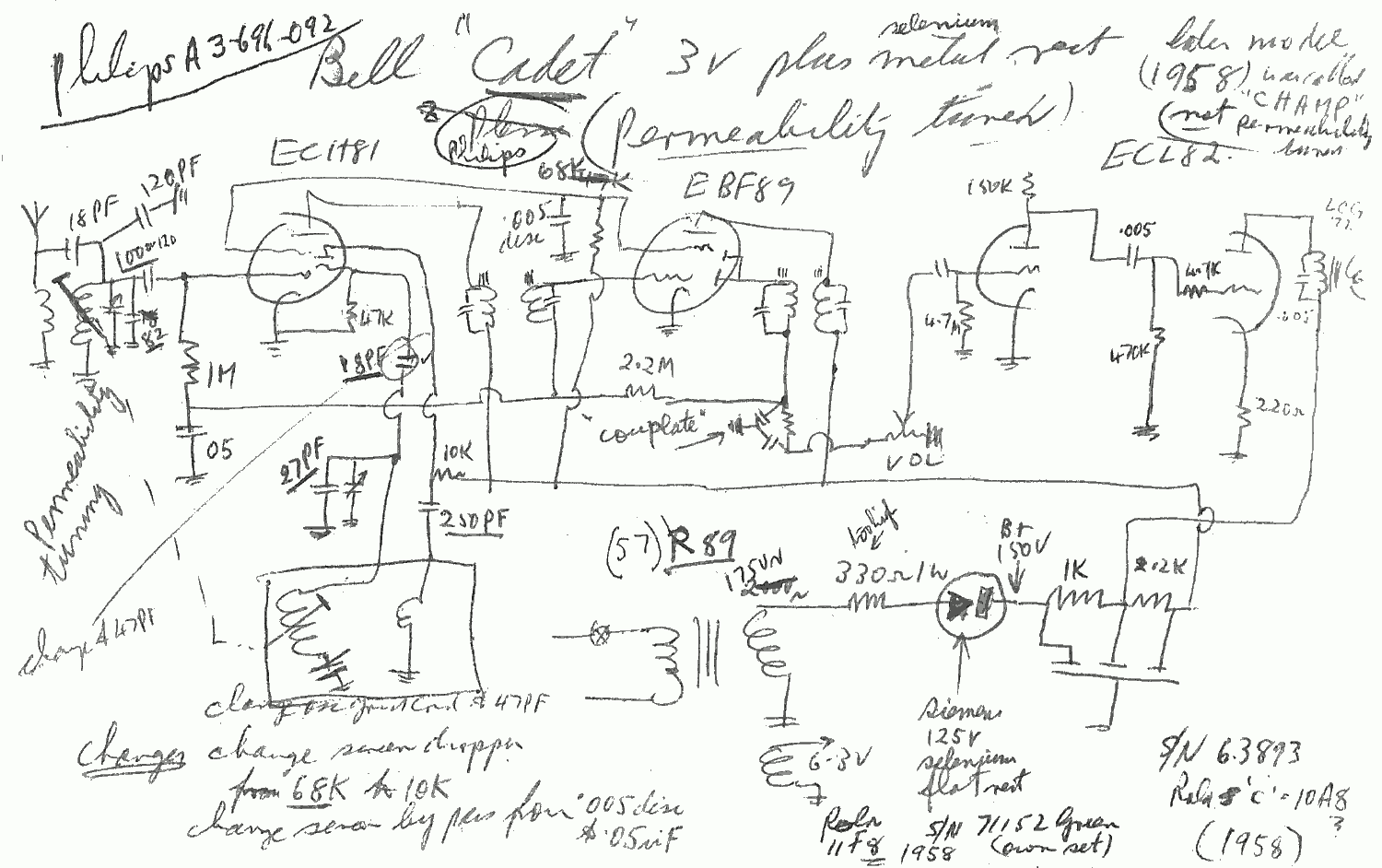