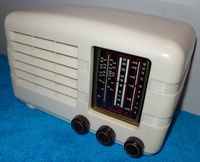 The Bell Explorer was manufactured by Bell Radio-Television Corporation Ltd in 1957. It's part of the Bell Colt series.

The Bell Explorer is a dual-wave (described in sales literature as 'world wave') version of the Colt.

This was the only dual-wave Bell Colt made, although they did make at least one chassis for Electronic Navigation Ltd in Auckland with a marine SW band (The dial has 'Skipper 10' on it) - and there was a Fountain dual wave radio that appears to have used a dual-wave Colt chassis with a marine band.  The chassis has also been seen in the Oak cabinet, but they are predominantly found in the standard Colt plastic case. 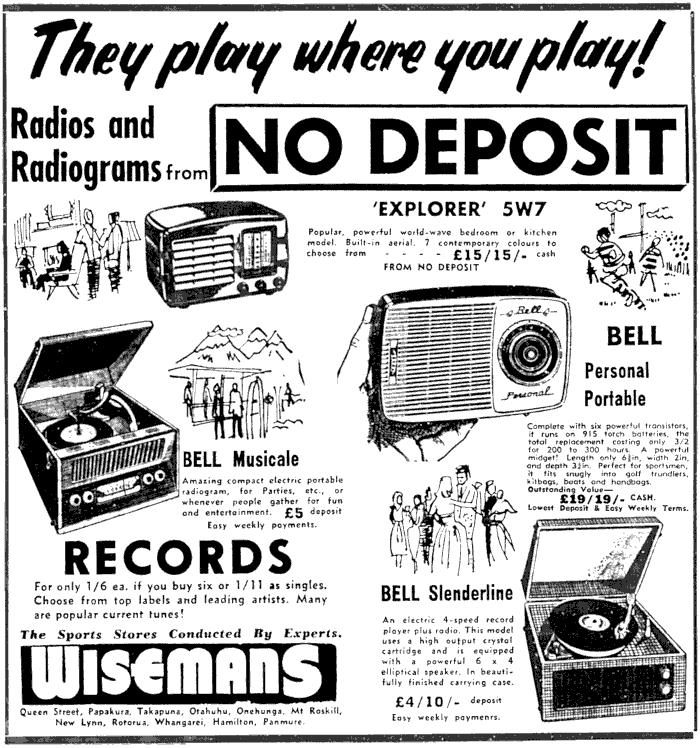 The Bell Explorer is part of the 'Bell Colt' series.