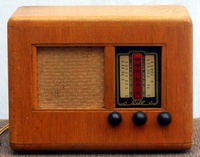 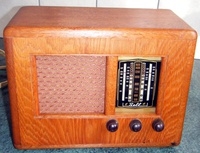 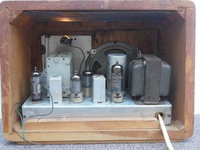 The Bell Oak Mantle was manufactured by Bell Radio-Television Corporation Ltd in 1954, it was in production for 2 years. It's part of the Bell Colt series.

The Oak Mantle was a 5-valve broadcast band Colt chassis in a solid oak (natural or dark coloured) cabinet.

This was the predecessor to the Planet model and is typically sighted with a 5B4 or 5B5 Bell Colt chassis fitted. 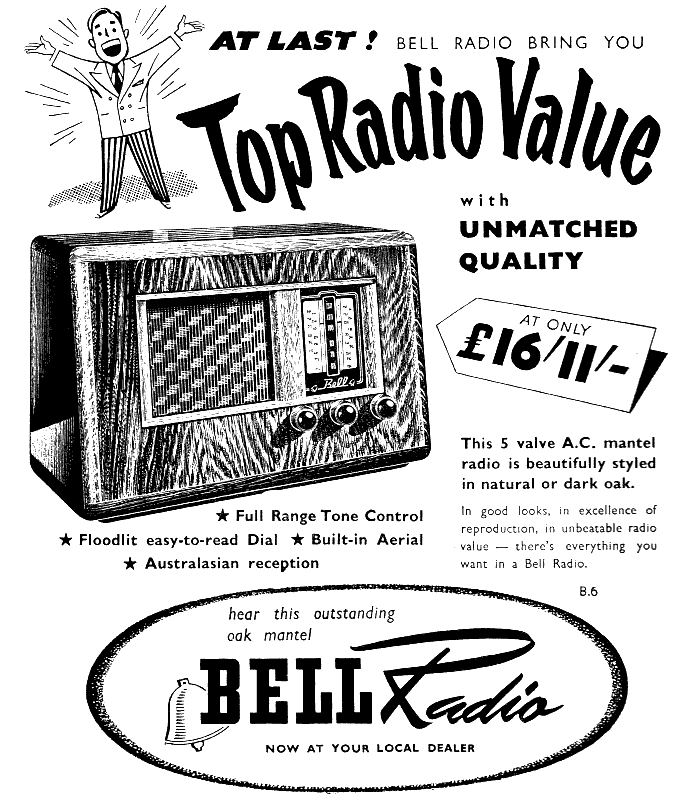 The Bell Oak Mantle is part of the 'Bell Colt' series.

Chassis Notes(most schematics can be clicked to download a full size version) Early versions used all rimlock valves, however later versions replaced the ECH41/42 with a noval ECH81. Some chassis' were stamped with 5B4, but not all of them. 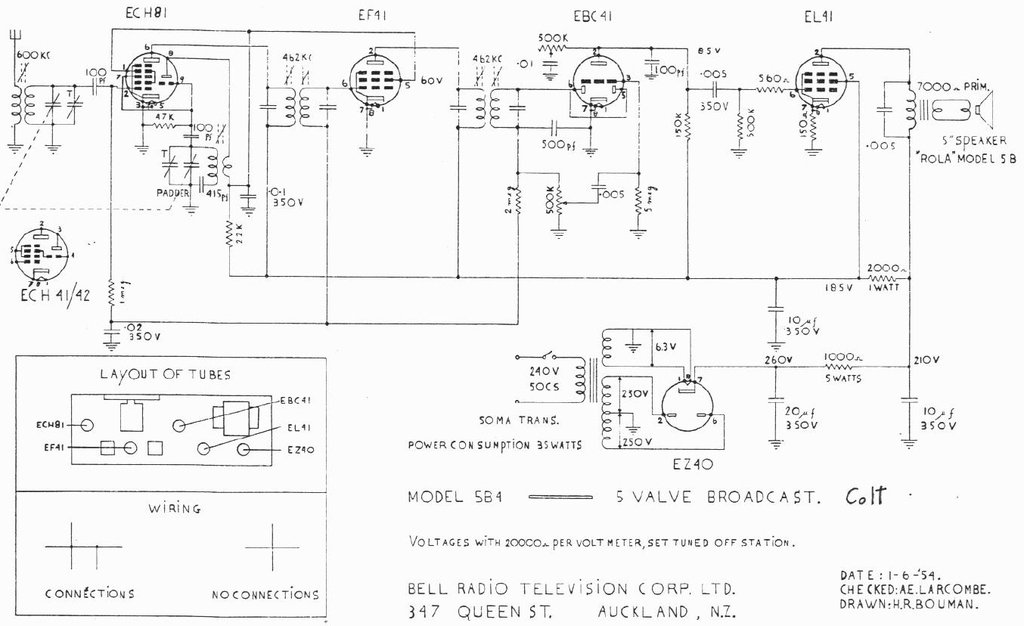