The Bell Planet was manufactured by Bell Radio-Television Corporation Ltd in 1956, it was in production for about 4 years. It's part of the Bell Colt series.

The Planet was a 5-valve broadcast band Colt chassis in a solid oak (natural or dark coloured) cabinet.

Sales literature and sighted examples show that the Planet was a broadcast only model although in "More Golden Age of Radio", John Stokes refers to it as a dual-wave.  It's probable that there were dual wave sets sold in these unusual cabinets as well, although all advertising indicates that these were 5-valve 'Australasian' reception (in other words, broadcast band - it was common to pick up NZ and Australian stations on AM in those days).

The solid oak cabinet was an oddity since most timber cabinets used by most manufacturers used veneer over plywood construction.  Being solid timber, it is quite chunky and prone to warping and cracking.  It would have been cheaper and easier to produce though. 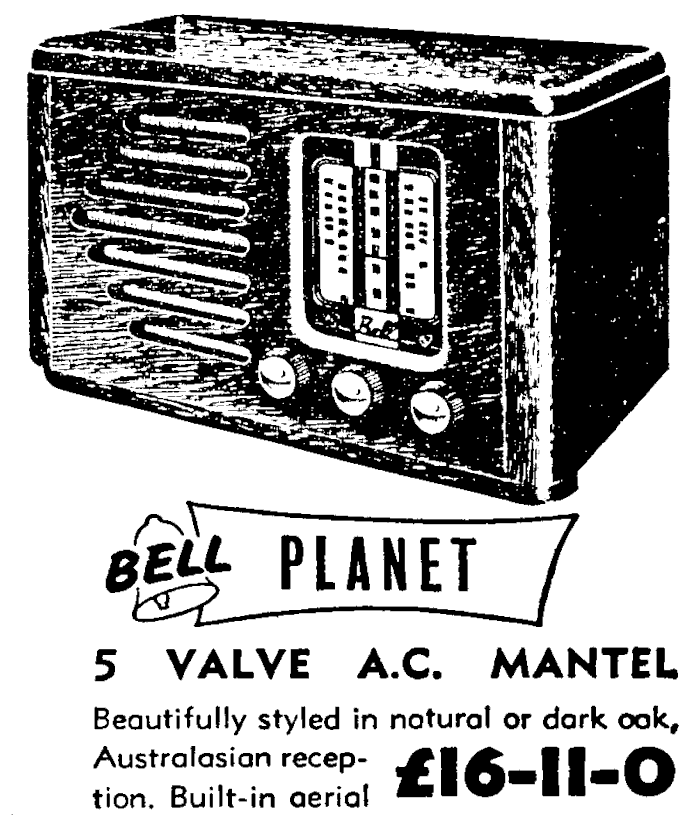 There was an earlier version of solid-oak mantle design, with a square cutout speaker grill and a slope-back front panel which appears to have been produced between 1954 and 55.

The Bell Planet is part of the 'Bell Colt' series.