The Bell Solid State Colt Mk III was manufactured by Bell Radio-Television Corporation Ltd in about 1975, it was in production for about 6 years. It's part of the Bell Colt series.

The end of an era, the final ever Bell Colt - the Solid State Mk III.  Almost lost inside the now cavernous Colt cabinet, the Mk III circuit board is tiny compared to the chassis used in pretty much every other colt produced over the previous 25 or so years.

Early models had a grey back panel with the previous style chassis tag riveted to the outside, although this was replaced with a patterned brown panel with a paper serial number label glued on at some point in the production.

Its worth noting that this is the only model released to ever have both 'Bell' and 'Colt' on the dial glass for its entire run (most just had 'Bell', although the odd one had 'Colt' - and one dial used at the end of the 5B67 valve model run did have BELL at the top and COLT at the bottom - but these are not often seen), and the only model to shift the dial pointer to be vertical, moving left to right instead of up and down.  There were at least two different versions of the dial glass for this model as seen below, with the early version shown on the left. 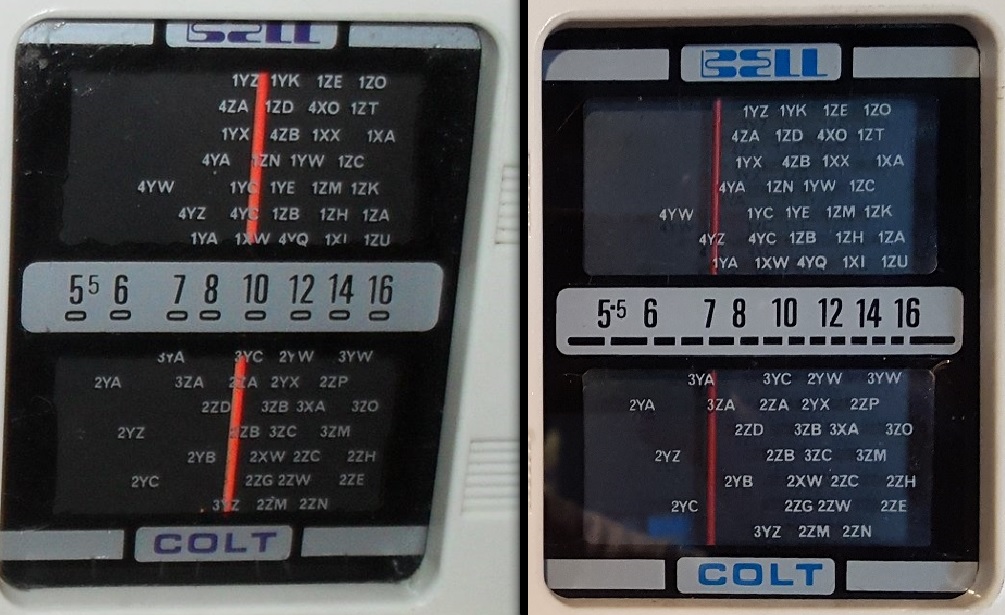 The chassis has finally been replaced with a printed circuit board, and the dial lights with miniature grain-of-wheat lamps which are quite difficult to replace and almost impossible to find. 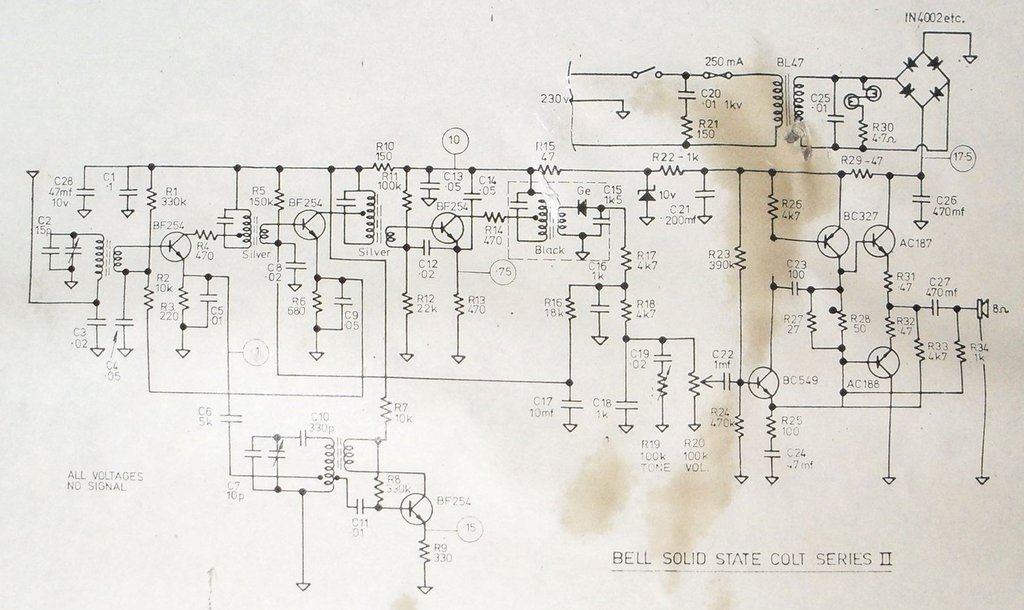 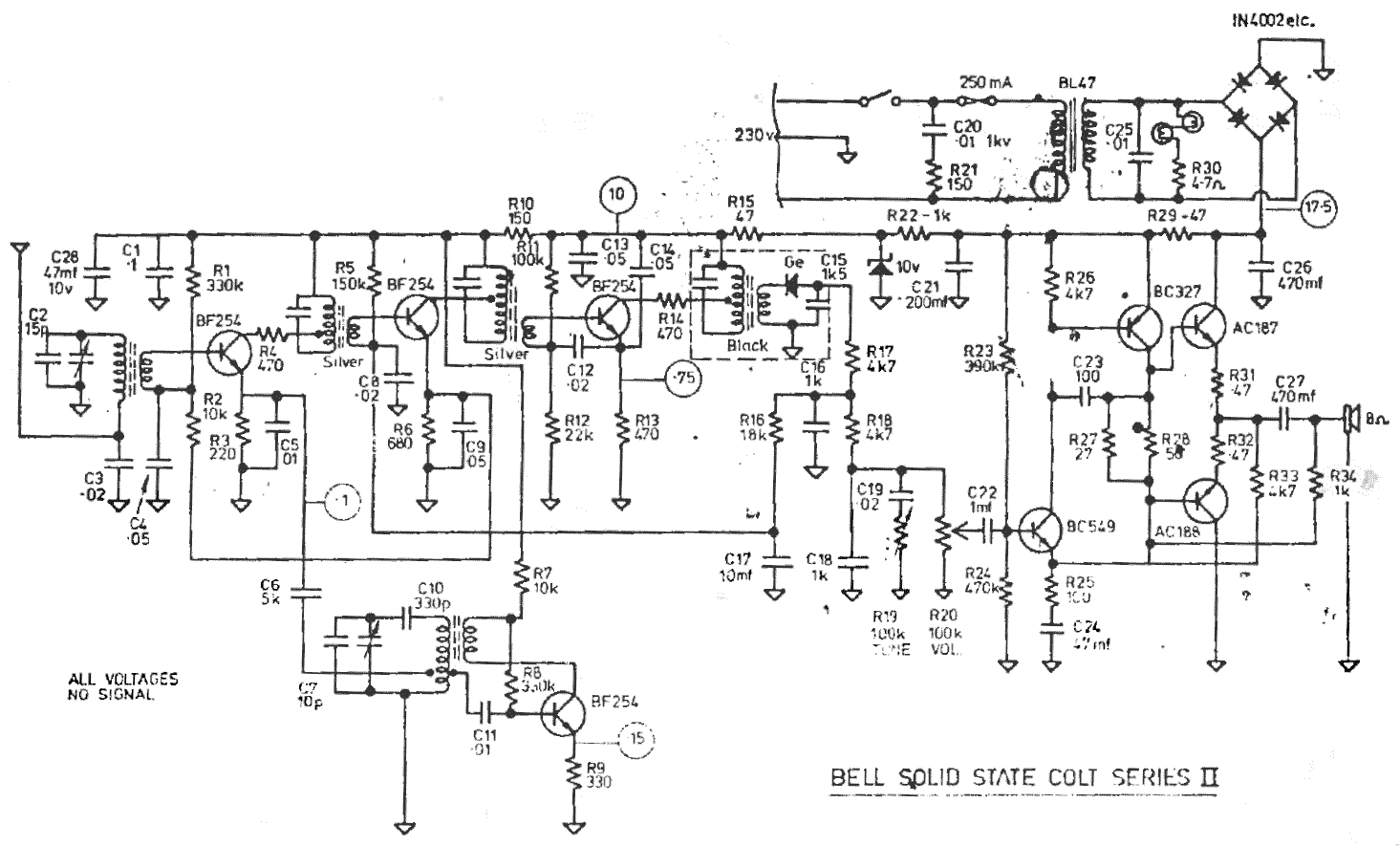