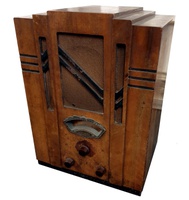 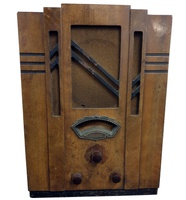 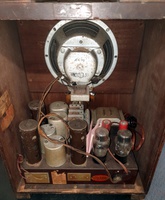 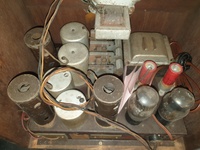 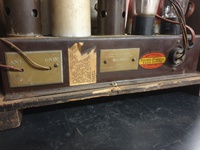 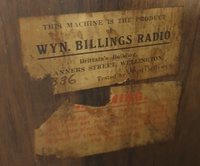 The Bellbird model 34BC was manufactured by The Billings Radio Construction Co. Ltd in 1934.

The original model appears to have been made for them by W. Marks / Radio Corp NZ in 1932/33 and is probably quite similar to typical Radio Corp models of that era, then production was briefly located at Wyn. Billings Radio in Manners St... but after that, all radios seem to have been made in Cornhill St.