The Clipper model 513 was manufactured for G. A. Wooller & Co. Ltd by Akrad Radio Corporation Ltd in 1953. 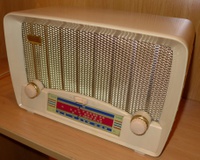 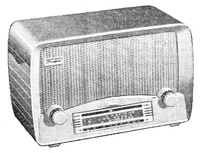 Ivory plastic cabinet, gold grill and knob trims.  Interestingly, while the Pacific and Regent versions were advertised as "Coronation" models, this one does not appear to have been. 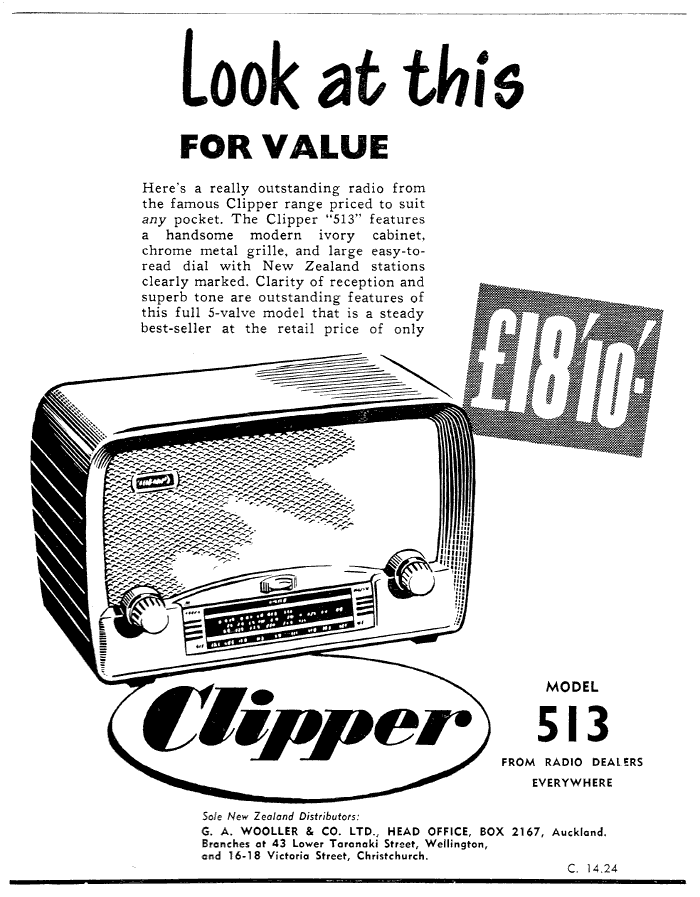 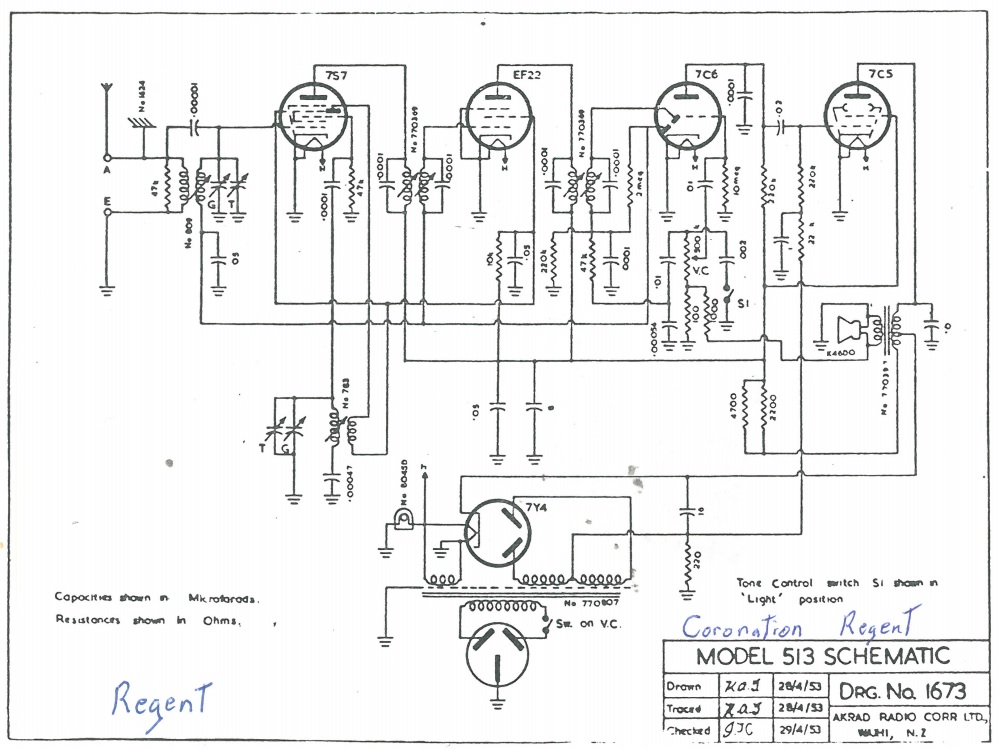