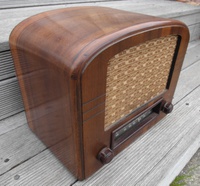 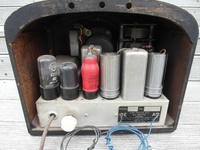 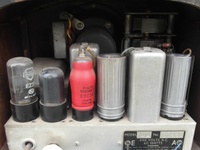 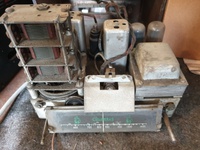 The Columbus model 14 was manufactured for Columbus Radio Centre Ltd by Radio Corporation of New Zealand Ltd in 1945, it was in production for about 4 years.

One of the new post-WWII Columbus 'Miniatures' (Which also included the model 6 at this time).  There were two model 14 designs using the same 5-valve broadcast band chassis, the Gainsborough (this model is often referred to as the tramcar due to its unusual shape), and this one, the Raeburn. 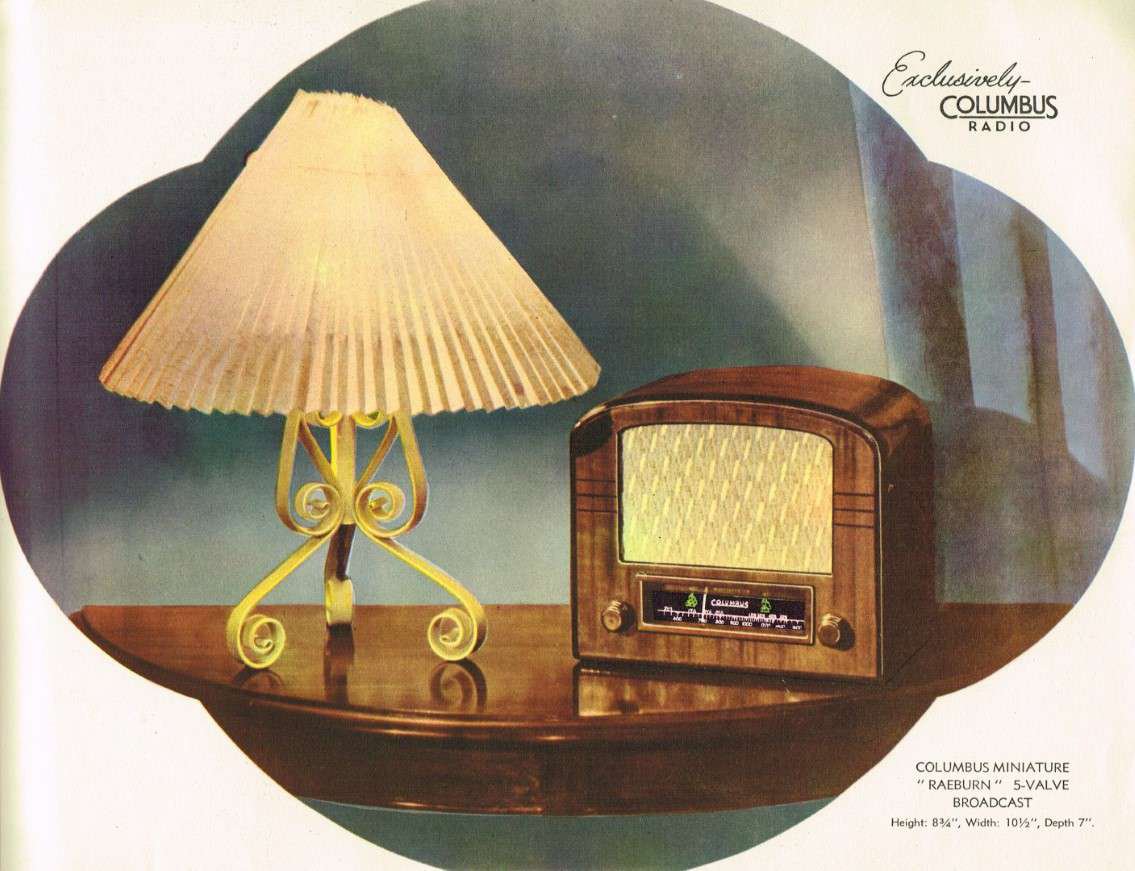 Bill Heinz noted in his reflections of working at Radio Corp that the model 14 had a special 'holiday time' assembly line of schoolboys - and this led to a lot of dry joints and other issues in the sets.  Those same schoolboys also had training in-house to learn about radio by studying the Hikers One.  What an opportunity that would have been. 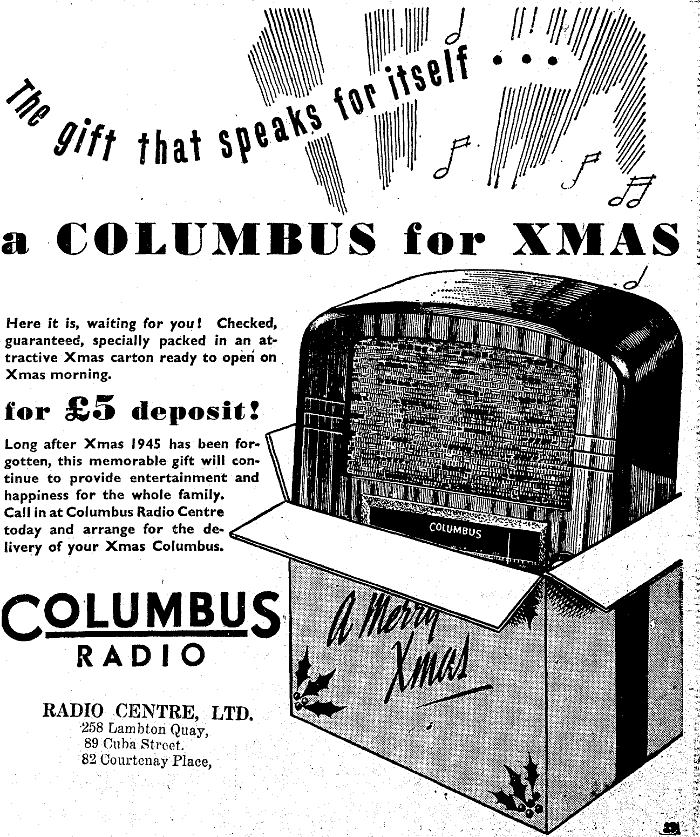 Released over several years, there was a model 14 chassis, a 14A and a 14R. From examination the GT valves with metal shields from the 14A appear to be changed to metal valves in the 14R - although this could have been done by owners over the years though. 14A models appear in 1945-46 and the 14R appears to be 1946-48.  14A models have an upright tuning condenser, while later models (R-variants) have it more traditionally flat-mounted.

Notes on the schematic show that models with dial scale part# OE22 use a 3-gang Plessey tuner with one gang unused. 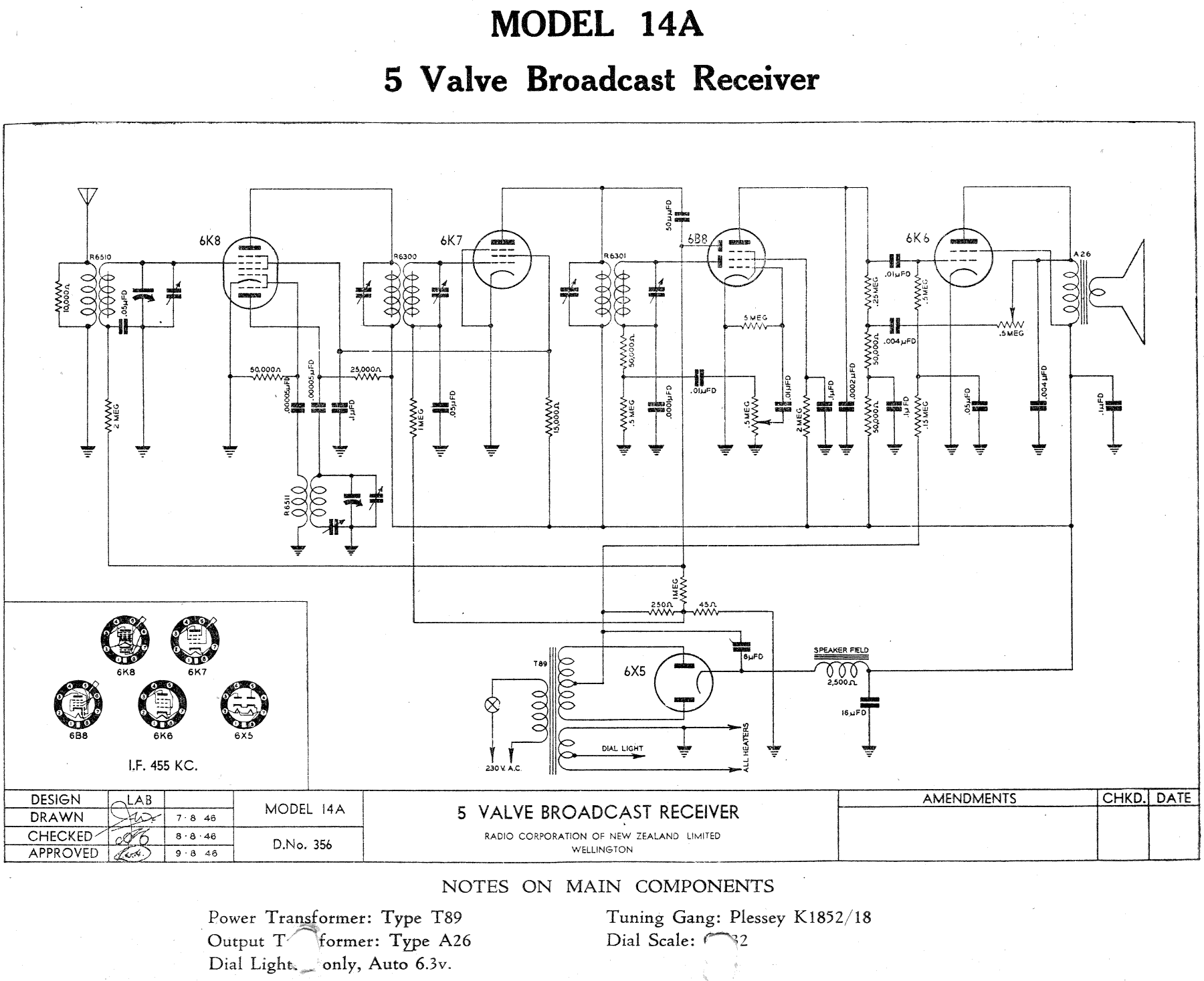