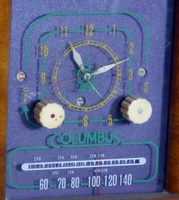 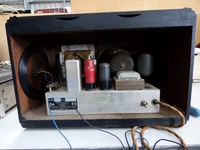 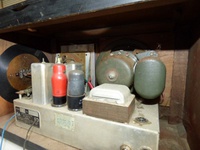 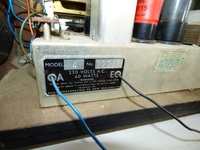 The Columbus model 4 was manufactured for Columbus Radio Centre Ltd by Radio Corporation of New Zealand Ltd in 1952. 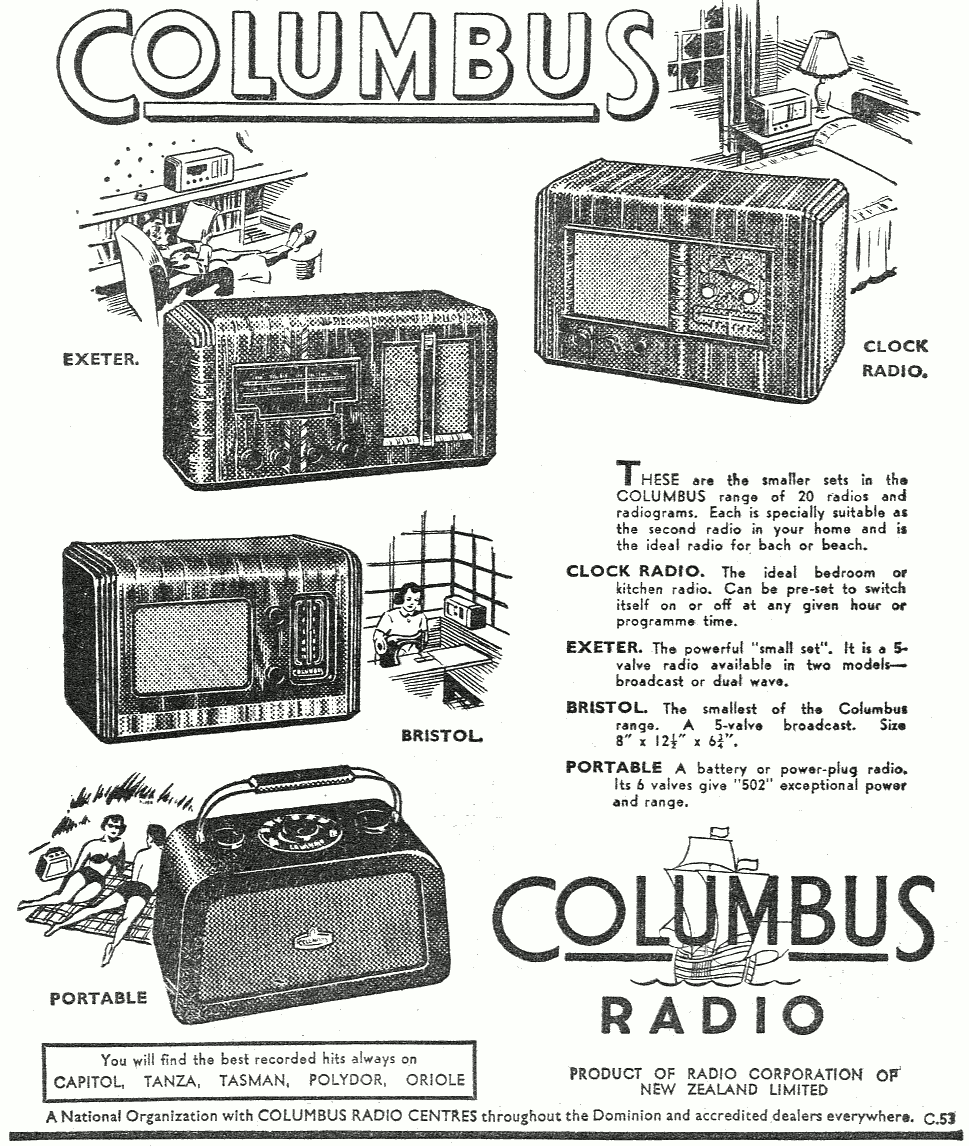 John Stokes wrote a 2-page article in one issue of the NZVRS magazine on the unusual design of this set and how it appears to have been a grafting of two circuits from the Radiotron Designers Handbook, 4th Edition (published 1952) to produce a reflexed superhet.  Its possibly the only commercial use of reflexing in a NZ-built set since the late 1930's when Radio Ltd produced a few el-cheapo 4-valve sets.  The article is available here.  Its possible that this set was the result of the RCNZ cadet program, where young men would be trained to be radio technicians?  Its hard to believe with the in-house skills that RCNZ had that it would produce a set based so closely on someone elses work. 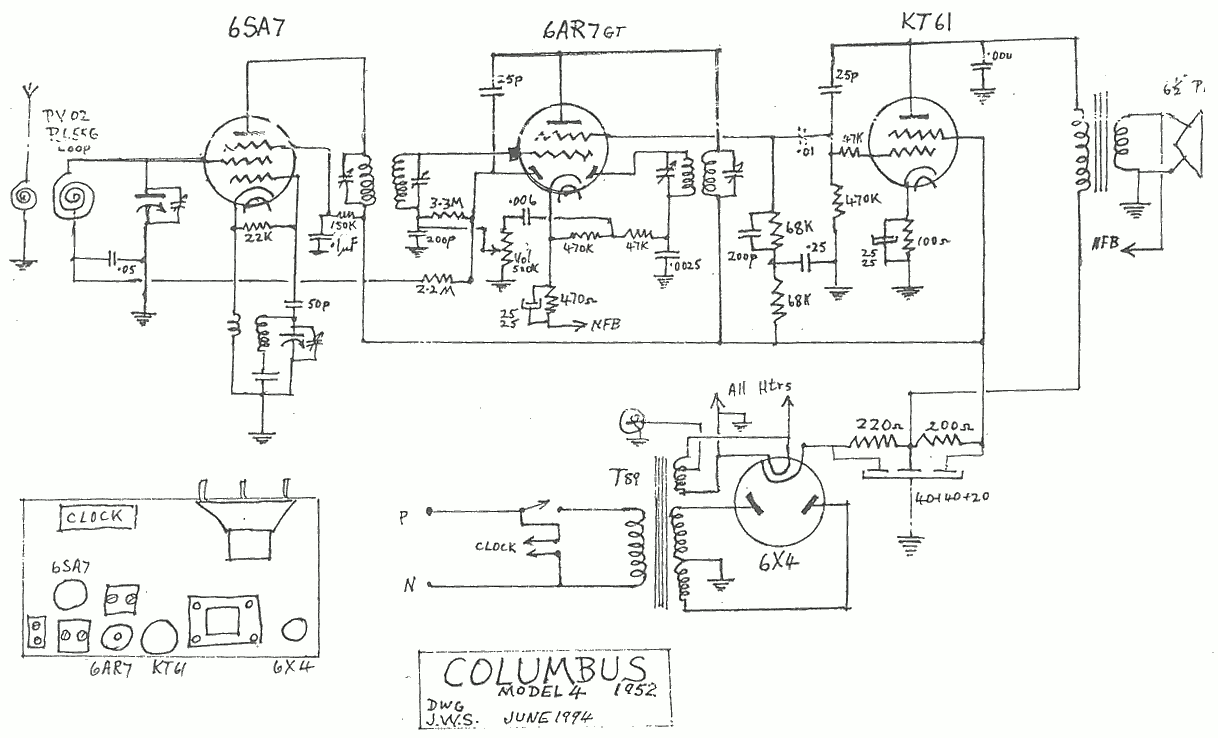