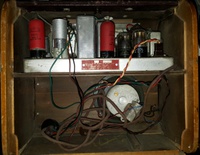 The Columbus model 402 was manufactured for Columbus Radio Centre Ltd by Radio Corporation of New Zealand Ltd in 1947, it was in production for about 4 years. It's part of the Columbus Portables series of radios. 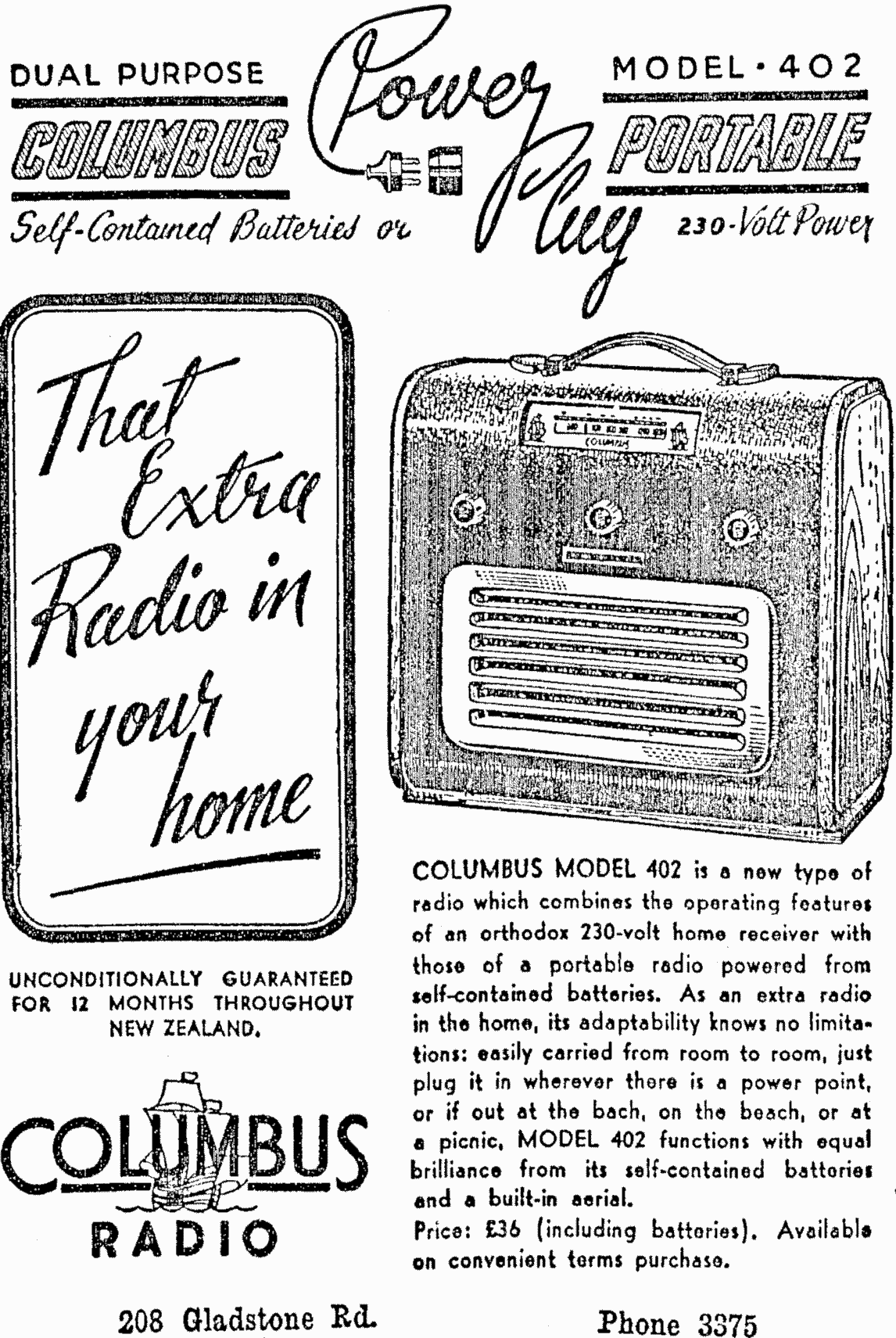 The Columbus model 402 is part of the Columbus Portables series of radios.

At least three variations on the base schematic - from serial number 84401 the original twin-parallel 1A5's are replaced with a 3Q5.  And the 402Z appears to be an almost complete redesign around miniature valves. 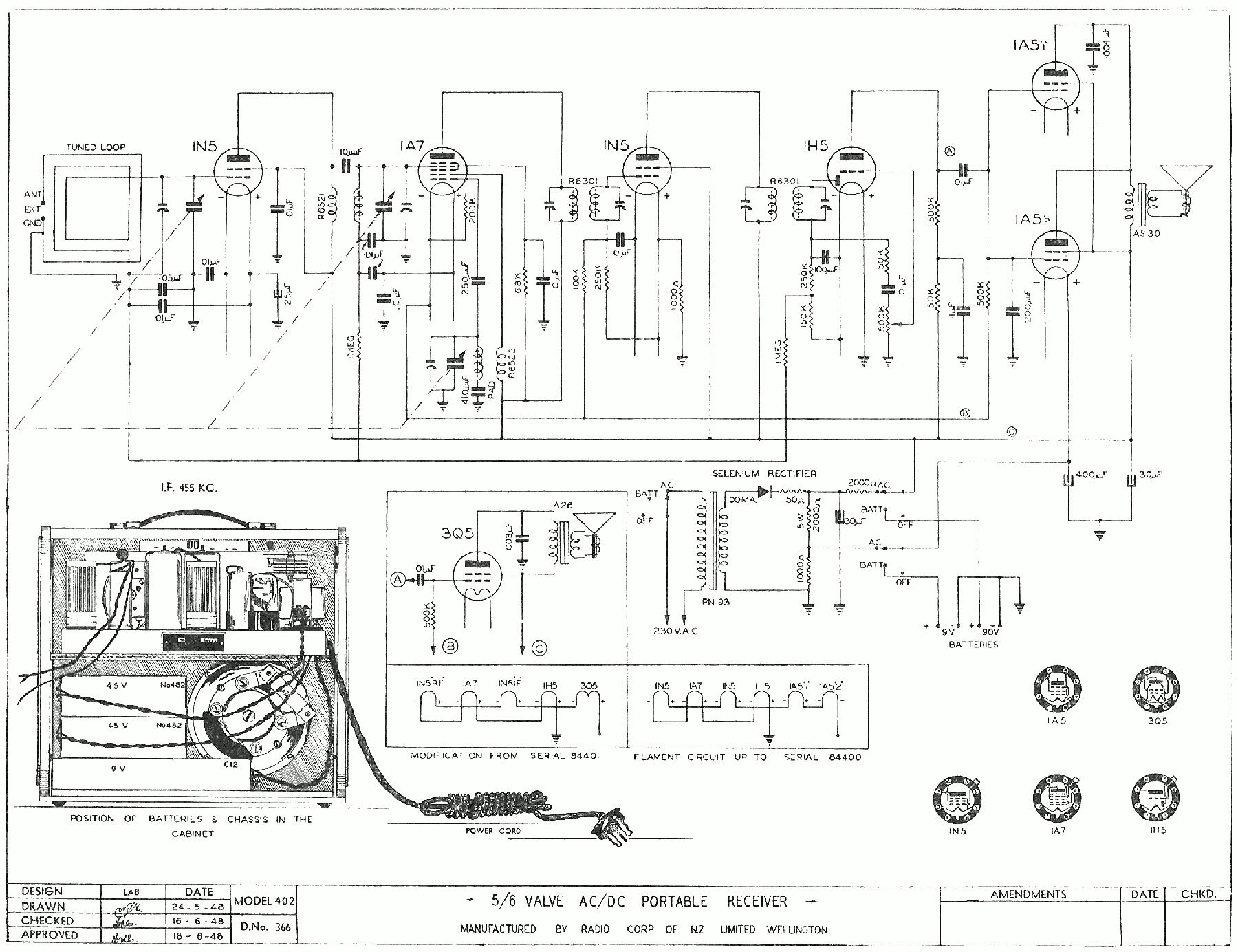 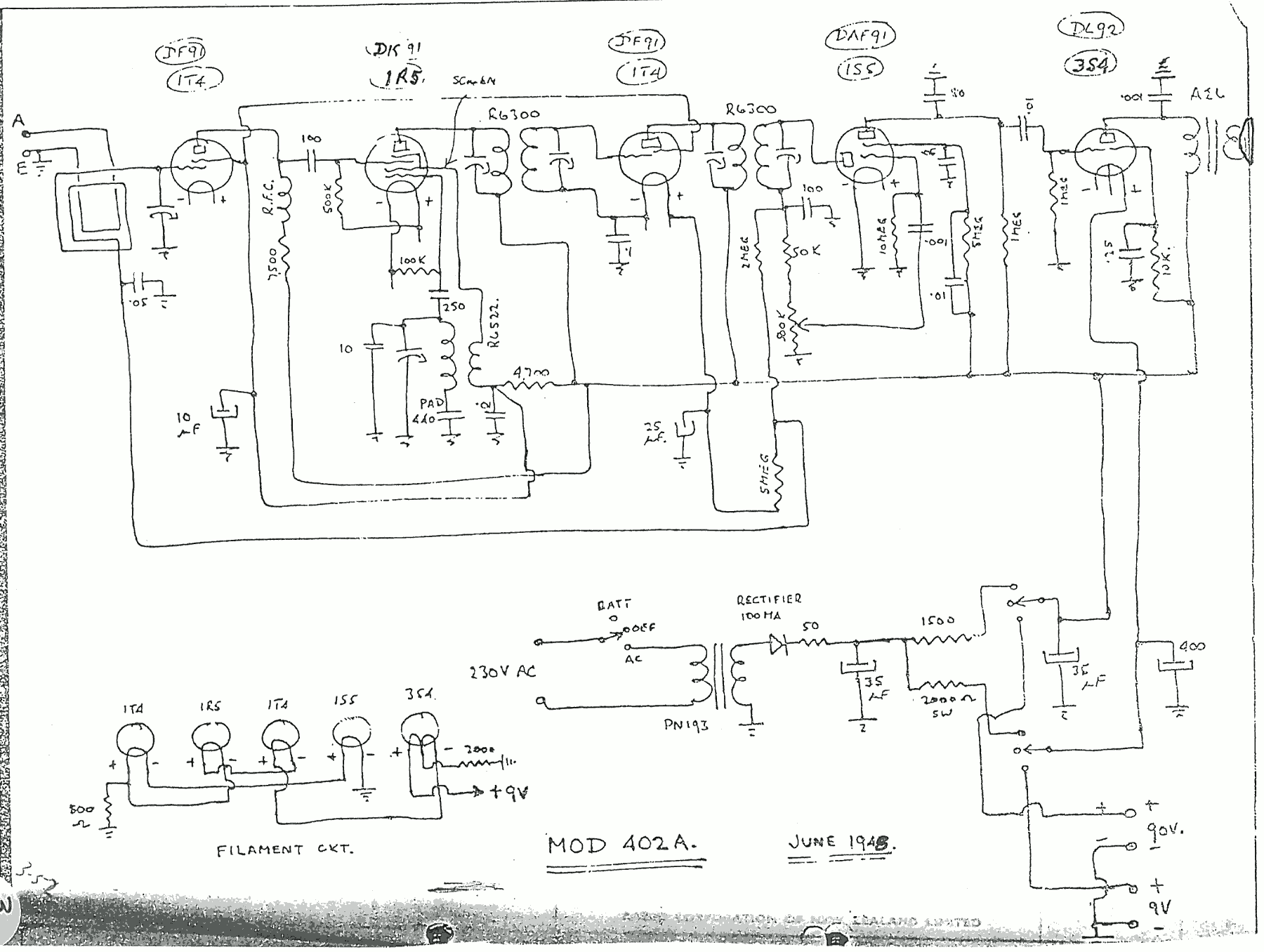 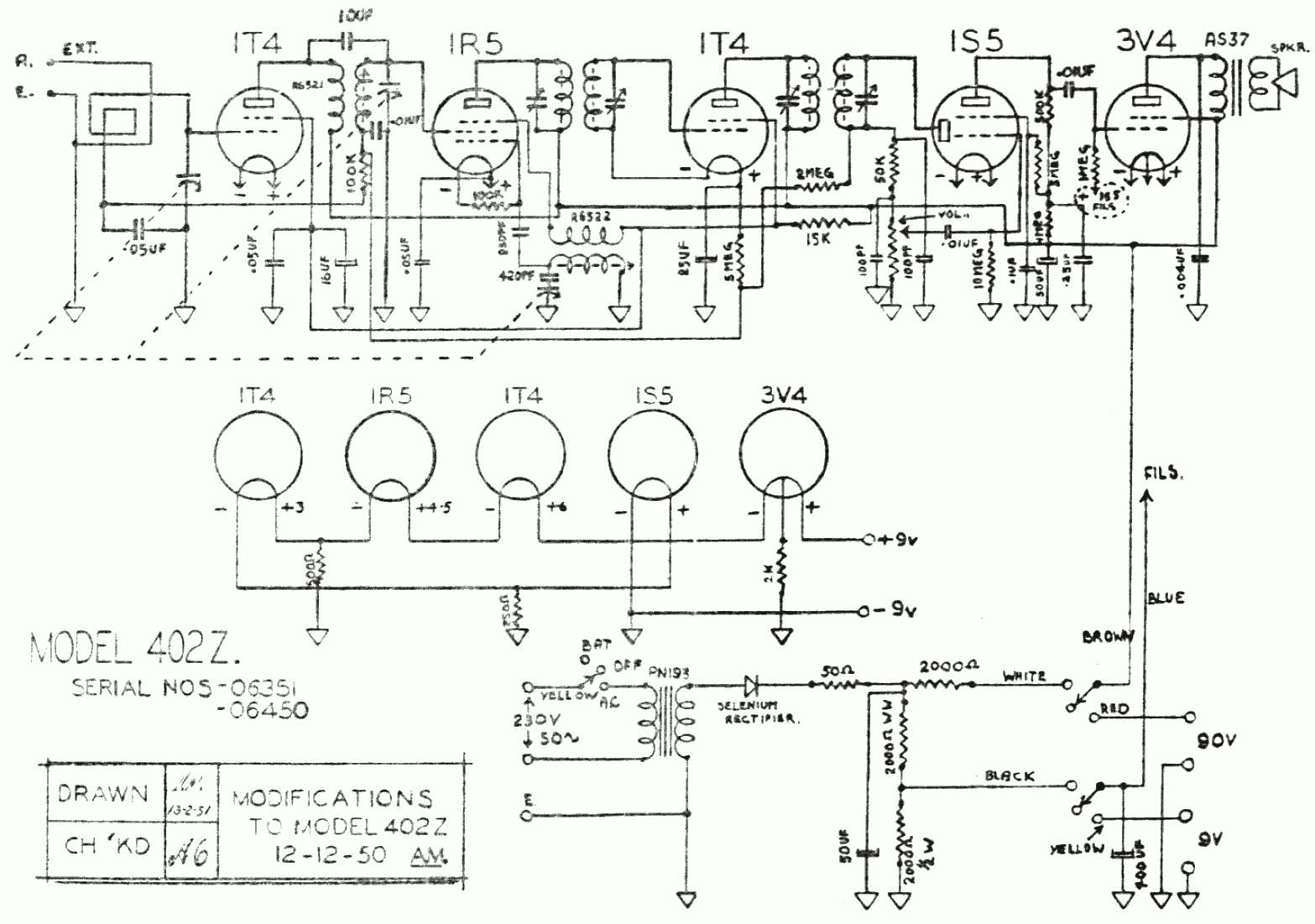 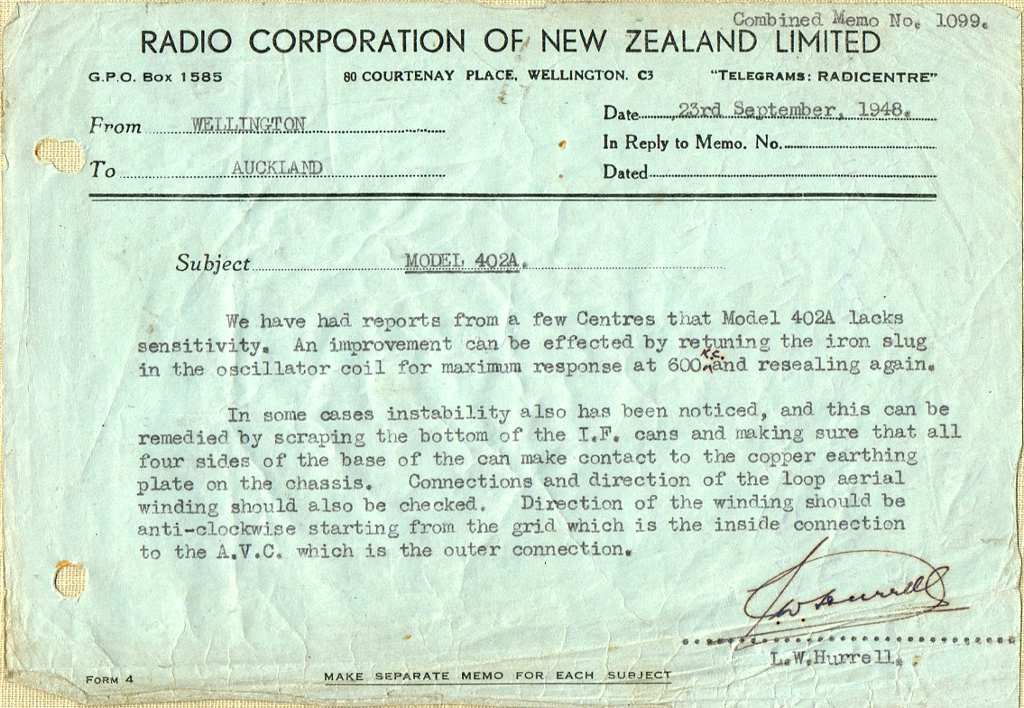