The Columbus model 42 was manufactured for Columbus Radio Centre Ltd by Radio Corporation of New Zealand Ltd in 1946.

Battery version of the Model 53 'Corvette'

Photo above is of a model 53, which has 3 controls.  Service information shows 4 (battery on/off switch as well), so visually it might look more like a model 55 dual wave version, but with a broadcast band only dial.  Interestingly the photo from the paper clipping below shows a three-control version, which was probably from a stock photo of a model 53. 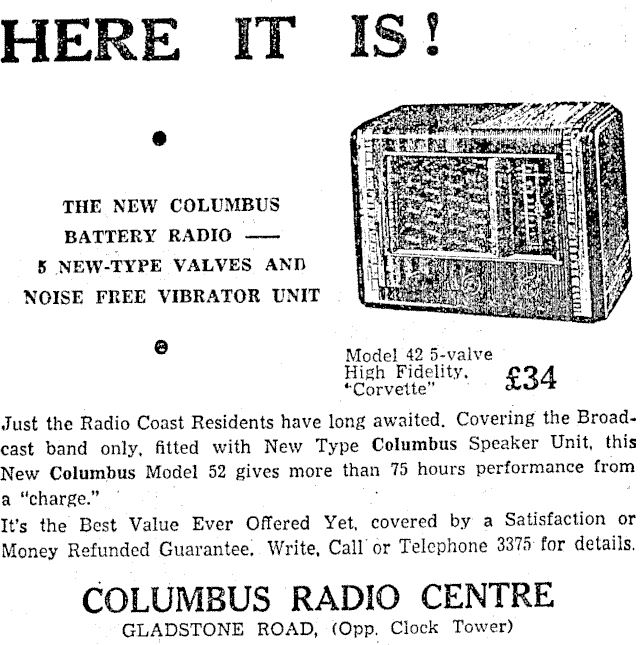 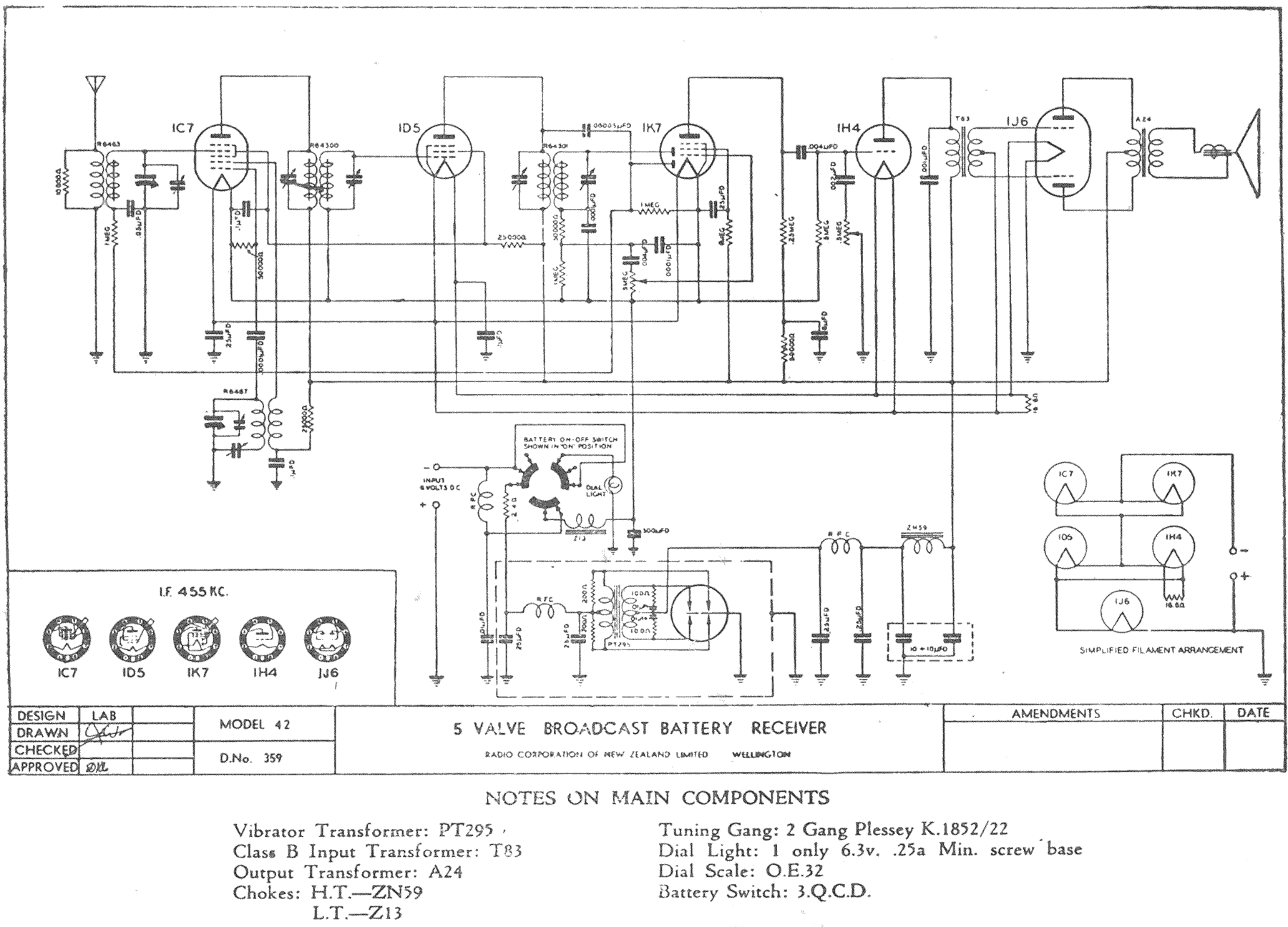