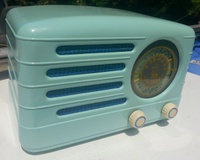 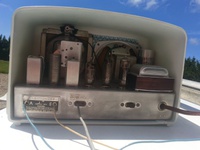 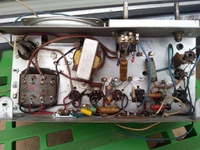 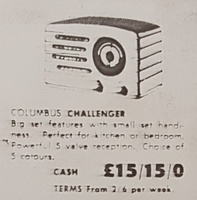 The Columbus model 515 was manufactured for Columbus Radio Centre Ltd by Radio Corporation of New Zealand Ltd in 1957.

Two different dial glasses - both with red insulated wire strung across the face of the dial drum and soldered in place at each end as a pointer.

Note: blue set photographed has been resto-mod'd and pointer is now yellow while cabinet is painted to deal with cracks - the chassis is restored to factory.

NB: Some sets are IF-peaked at 465kc/s as per note below 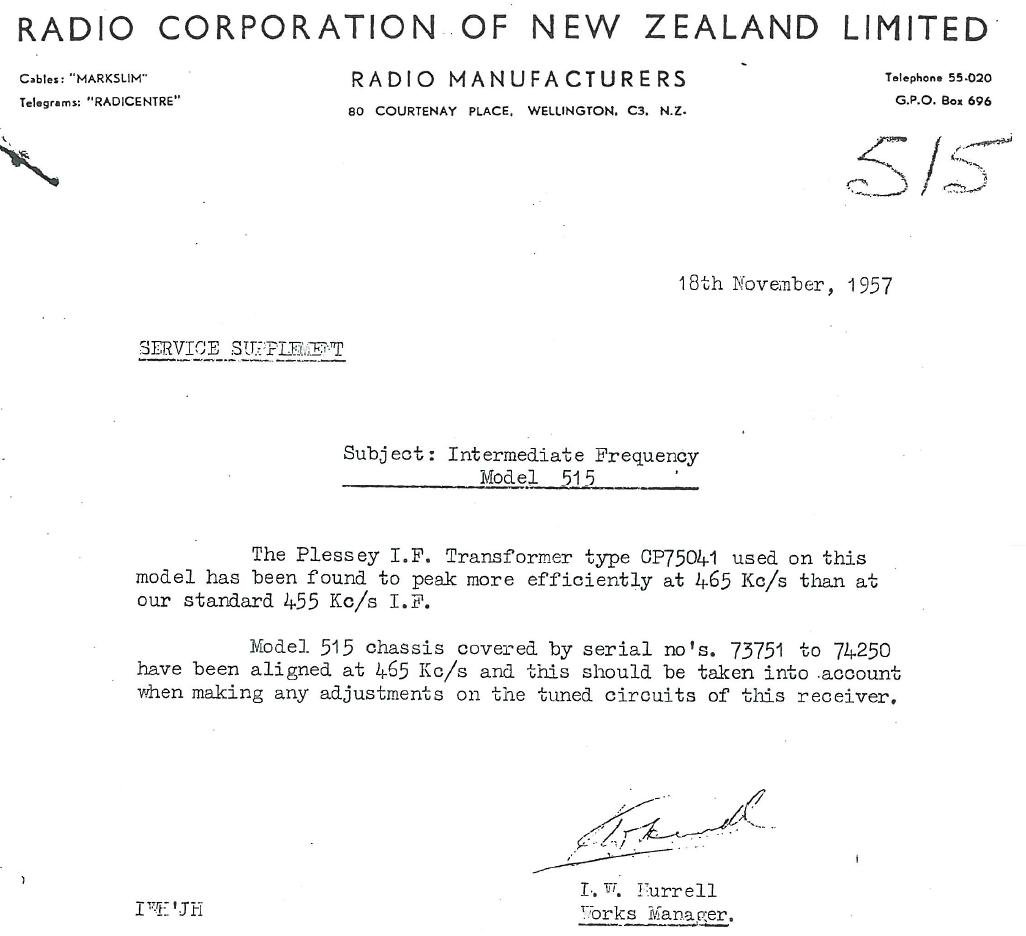 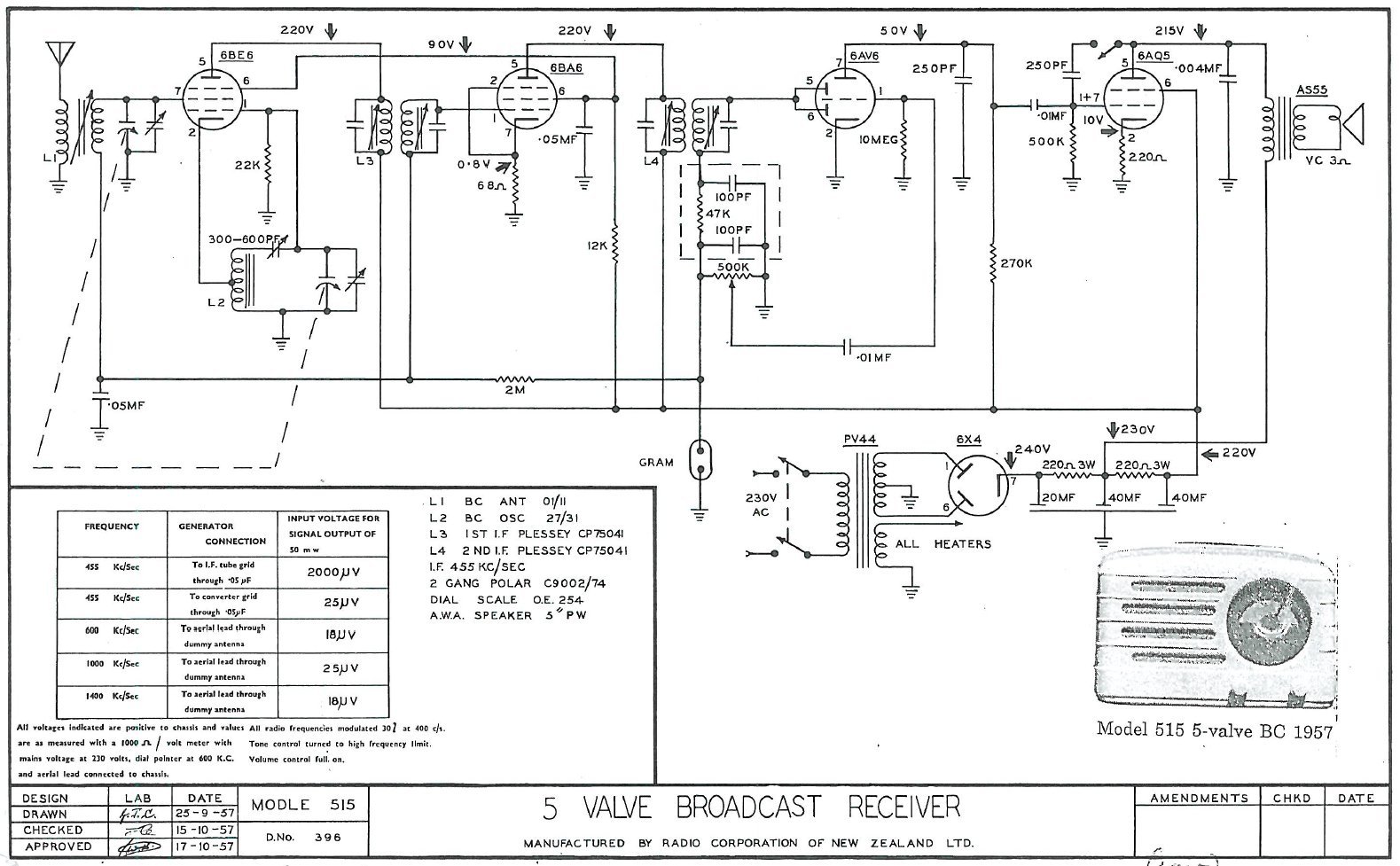