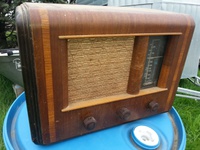 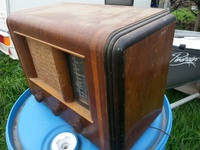 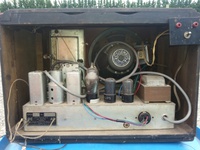 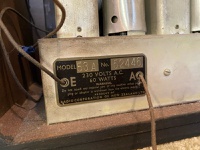 The Columbus model 53 was manufactured for Columbus Radio Centre Ltd by Radio Corporation of New Zealand Ltd in 1946, it was in production for 3 years.

Referred to in Columbus literature as the "Radio for the Smaller Home".  One of a pair of radios in that category that Radio Corp of NZ released at the end of WWII.  This is the broadcast-band version, while the other is the dual-wave model 55 Corvette.

53 - original late-1945 model?  (The earliest sighted advertising for these sets began in November 1945 and the sets were probably part of the post-war new lineup despite the accepted 1946 start date).  If you have one please get in touch with valve lineup, dial and chassis photos if possible.

53A - 1945-46 - different tuning gang and associated dial?  The sales booklet refers to the A variant on its schematic page near the back, as does the official service information.  Dial has white 'Columbus' and green ship.

53R - Service note suggests 'Oscillator bias on all valves' although exactly what this means is unclear to the author - and R variant to study would be handy.  Date unknown

53S - 1948 - 'S'elf biased, or cathode biased circuitry.  Originally these radios had an older style of setting the correct voltages for the different valves - but production shifted to using this method in around 1948, some two years after the model was initially released.  There may be other changes which have not yet been noted.  Dial has green 'Columbus' and white ship.

In 1949 the (relatively) tiny model 5 was released, and its unlikely the model 53 would have found many buyers when set against this new smaller set - certainly the author has yet to see a serial number beginning in 9 or 0 on any Corvette models.

The original sales booklet for the model 53 and 55 available for download here.

From the sales booklet:

The five-valve radio has held, and will always hold a prominent place in New Zealand homes for the reason that most of our larger centres have excellent coverage from nearby broadcasting stations which cater adequately for the entertainment needs of a large proportion of the listening public.

Therefore, in the knowledge that many people will choose five-valve radio in preference to higher-powered and more expensive models, Columbus has been concerned to provide in its range, two designs capable of superlative reproduction of local programmes but which will, if need be, reach further afield for distant broadcast and shortwave programmes.

In both Model 53 (broadcast only) and Model 55 (dualwave), emphasis is strongly upon quality of tonal reproduction tonal luxury, if you will, at the highest levels that modesty of cost will permit.

To reach this result, modern techniques of tonal control, which hitherto have been reserved for larger and more expensive radio, have been incorporated into these models and this inherent quality of design is further supplemented by the use of an 8-inch high fidelity loudspeaker and the acoustic advantages of substantial cabinet size. It is not usual to-day to find attributes such as these in five-valve radio, but it is precisely from such practice that Columbus is able to derive the undoubted superiority of performance of these models. 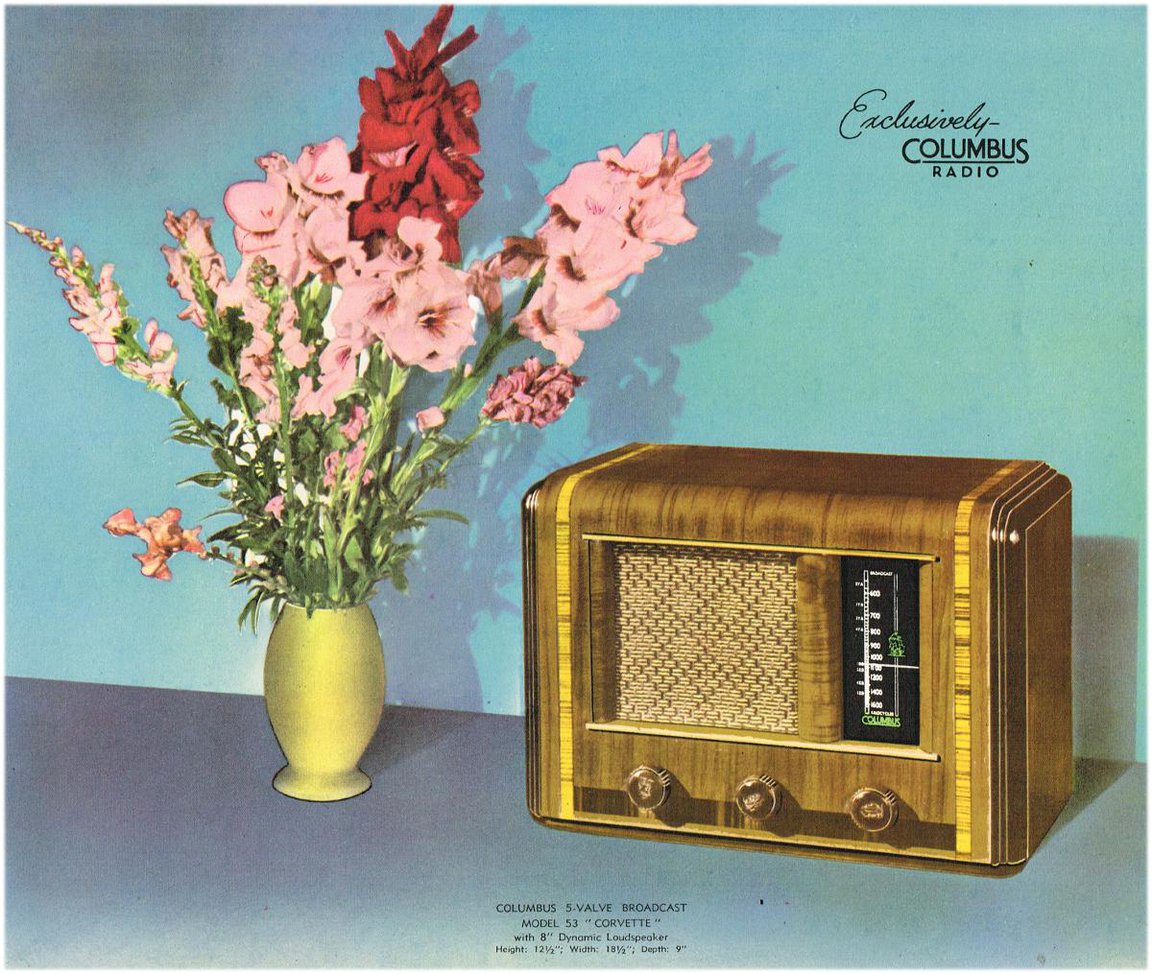 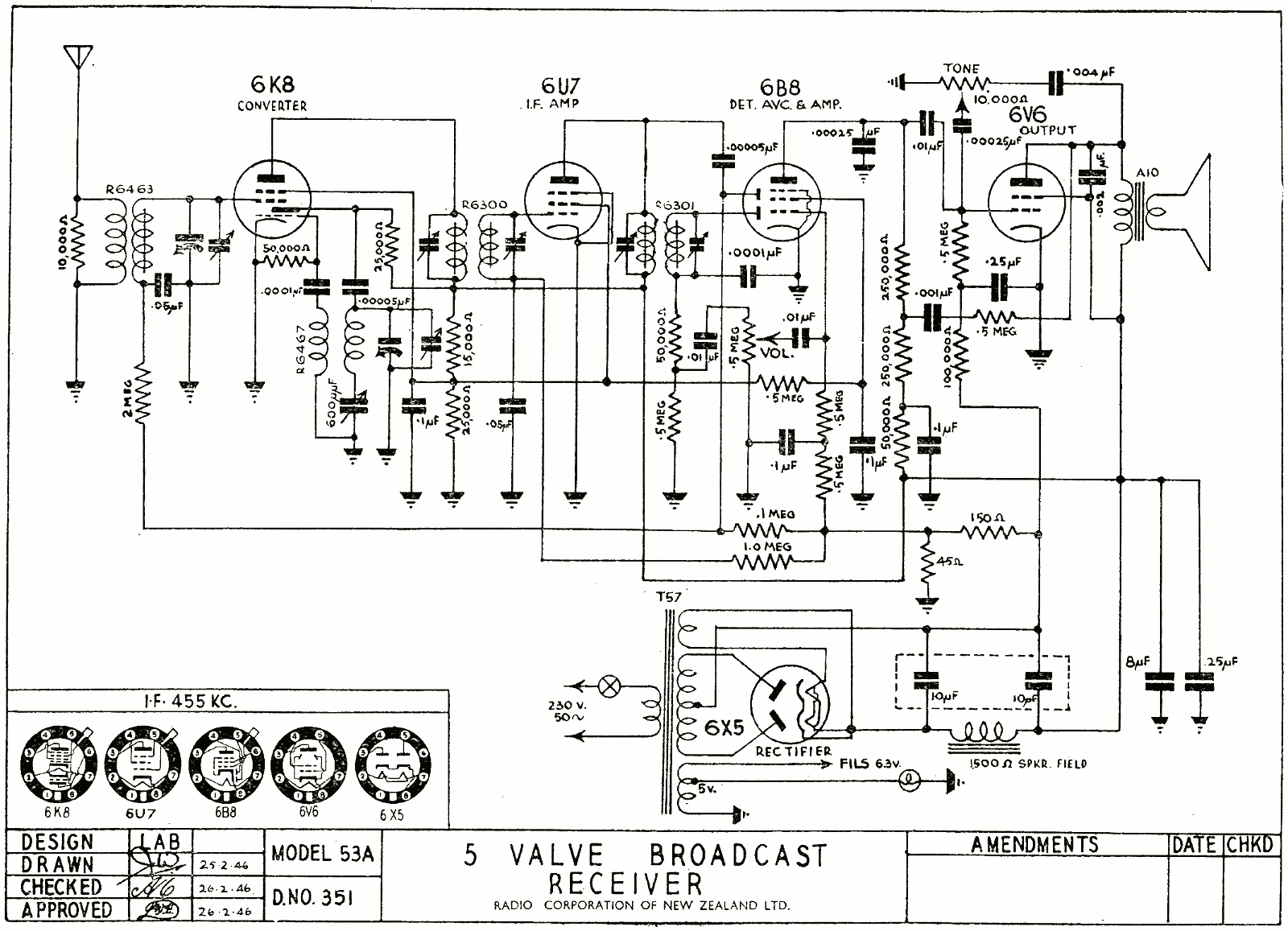 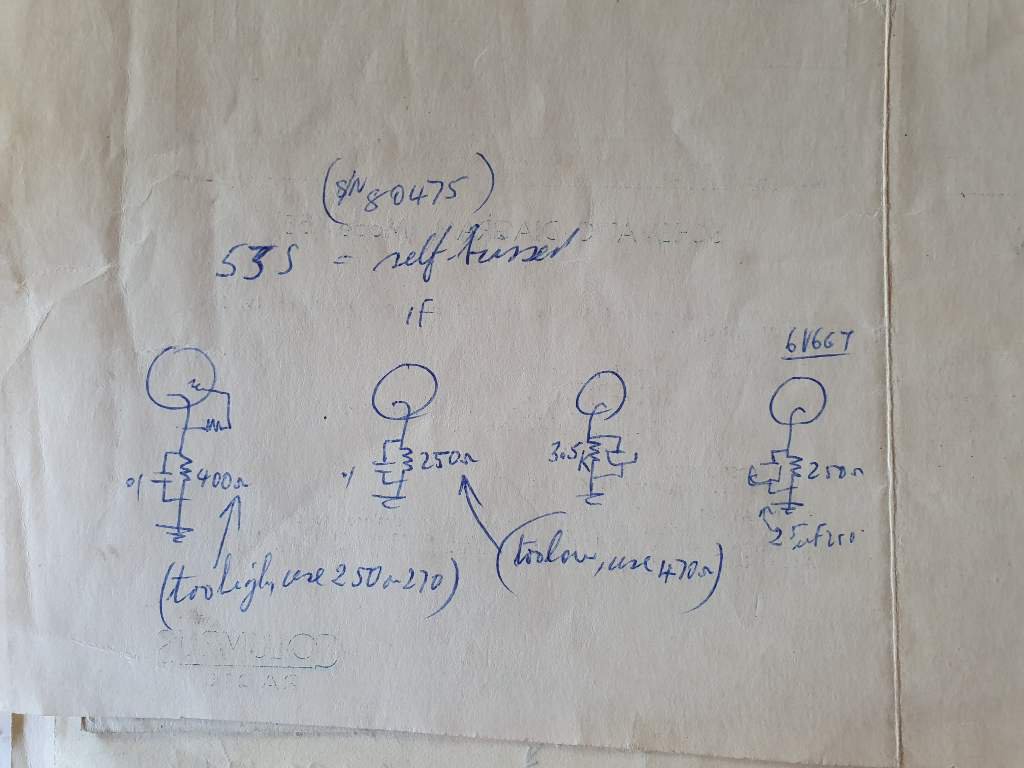