The Columbus model 565 was manufactured for Columbus Radio Centre Ltd by Radio Corporation of New Zealand Ltd in 1954.

As with the model 563, the 565 is an AWA Radiola, (presumably) rebadged by Columbus (possibly the other way around, although unlikely) and given a Kiwi station dial. 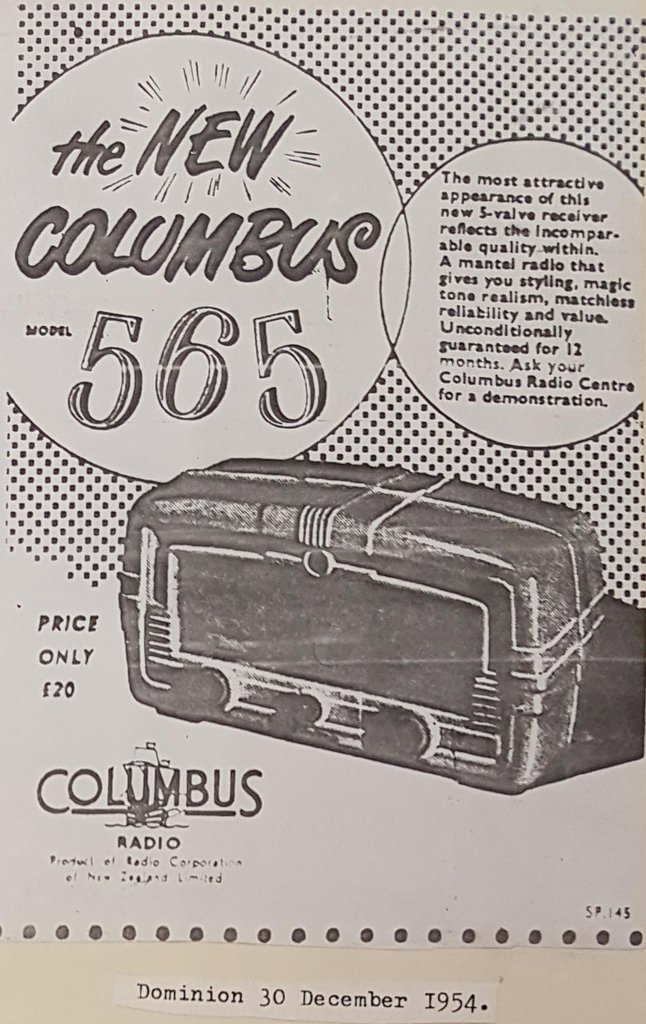 Almost certainly designed by AWA in Australia - several parts have AWA part numbers and the date of this model is a year earlier in Australian advertising. 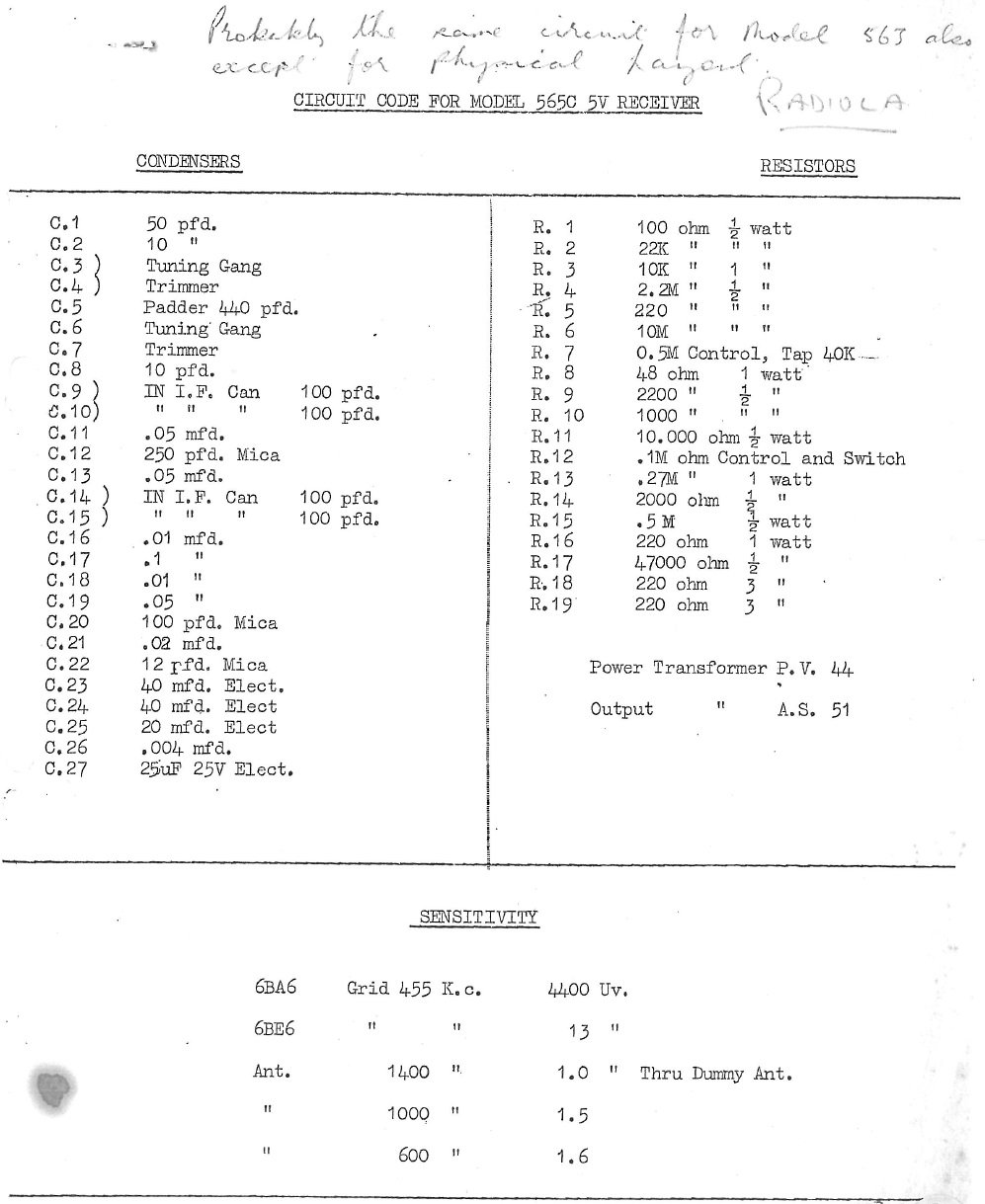 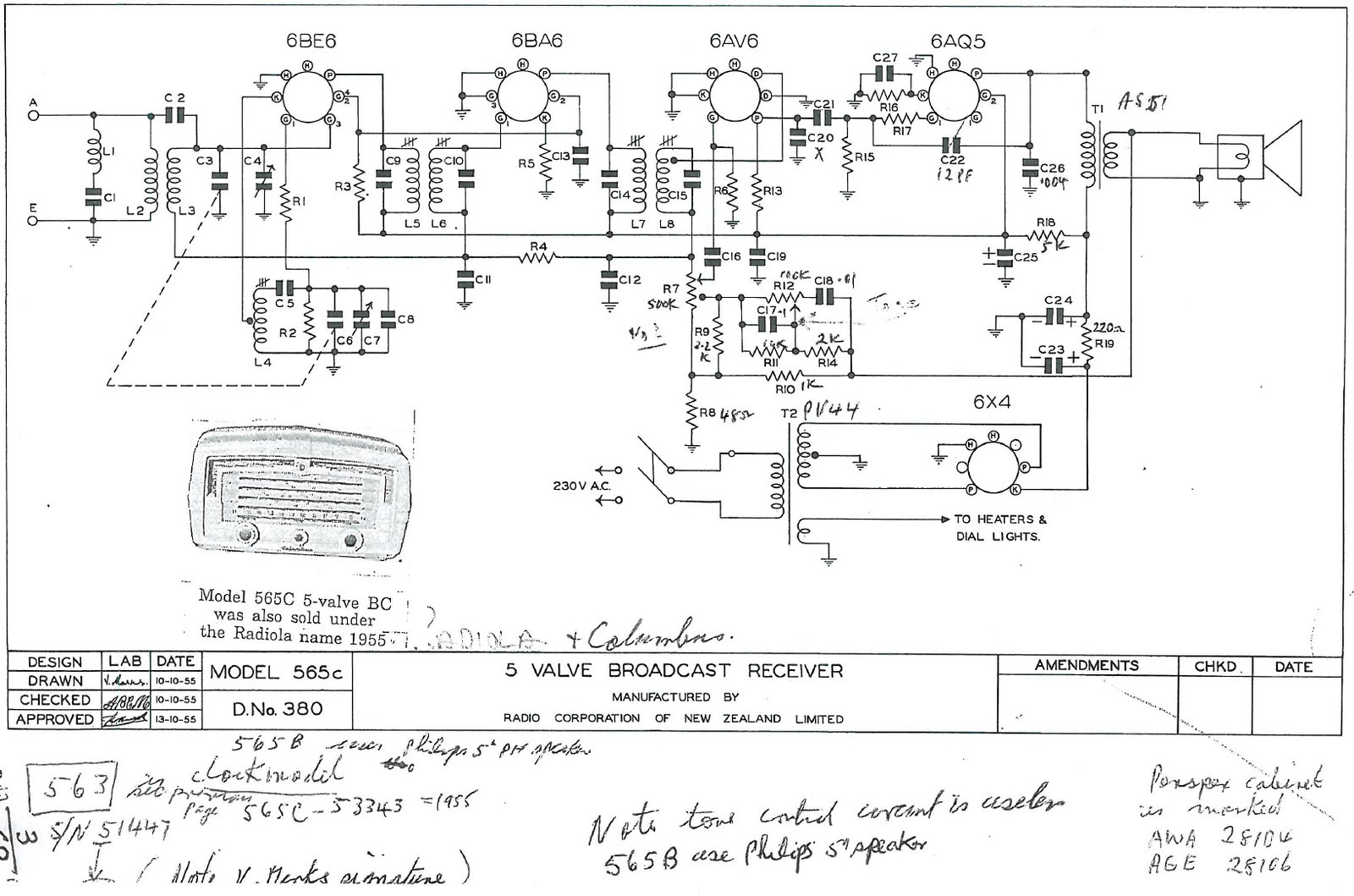