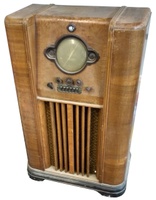 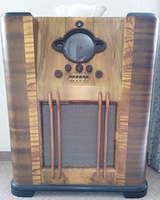 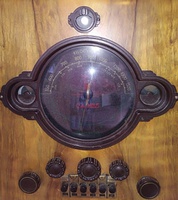 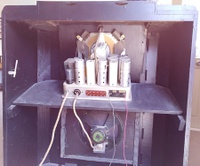 The Columbus model 65 was manufactured for Columbus Radio Centre Ltd by Radio Corporation of New Zealand Ltd in 1940.

Band selection switch has three positions, SW, BC, Pushbutton.  In pushbutton mode, the tuning gang is disconnected internally.  Each pushbutton is tuned with the corresponding top tuning shaft on the rear, then 'peaked' with the bottom one. 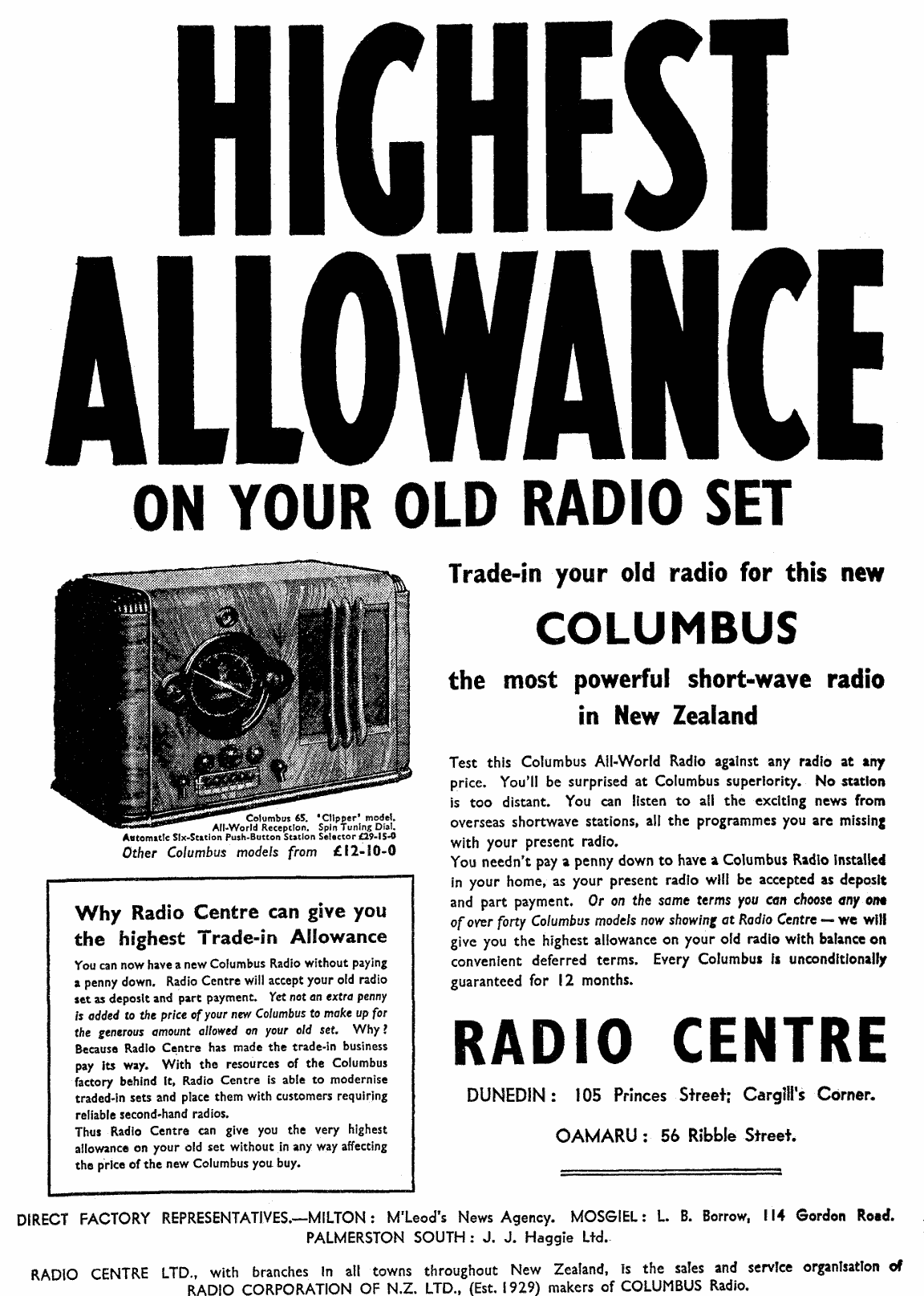 Pushbutton circuitry not shown on schematic - see model 60 for details 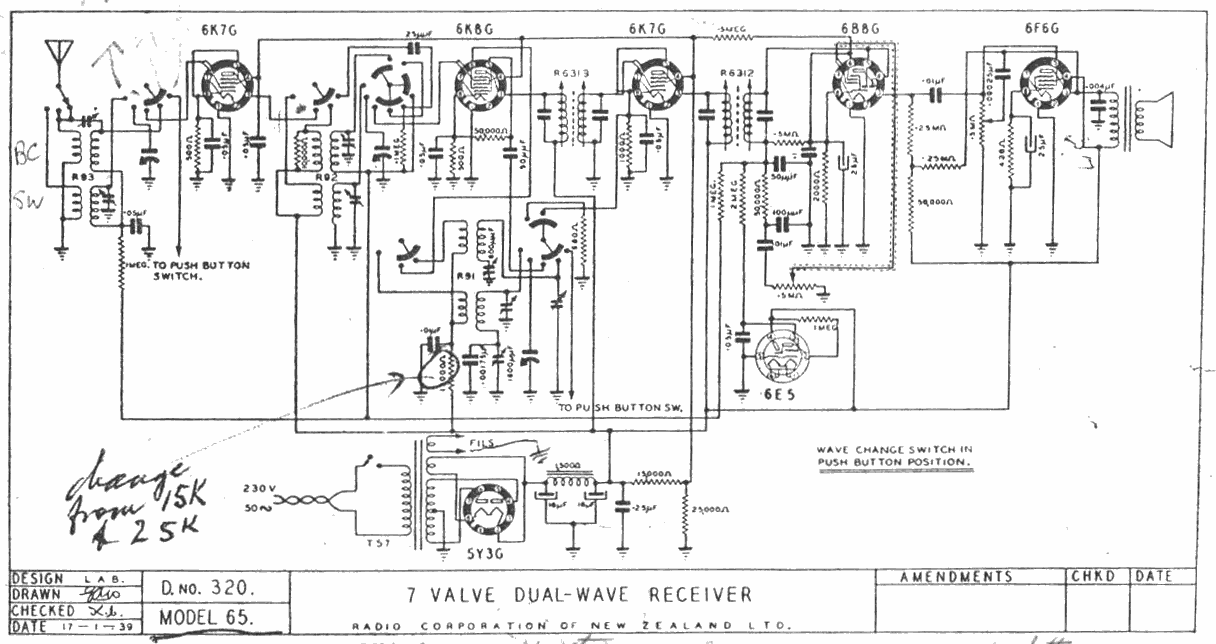 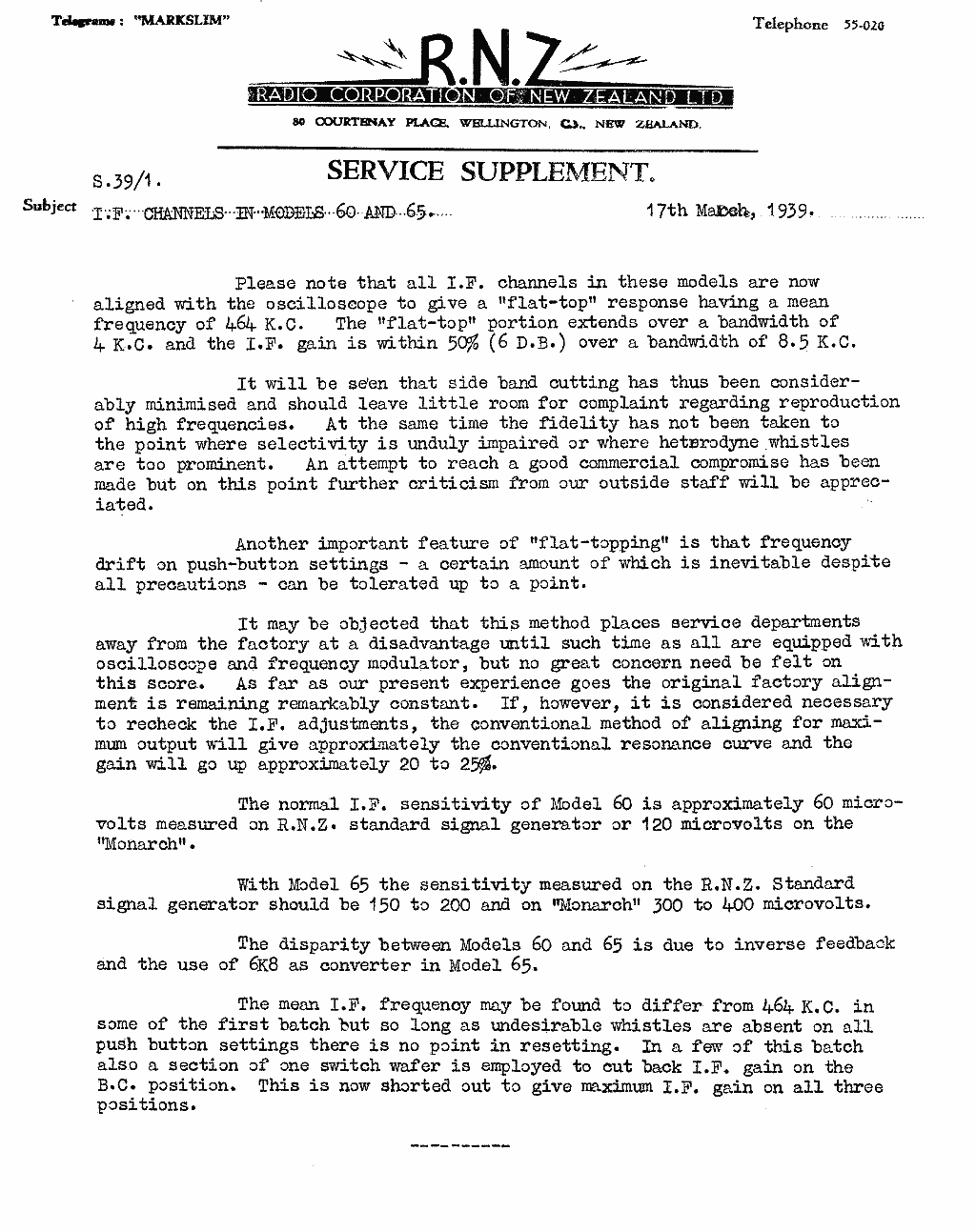