The Columbus model 66A was manufactured for Columbus Radio Centre Ltd by Radio Corporation of New Zealand Ltd in 1946. It's part of the Radio Corp model 66 Dual Wave series.

Models 66A and 66W were updated versions of the original model 66.

The Columbus model 66A is part of the 'Radio Corp model 66 Dual Wave' series.

Tone control has two variations, as shown on the schematic 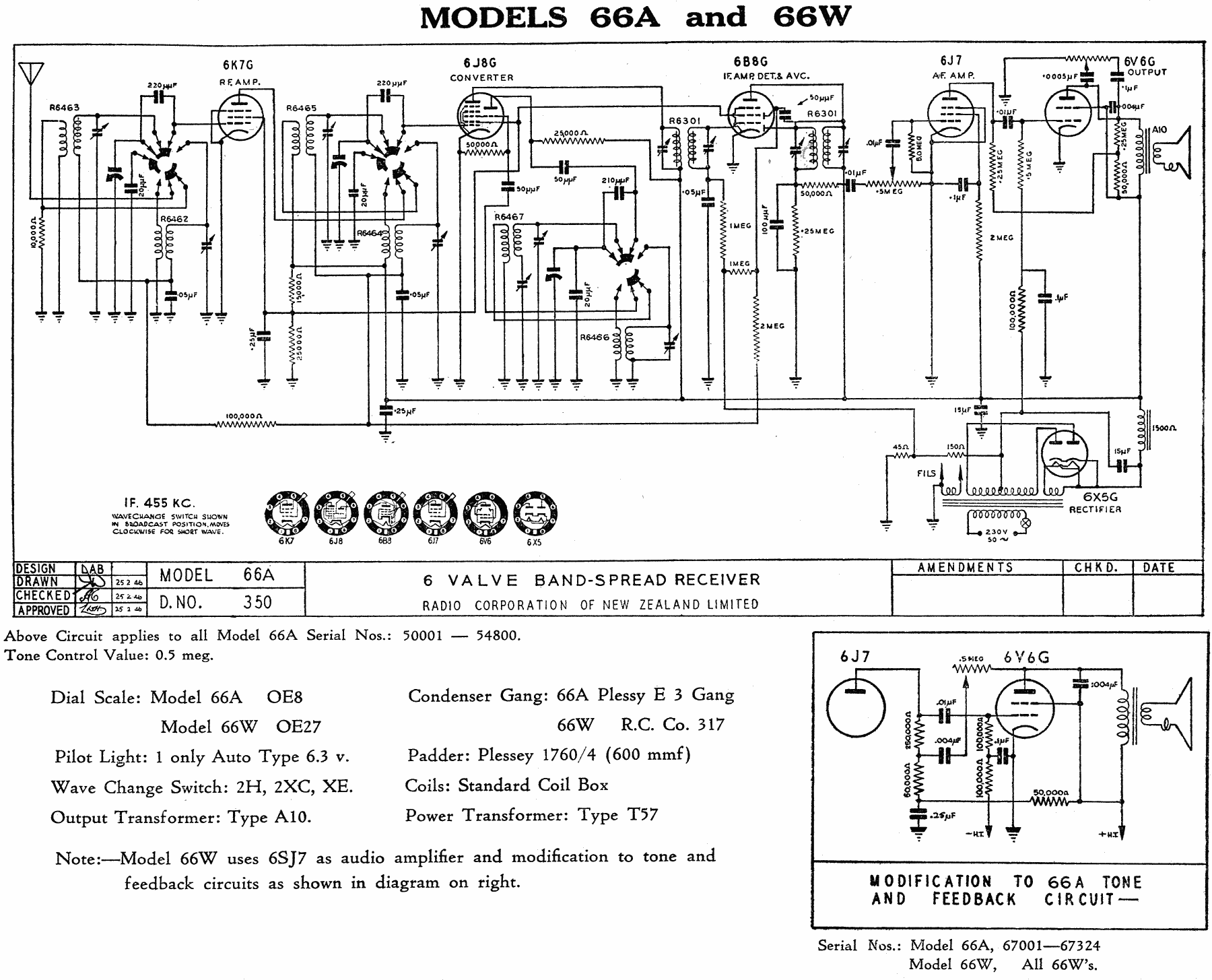 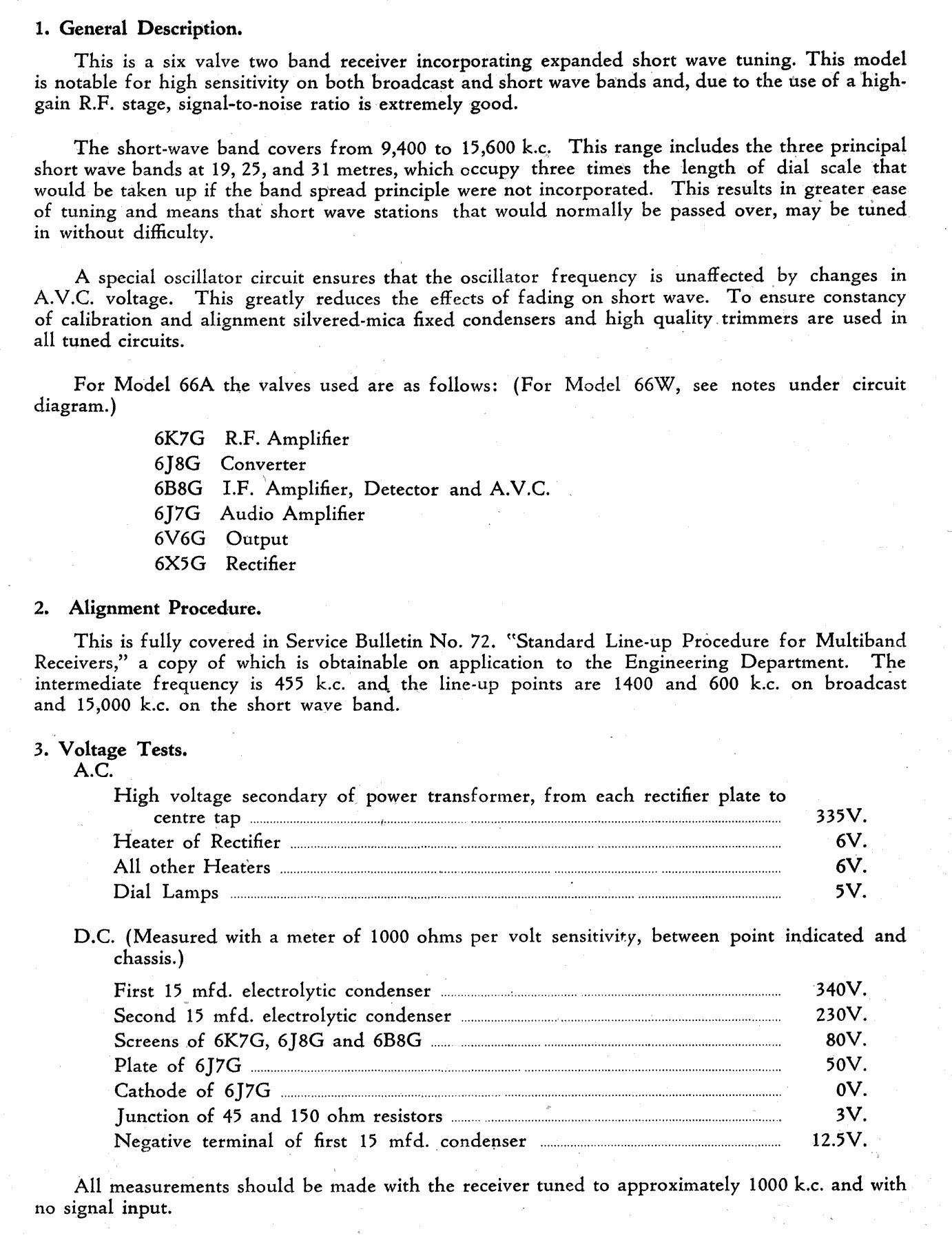 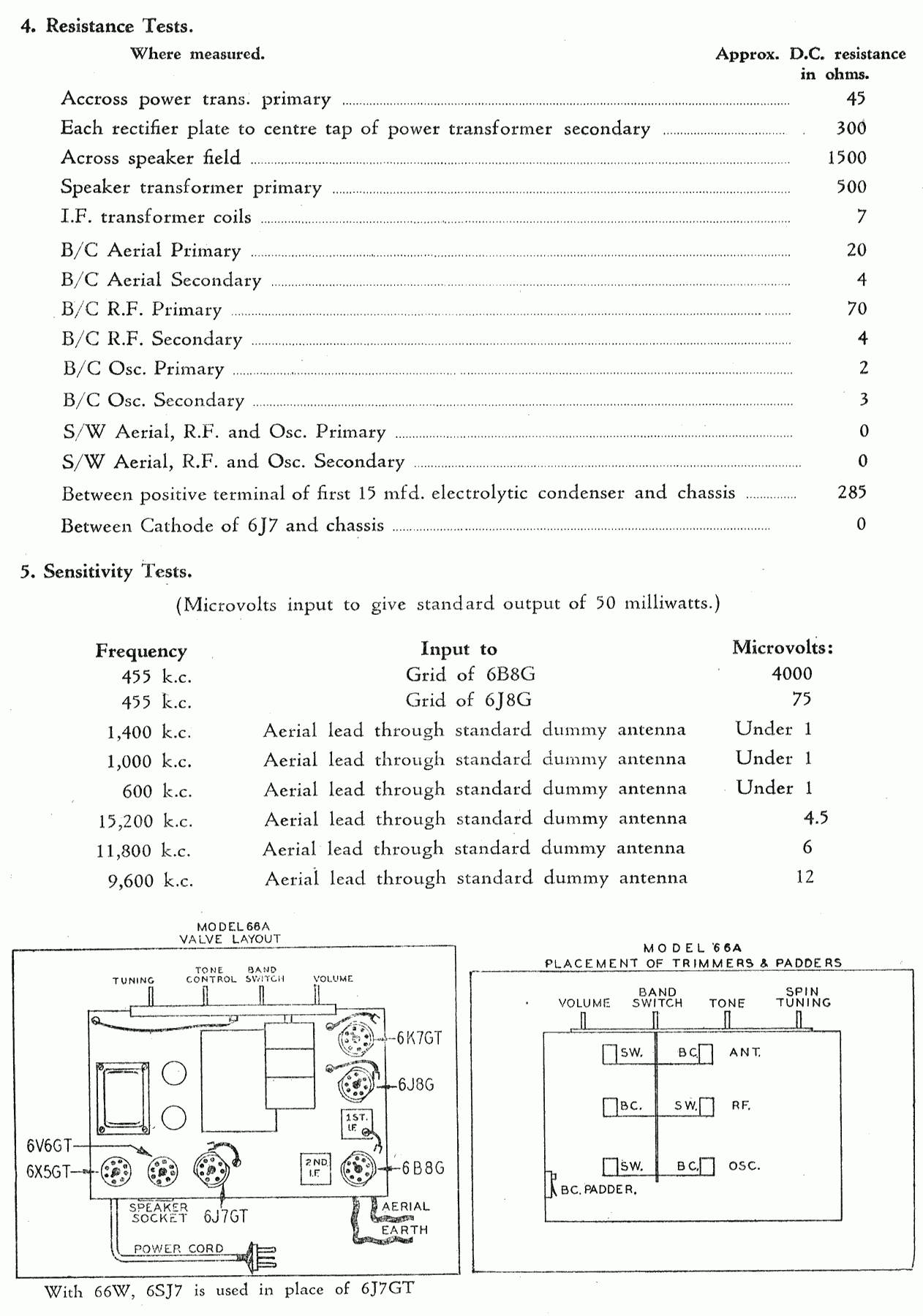