The Columbus model 810 was manufactured for Columbus Radio Centre Ltd by Radio Corporation of New Zealand Ltd in 1958. 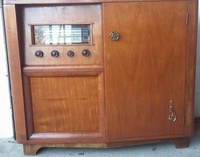 The radiogram version (the Somerset) of the Columbus 810 has two speakers as shown on the schematic, while this model (the Plymouth) has one 10" x 6" Elliptical speaker fitted.

Service note from the schematic:

Distortion: check leakage on R/G switch - B+ to diode load 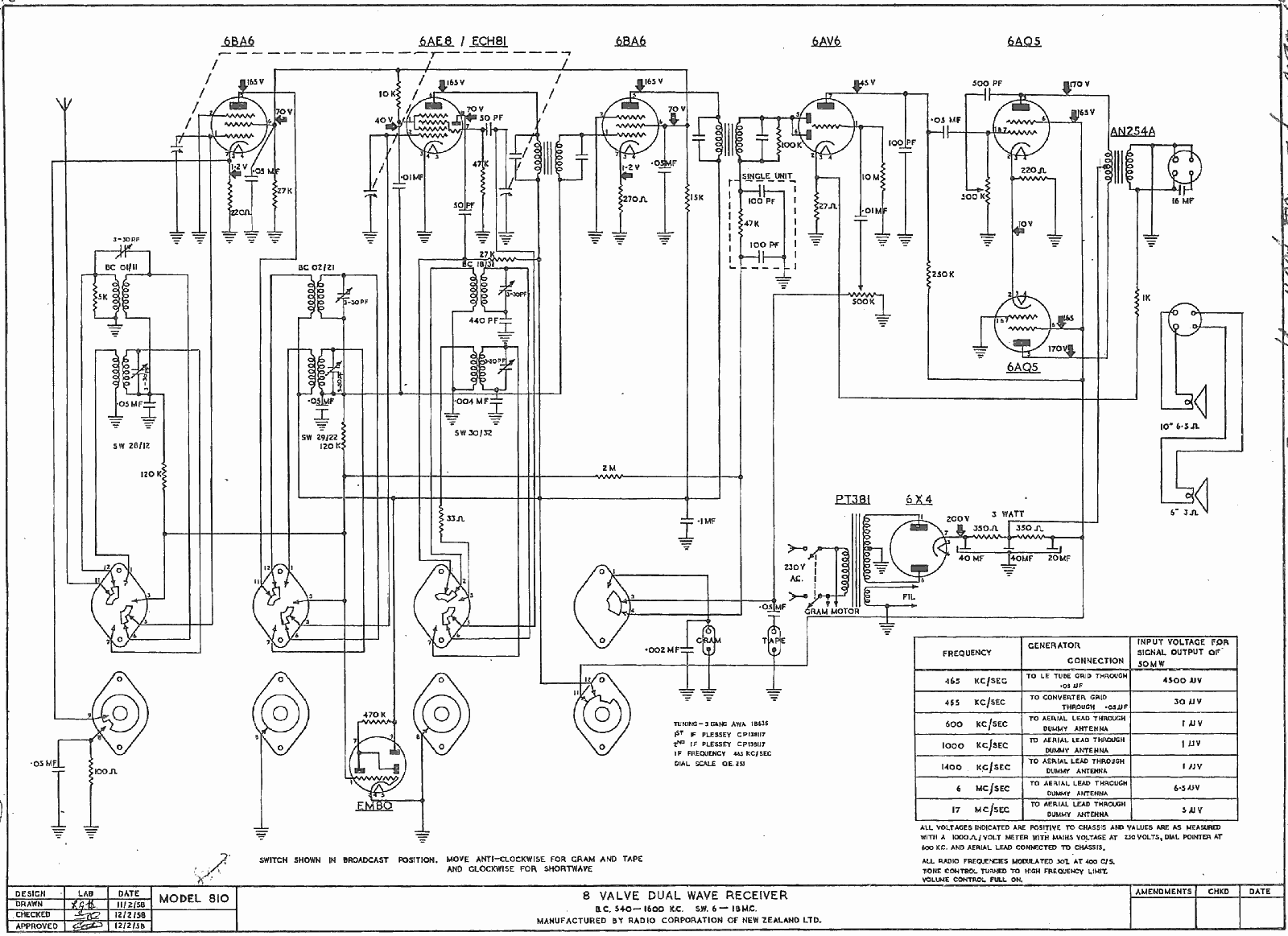