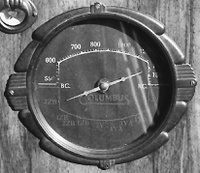 The Columbus model 84 was manufactured for Columbus Radio Centre Ltd by Radio Corporation of New Zealand Ltd in 1938.

At least two different cabinet designs as seen below, one using an atypical (for Radio Corp.) woven metal grill.  Its worth noting that the advert below refers to the Skipper as a dual-wave, however the dual wave version (the model 85) has 4 knobs..  It might be that they originally intended the more elaborate Skipper cabinet to house the dual wave version - but there are more surviving examples showing up of broadcast band only sets in the Skipper cabinet than dual wave models - so its likely both cabinets had both chassis' depending on customer preferences. 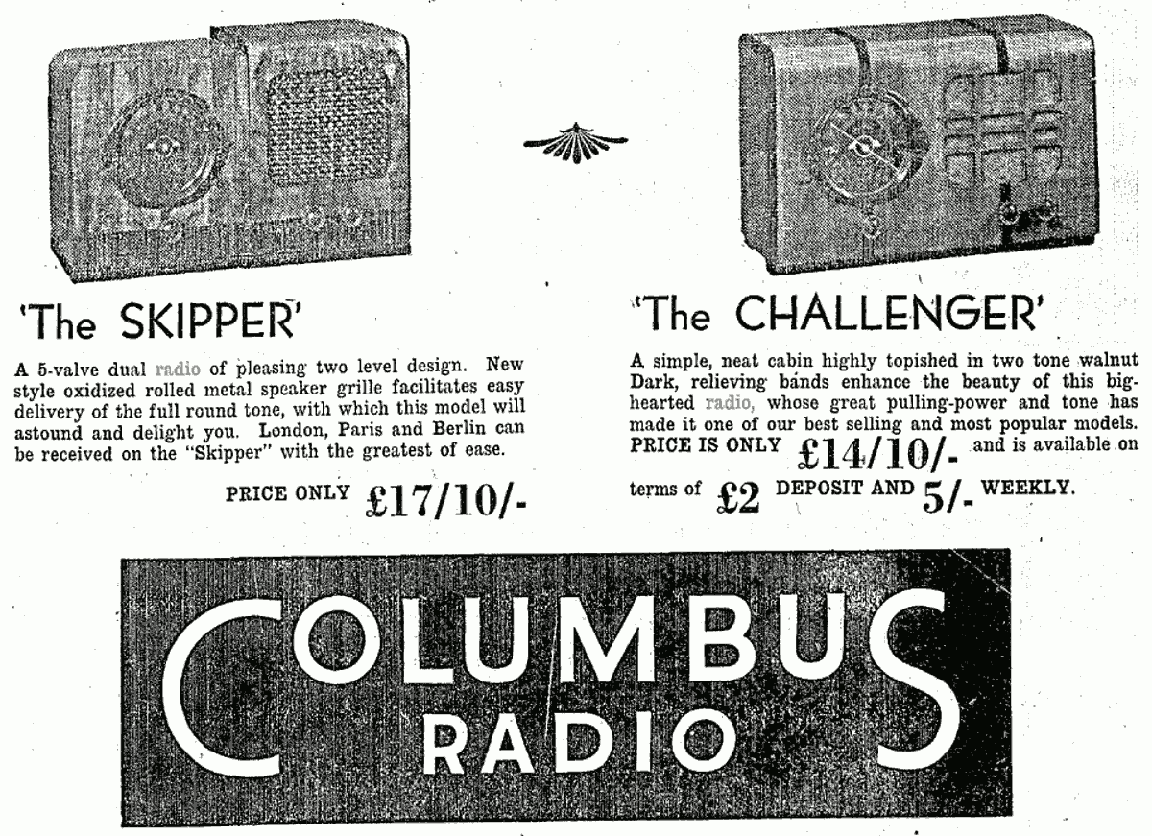 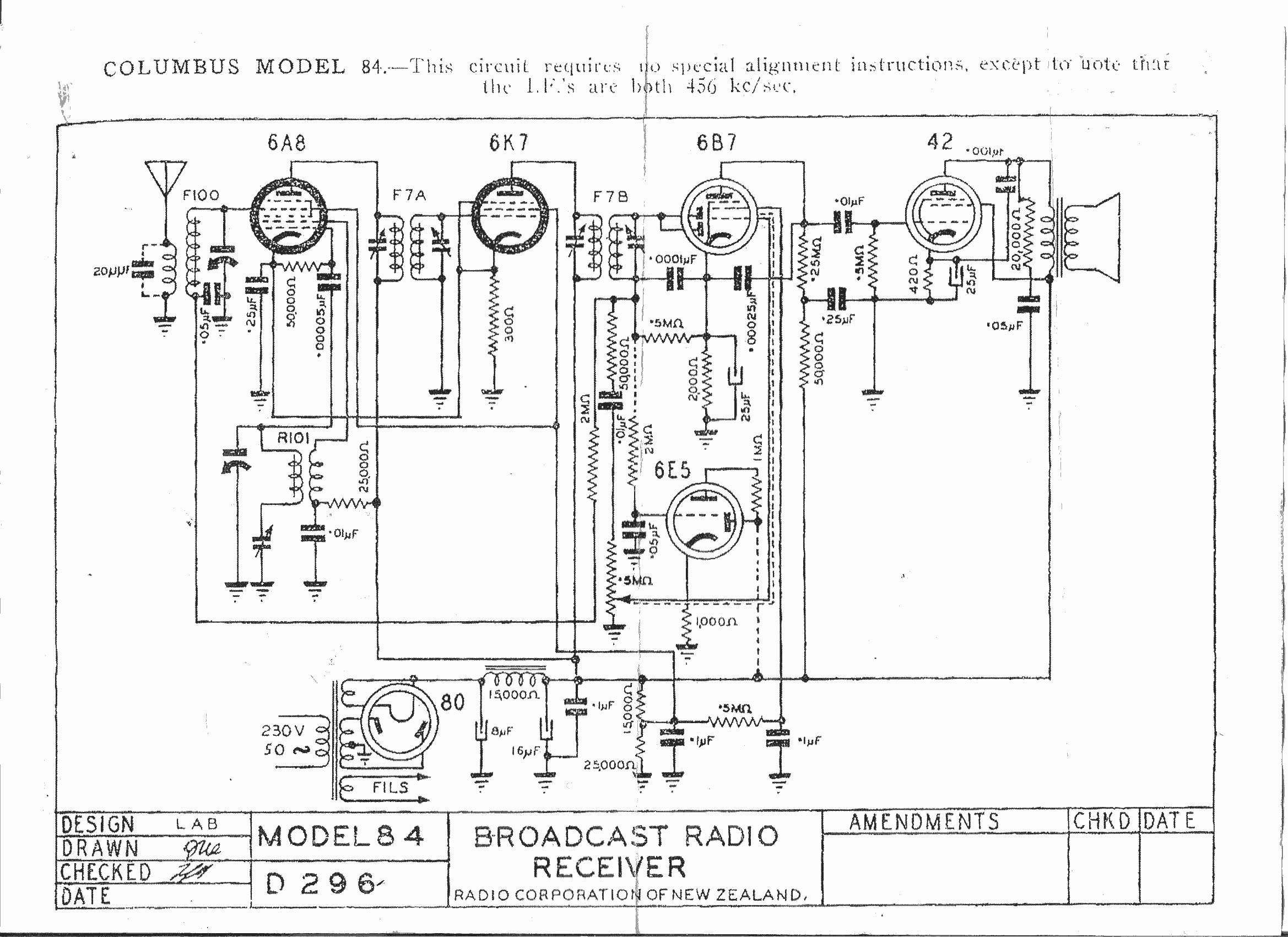