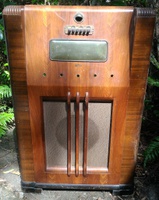 The Columbus model 88 was manufactured for Columbus Radio Centre Ltd by Radio Corporation of New Zealand Ltd in 1939.

A host of features very rarely found in NZ sets of any year, including a Philips EF8 'Silentode', motorised tuning, push button tuning, remote control, and 3 stages of variable selectivity.

Only one known example remaining - if you have one of these please make contact.

Here it is seen as a highlighted model in the Companies prospectus for 1939: 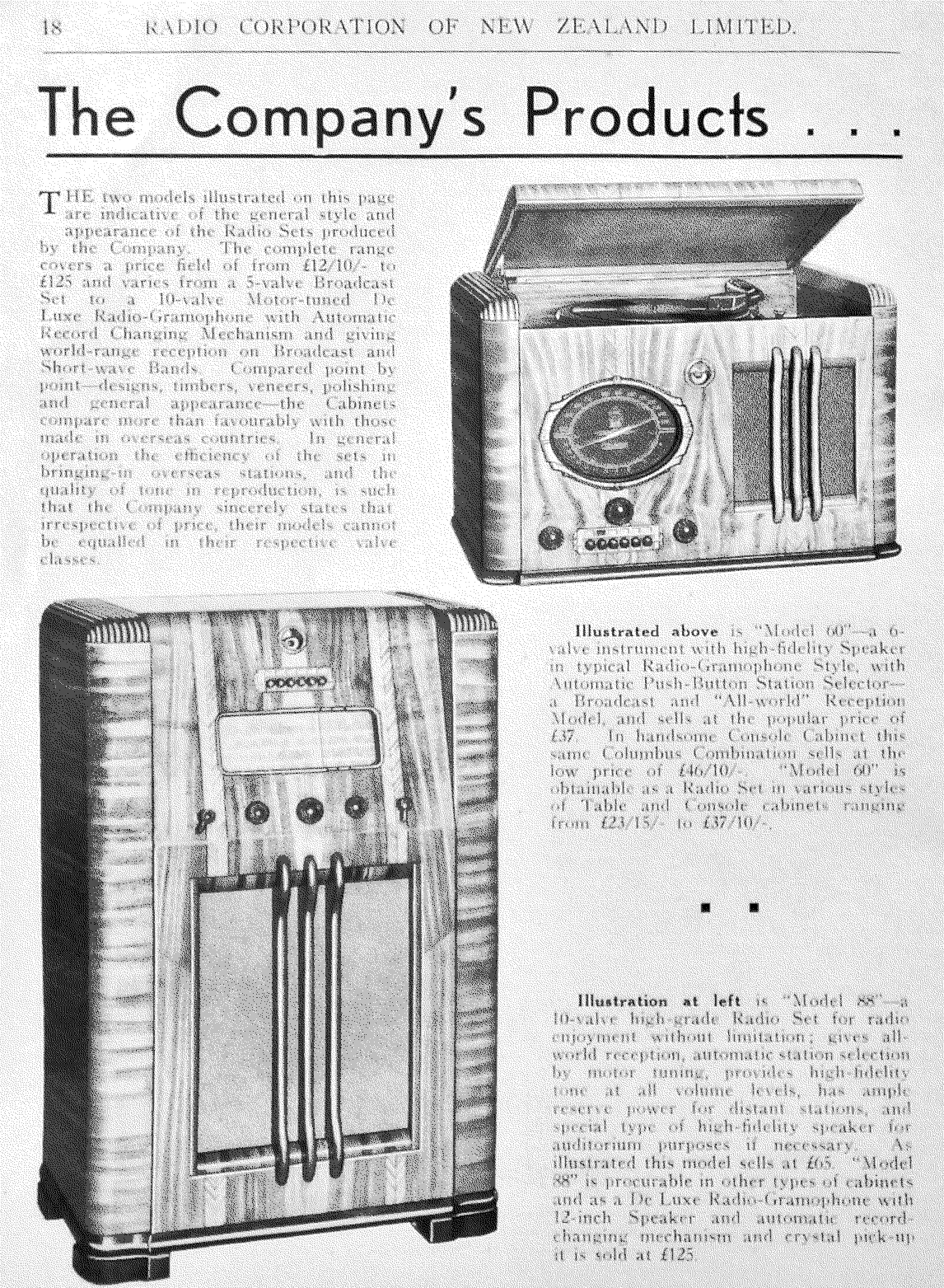 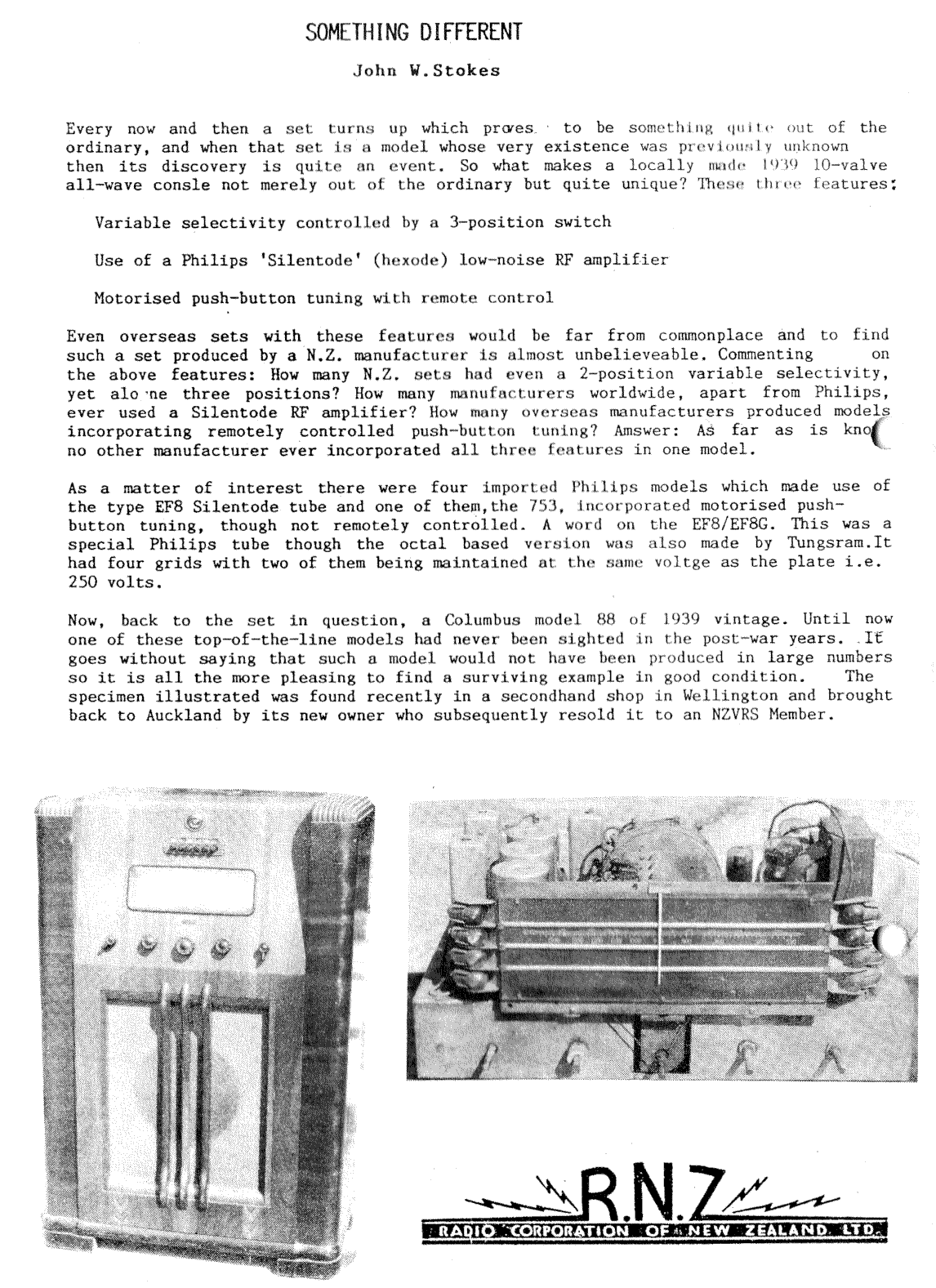 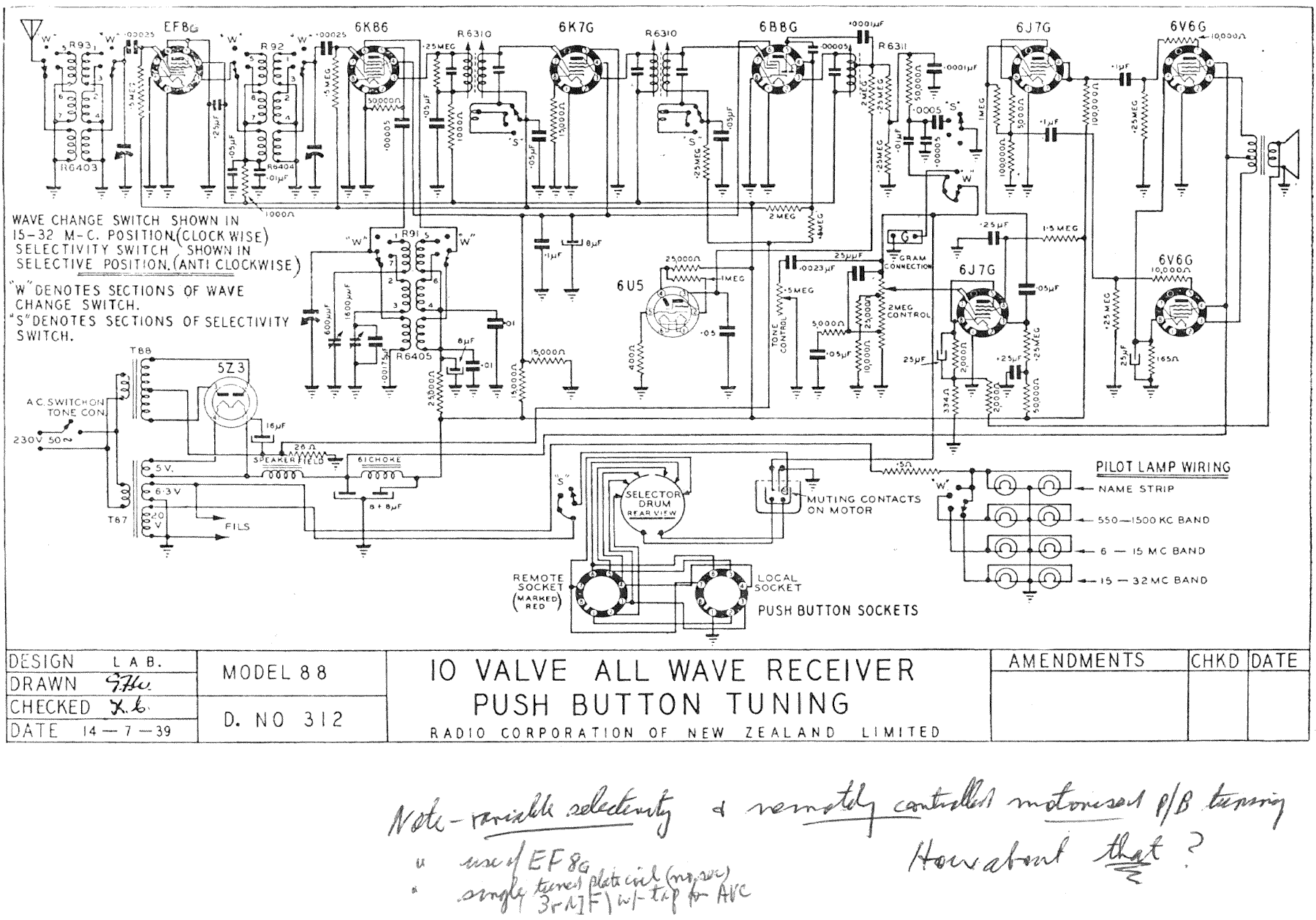