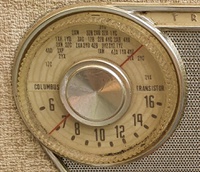 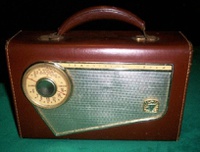 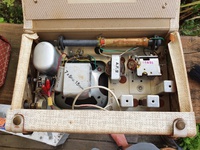 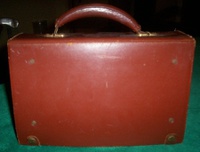 The Columbus PZ117 was manufactured for Columbus Radio Centre Ltd by Radio Corporation of New Zealand Ltd in 1959. It's part of the Columbus Portables series of radios.

Visually very similar to the 897P "Transistor Seven" from the previous year (The very first transistor model from Columbus).  Despite this, the new model used a completely redesigned circuit. 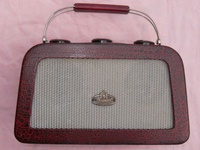 Note the large old-style oval can for the output transformer - the earlier 897 does not have this.  Also note this model has two controls on the side, while the 897 only has one. 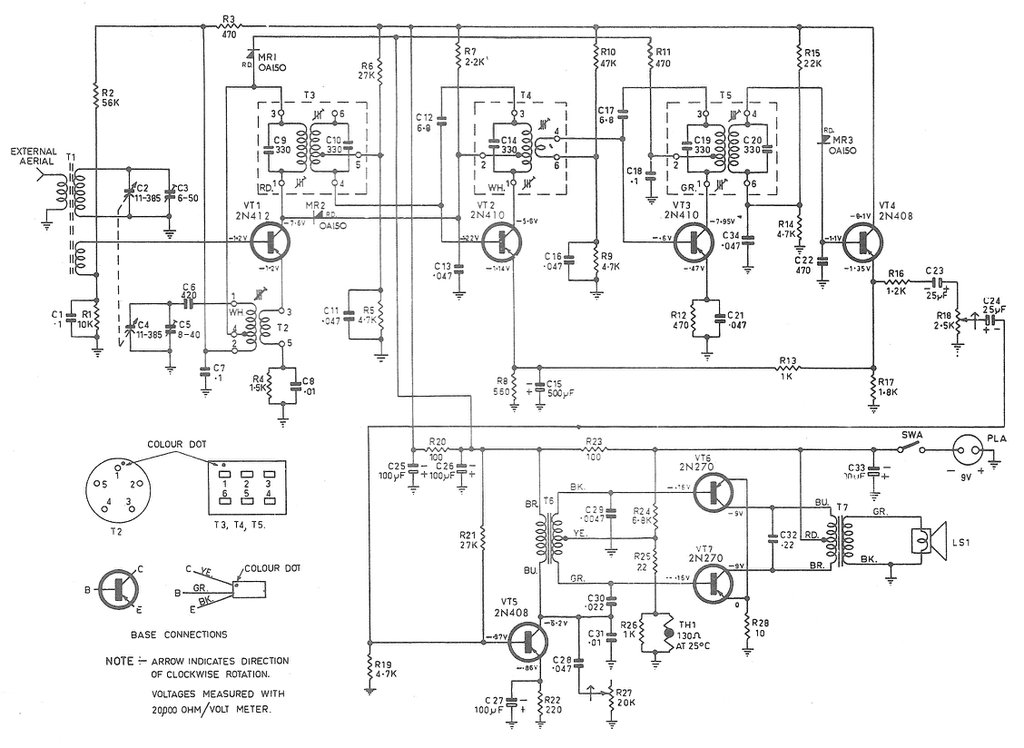 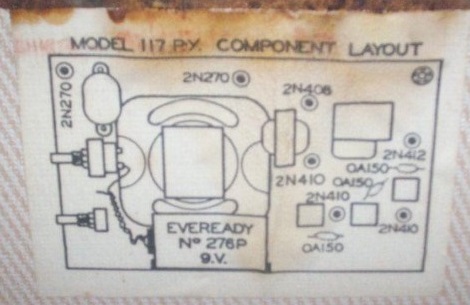