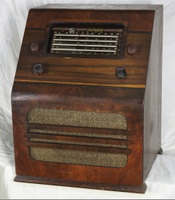 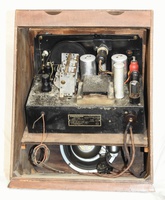 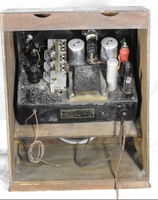 The Companion model 70DWAC was manufactured for Johns Ltd by Wellmade Ltd in about 1941.

Note, the set came to the current collector (who has rejuvenated it back to working status) with the knobs shown, although the lower two look to have been swapped on at some point in its life - they are the special single-use wooden Columbus knobs found only on the Columbus model 62 from Radio Corp NZ in Wellington.