The Companion Lustre Plastic 6V was manufactured for Johns Ltd by Wellmade Ltd in 1949. 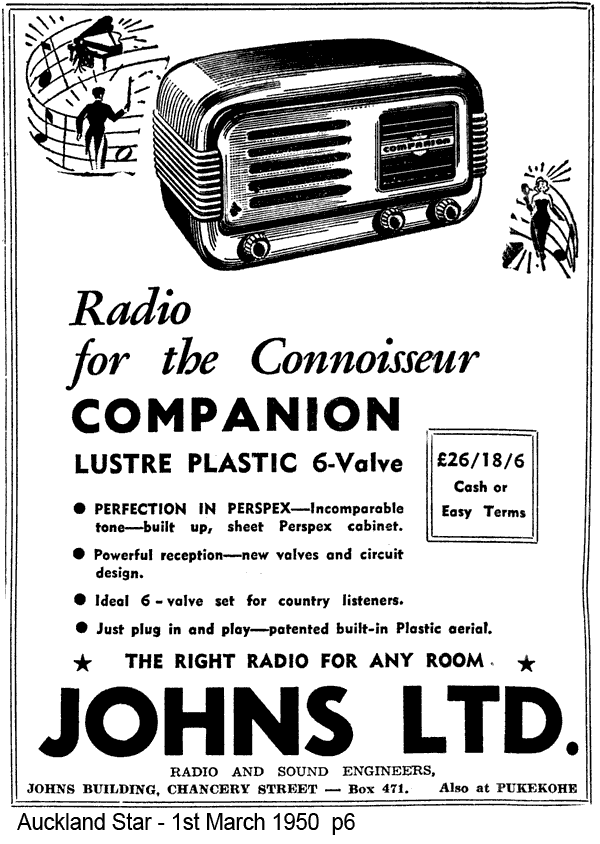