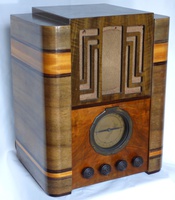 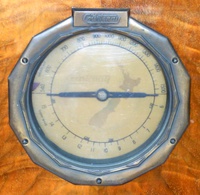 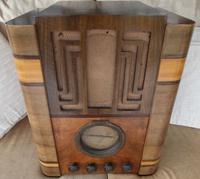 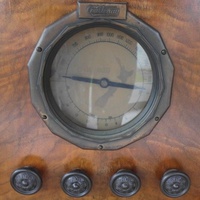 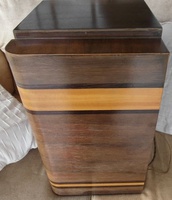 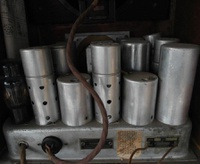 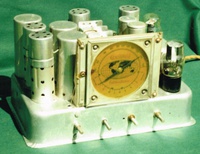 The Courtenay model 108 was manufactured for Turnbull & Jones Ltd by Radio Corporation of New Zealand Ltd in 1934.

The Courtenay model 108 was the first aero-dial (round dial) set from Radio Corp NZ. The circuit is virtually identical to sighted Pacific 6-valve Dual Wave chassis' found in the likes of the Pacific Elite, Raleigh, etc. although most sighted Pacific sets (except the very early chassis') used the 6.3V versions of the same valve lineup.

There is rarely seen cabinet design (shown above), which was probably the factory using up remnant stocks of the ornate semi-cathedral cabinets from the previous years model 106.

In the following year, the model 8 would use a variation of the main 108 cabinet - albeit up the other way though, with the speaker on the bottom. 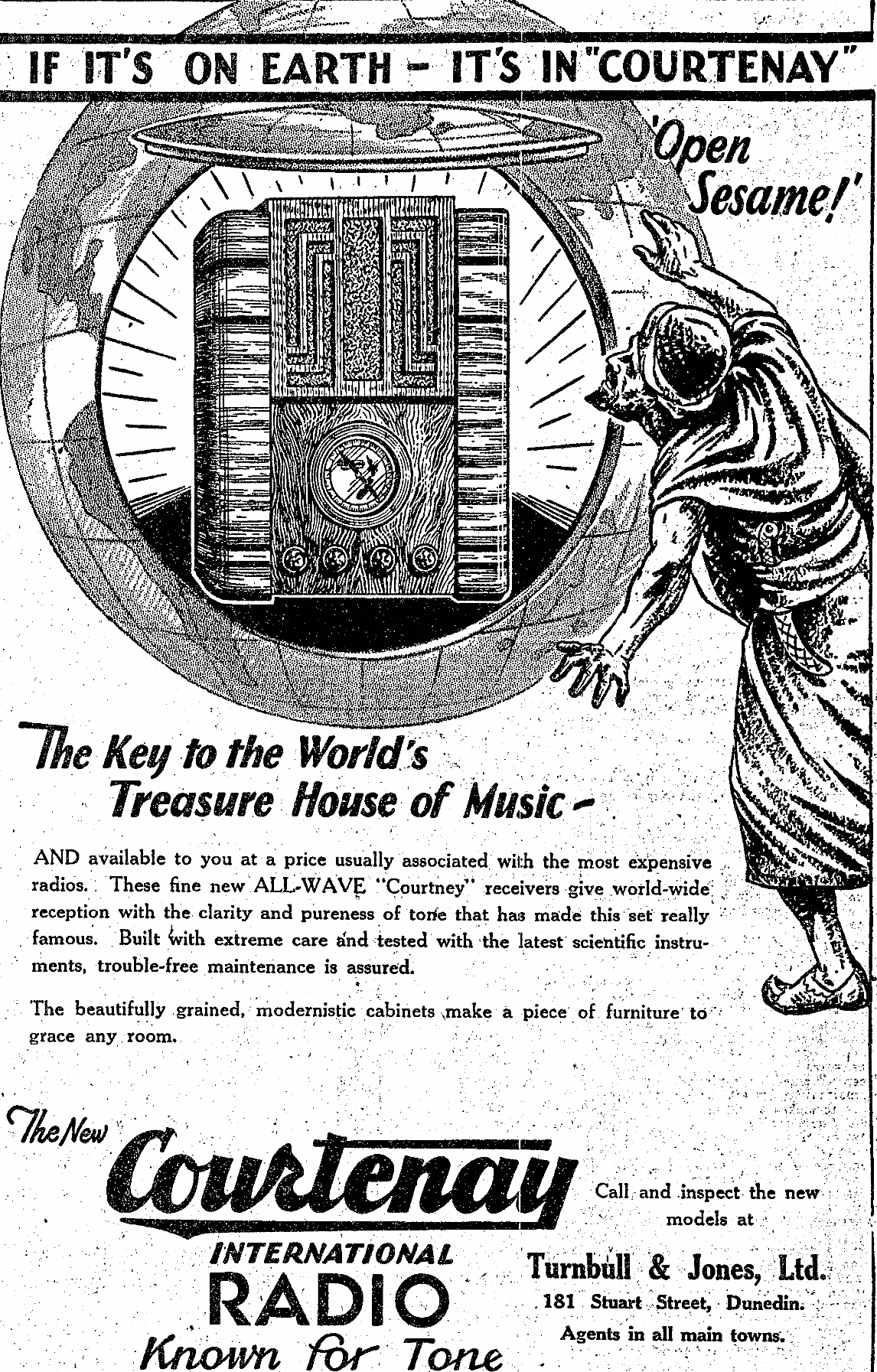 Chassis Notes(most schematics can be clicked to download a full size version) The 108 is one of the first to use the baking-pan style chassis. 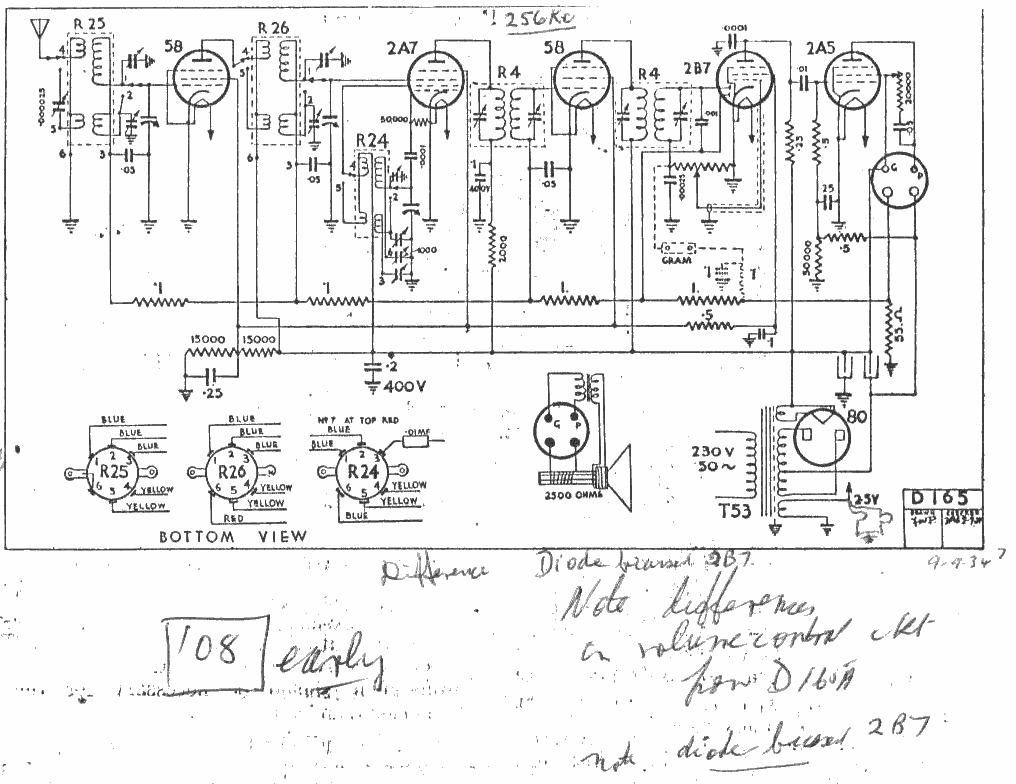 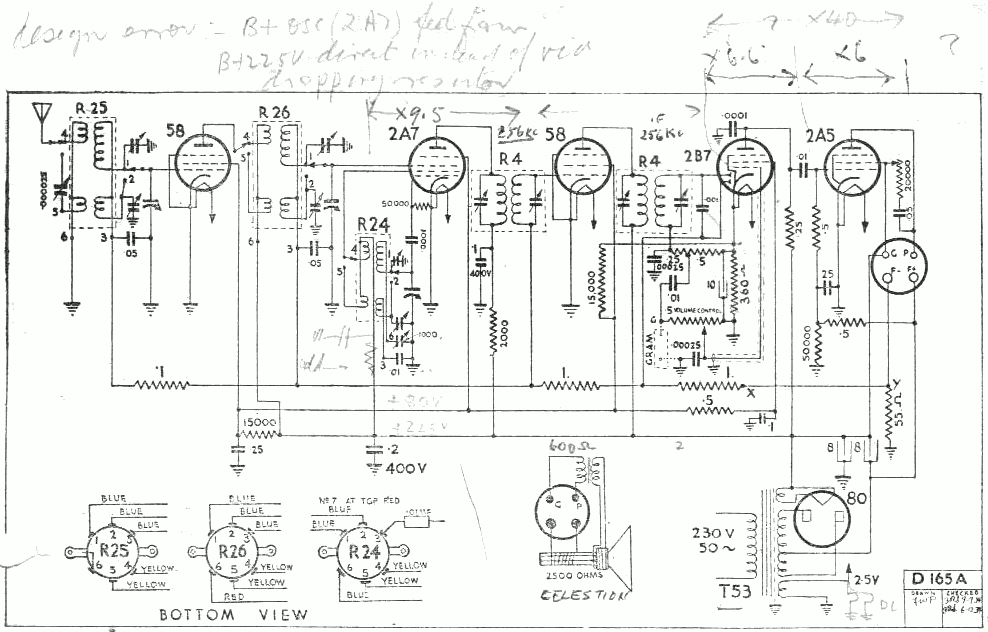