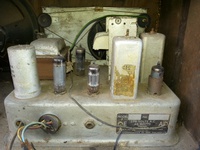 The Courtenay model 27N was manufactured for Turnbull & Jones Ltd by Radio Corporation of New Zealand Ltd in 1952.

N & M variants are very similar - a note on the schematic from a previous radio serviceman suggests some N variants may have a 6V6 instead of the 6AQ5, possibly indicating the 27N was a transitional model between the 27 (octal) and 27M (miniature) - this could be due to stocks of the 6V6 that Radio Corp NZ was trying to use up before moving on to miniatures, or possibly even supply issues with the new miniatures.  Also note the different tuning gang with round plates rather than the shaped plates of the 27N. 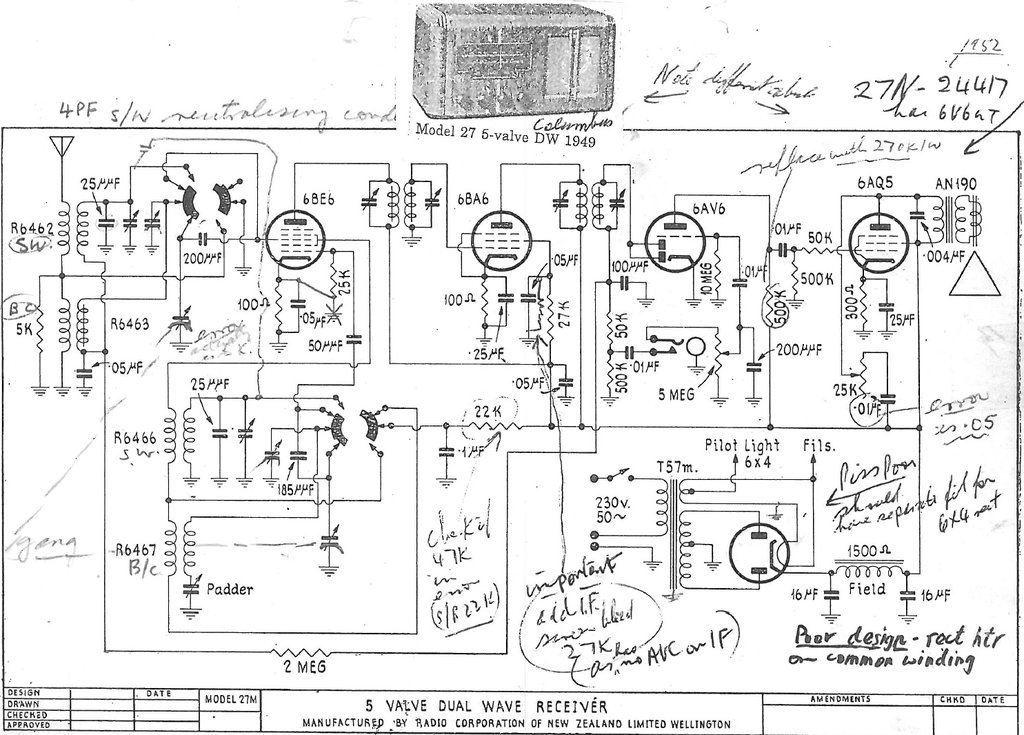