The Courtenay model 32 was manufactured for Turnbull & Jones Ltd by Radio Corporation of New Zealand Ltd in 1948.

6-valve broadcast band receiver.  Same cabinet as found in several other models, such as the 26n, 27 and 62 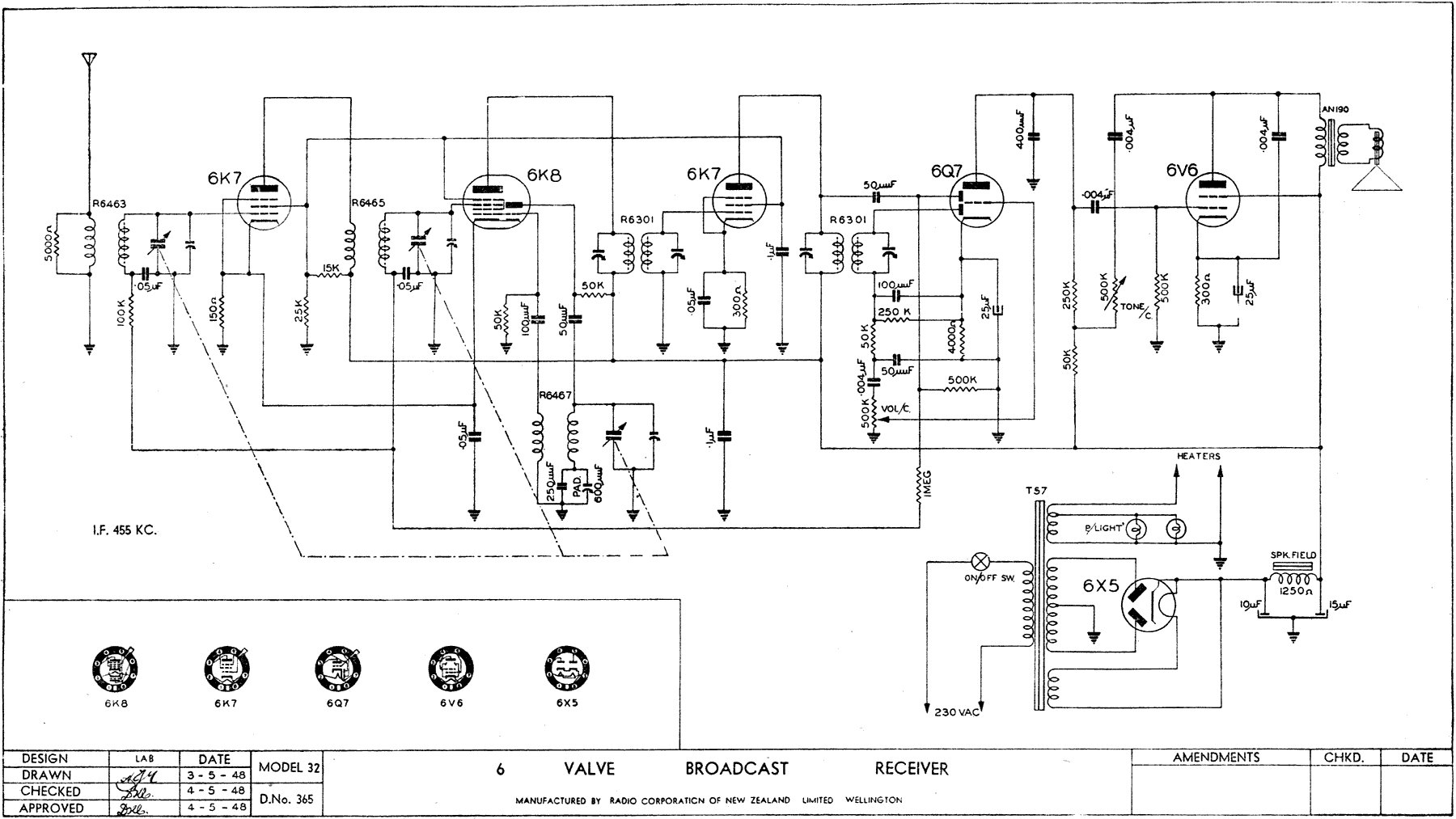 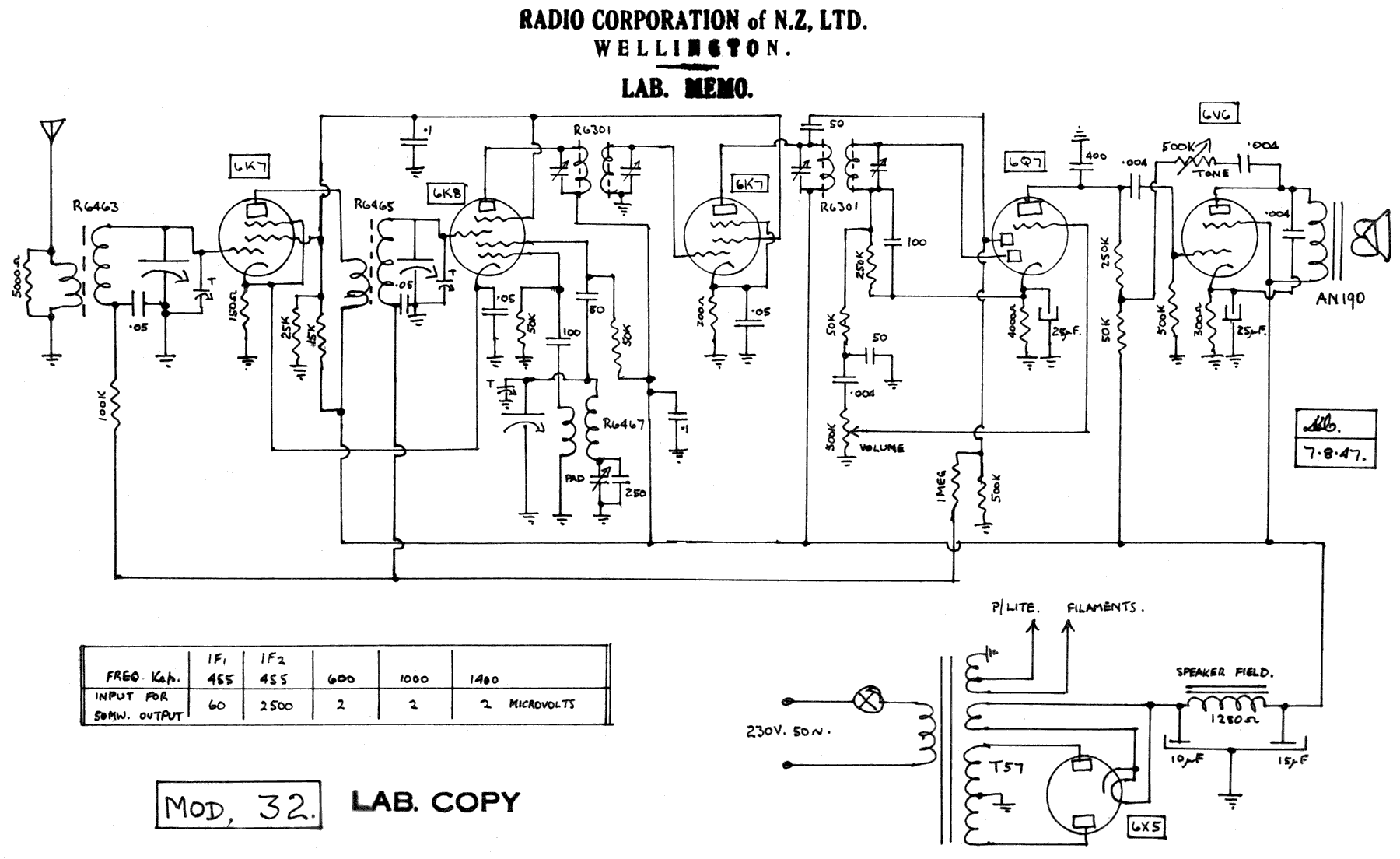