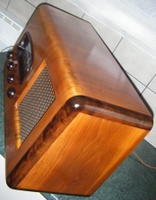 The Courtenay model 61 was manufactured for Turnbull & Jones Ltd by Radio Corporation of New Zealand Ltd in 1947, production ran for about 4 years.

6-valve dual-wave set, two different tabletop models seen (compact with 6x9 speaker seems most common, although a wider tabletop model, more in line with most RCNZ models has also been seen), and this model was also available as a console. 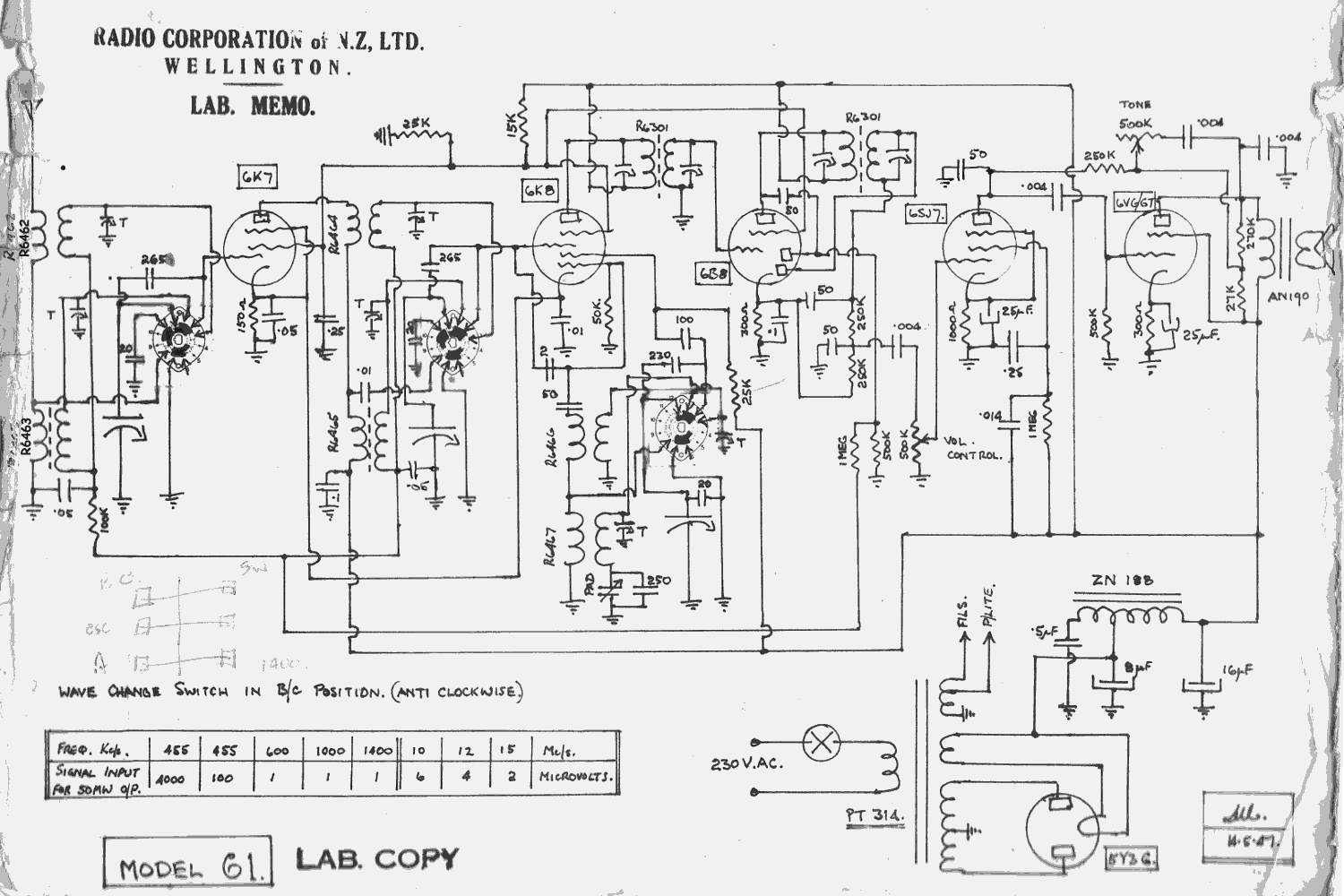 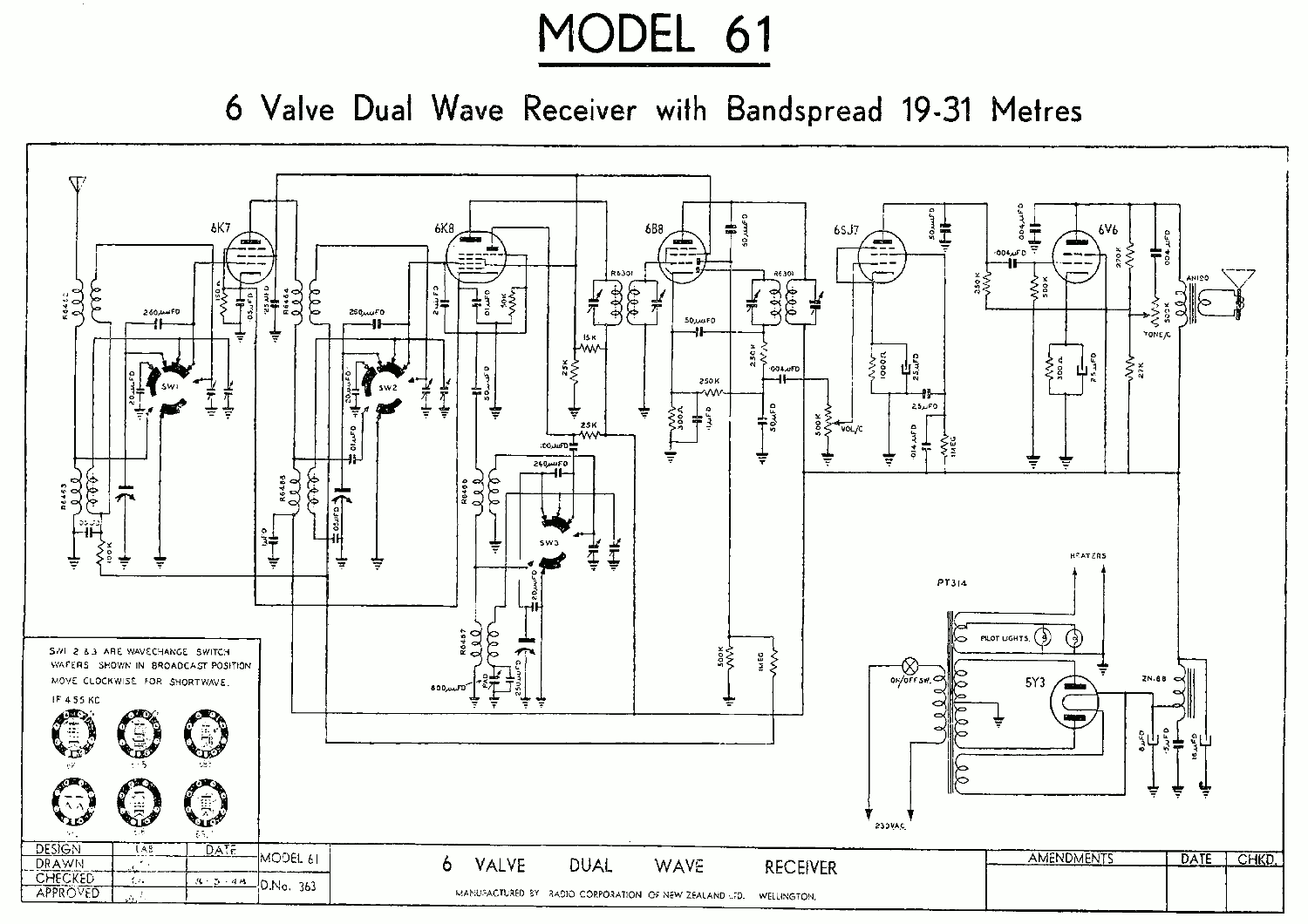 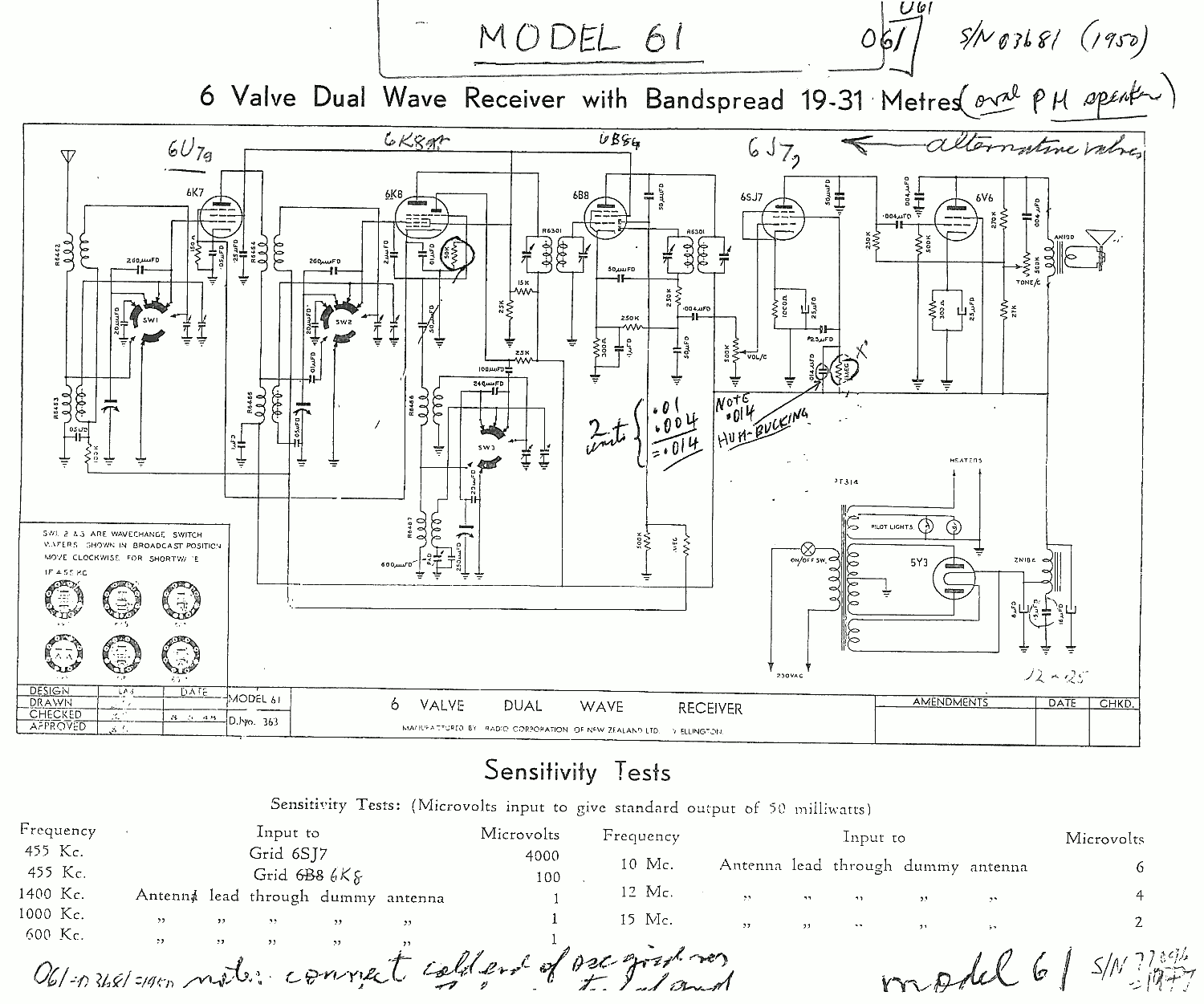