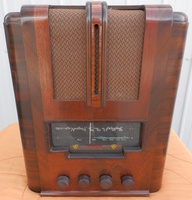 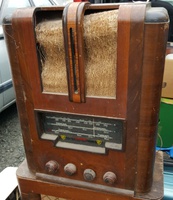 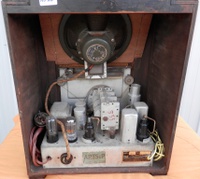 The Courtenay model 63 was manufactured for Turnbull & Jones Ltd by Radio Corporation of New Zealand Ltd in 1940.

The 1940  'Defiant' series from Courtenay included some very interesting cabinet designs that were a throwback to the good old days at a time where cabinets were fast becoming bland rectangular boxes.  Certainly the tombstone-style was on the way out - but this model seems to have been 'one last hurrah' to that style.

The Courtenay model 63 All World was a 6-valve dual-wave radio with broadcast band and two shortwave bands with expanded shortwave tuning (Bandspread) and temperature compensation to help avoid frequency drift as the set warmed up. 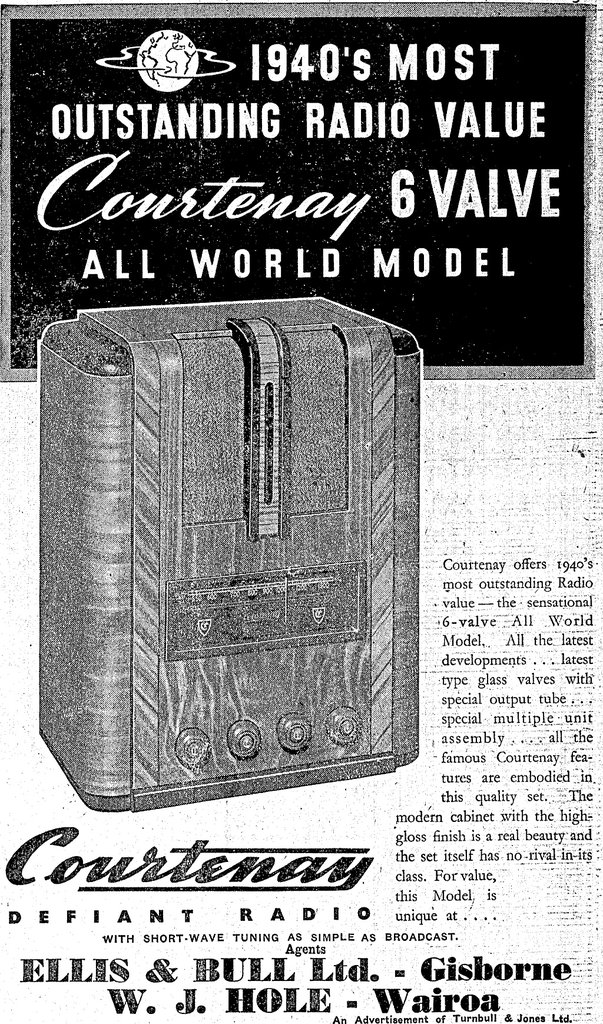 There is a model 62 which appears to be quite similar electrically, although only dual wave.  One of the dials photographed above may be from a model 62 as it only shows one shortwave band, even though the model code is 63 on the chassis.  This could be simply because the original dial was broken and this was all that could be found to replace it. 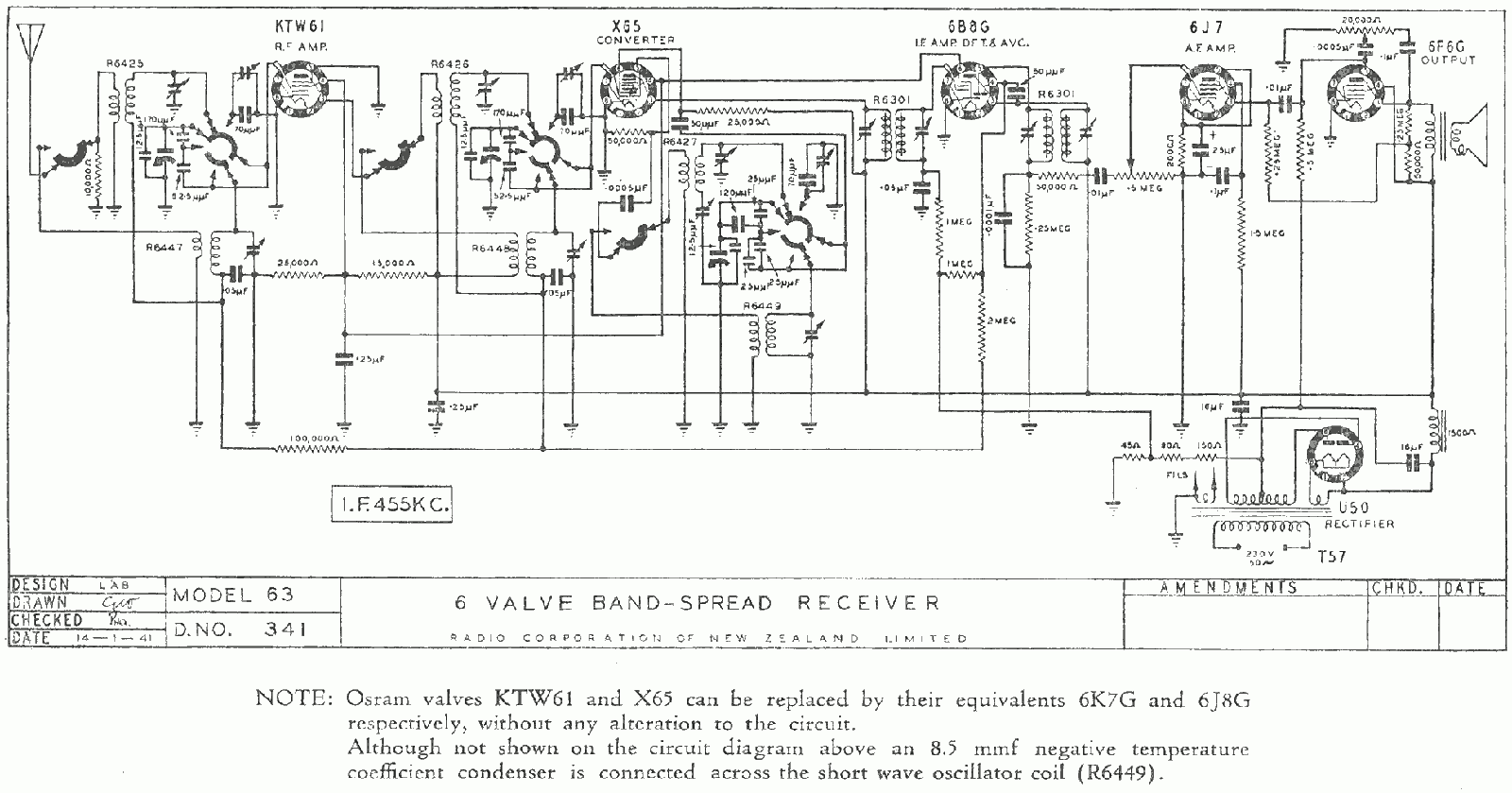