The Courtenay model 75 was manufactured for Turnbull & Jones Ltd by Radio Corporation of New Zealand Ltd in 1940.

Courtenay version of the Model 75 bandspread receiver - and the first bandspread radio designed and manufactured in New Zealand (and almost the first in the world).  The model 75 is a 6-valve + magic eye set.

There is considerably more information on the model 75 under the Columbus version, which is virtually identical except for the cabinet design and dial glass branding. 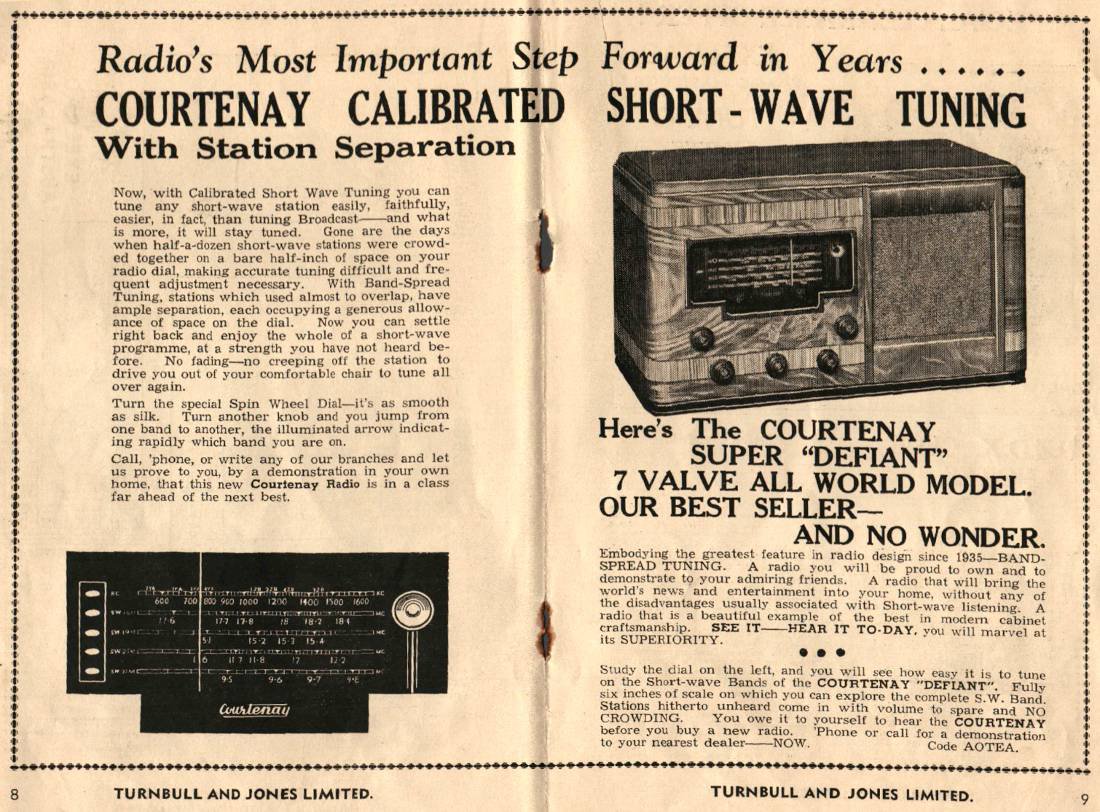 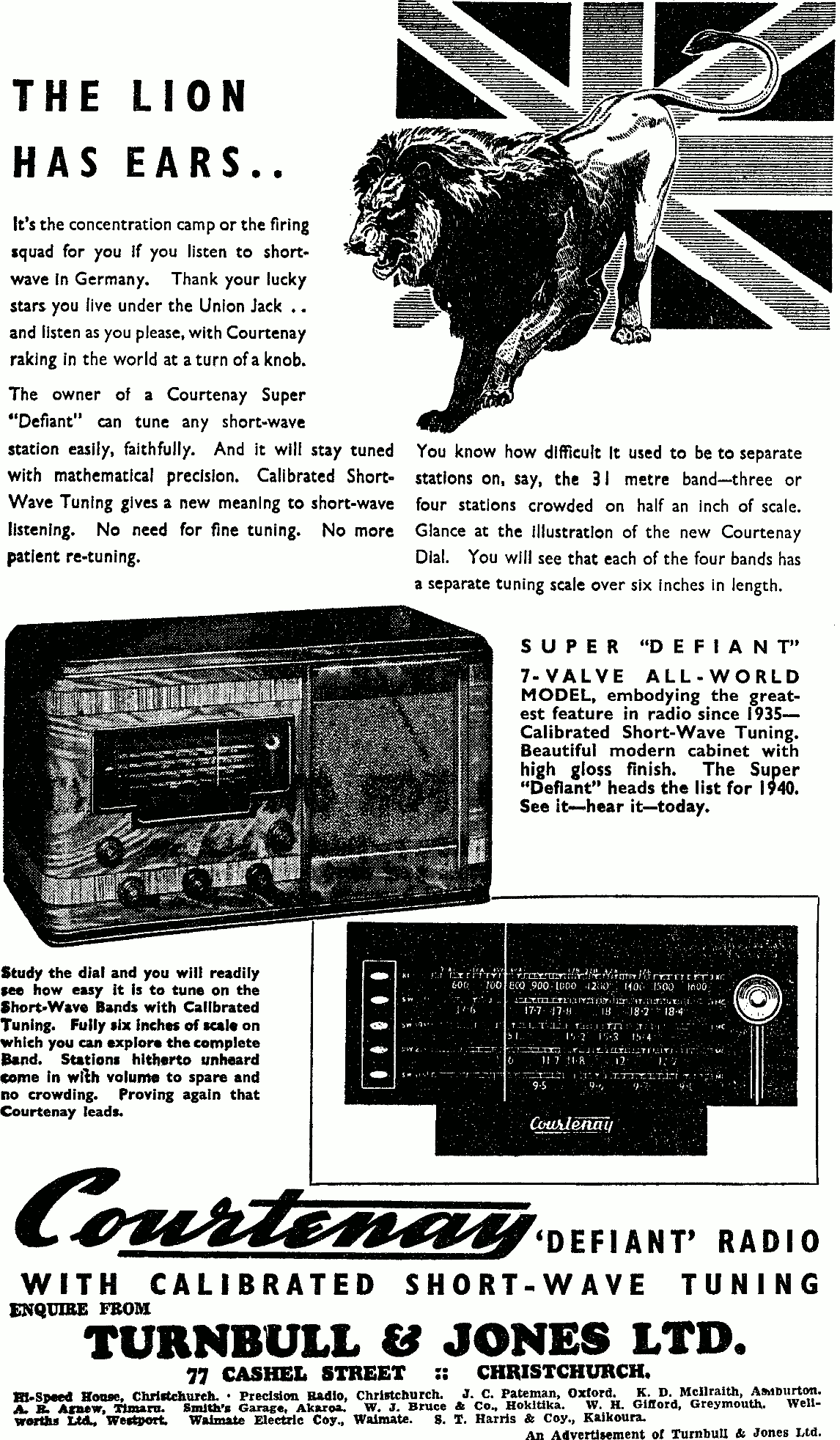 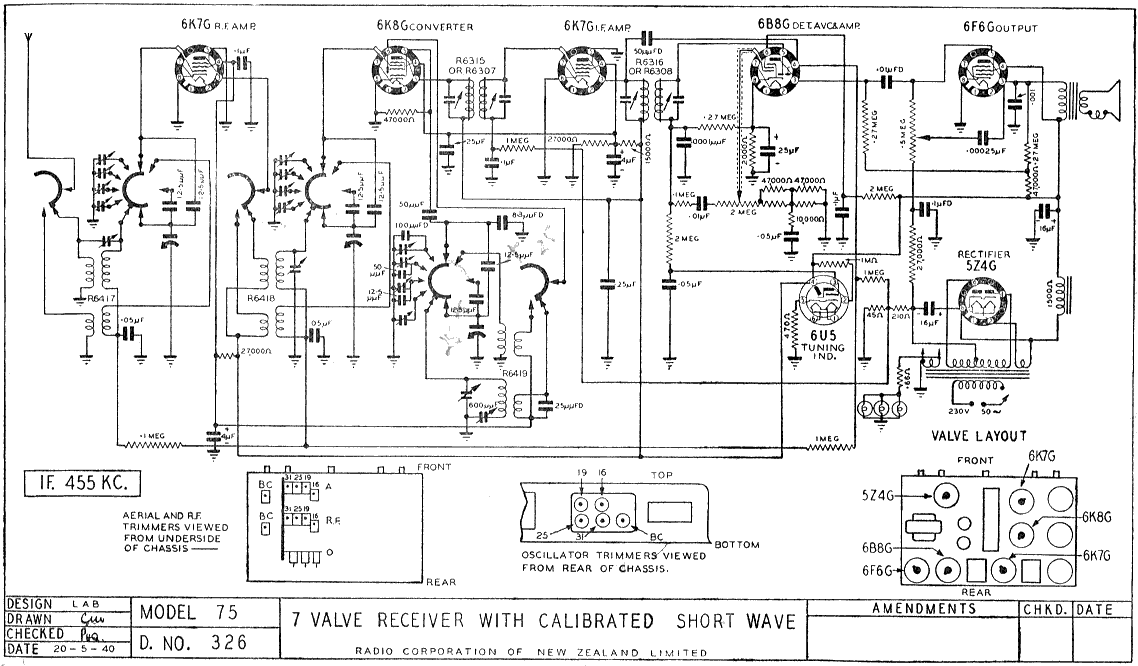 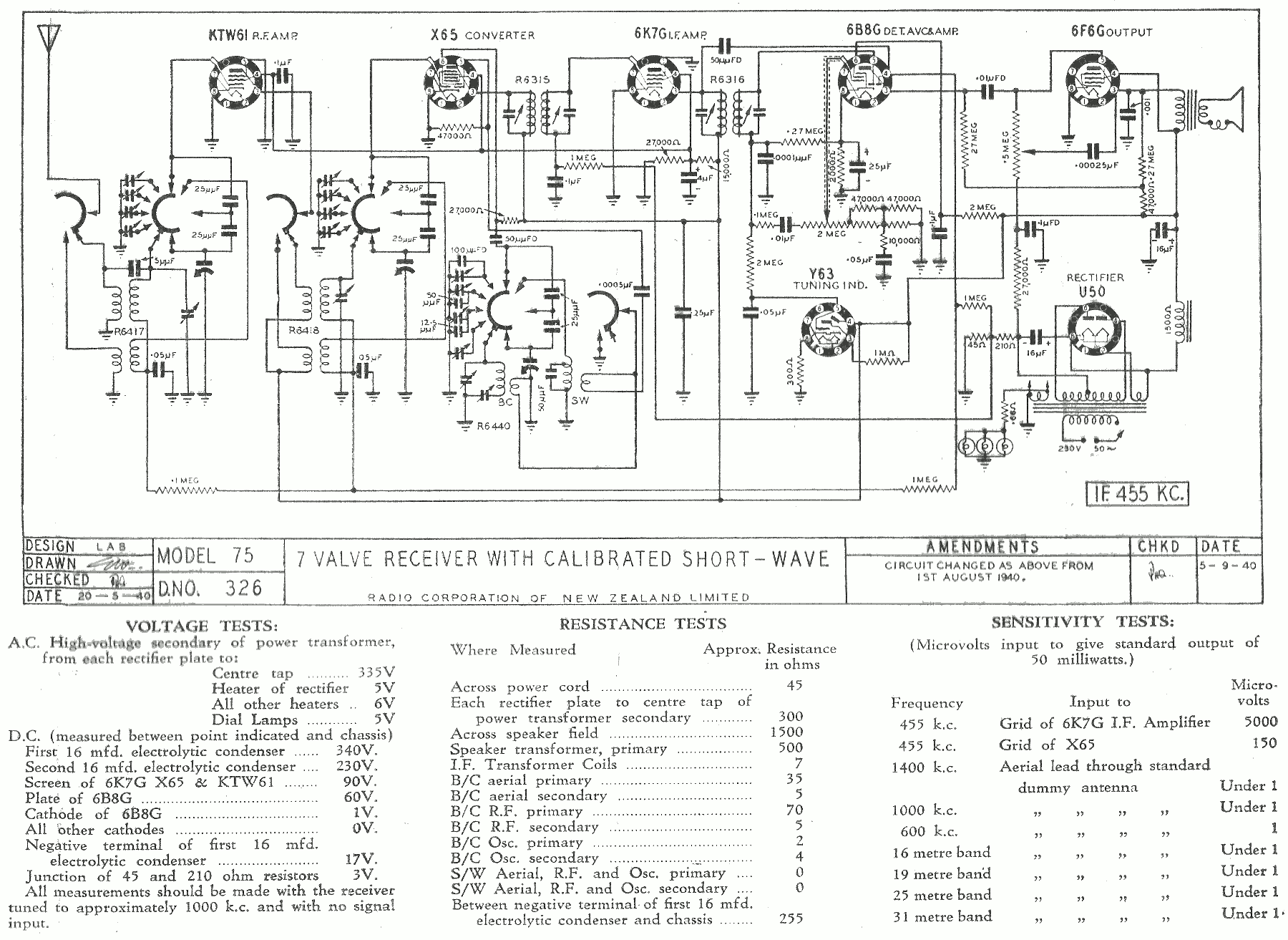 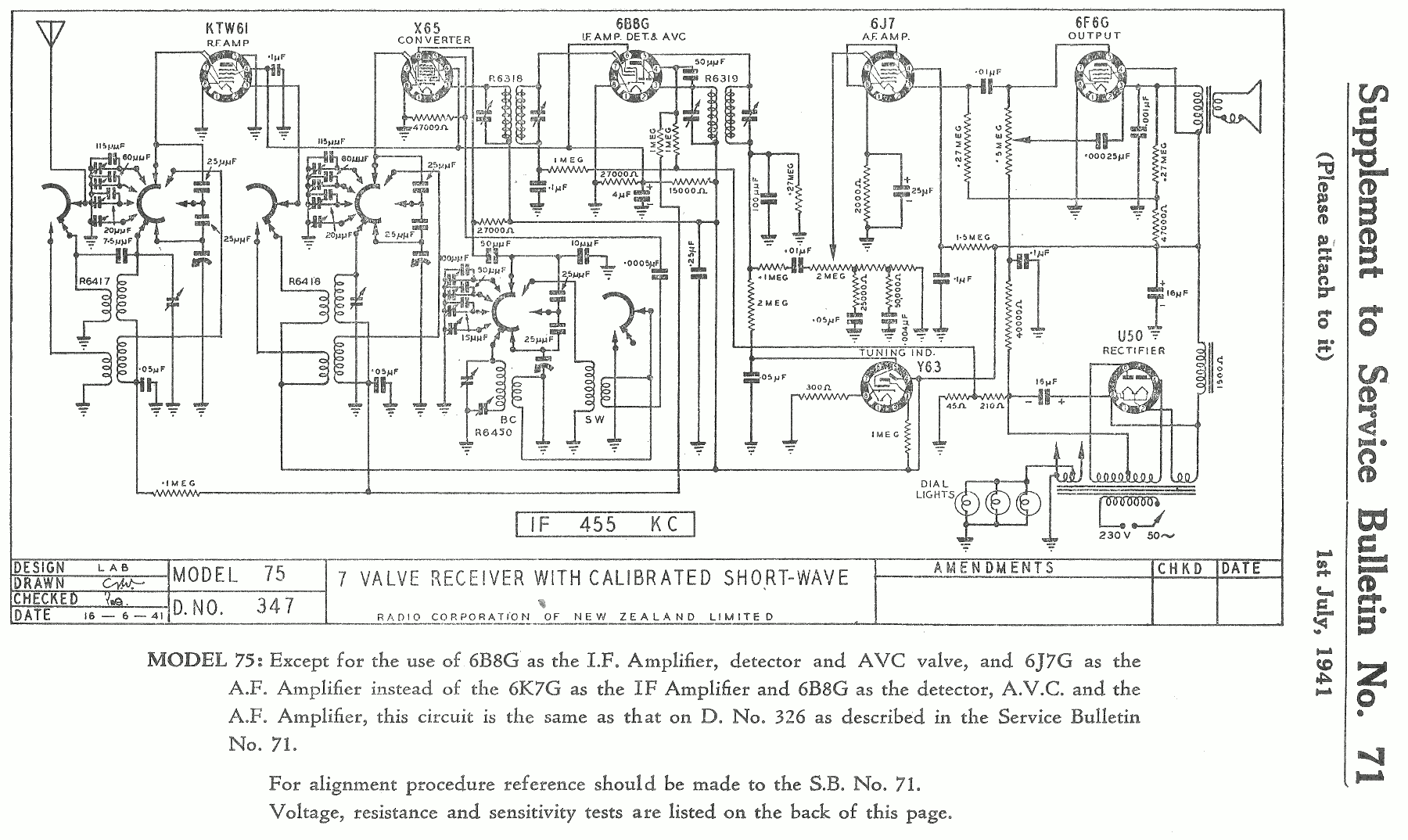 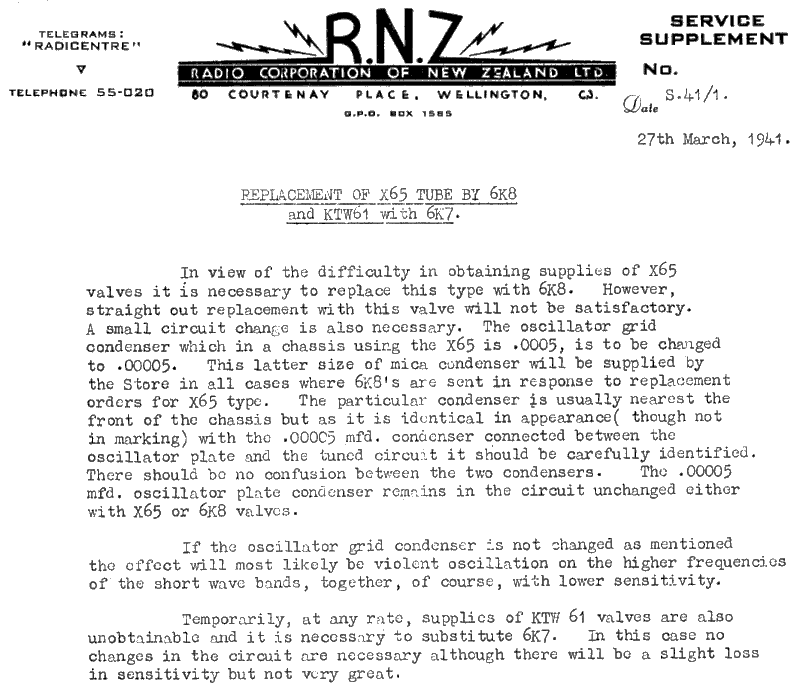