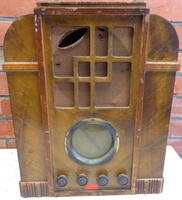 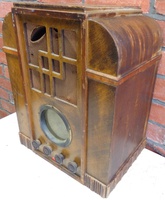 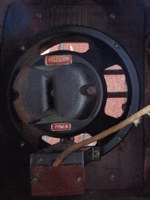 The Courtenay model 7BD was manufactured for Turnbull & Jones Ltd by Radio Corporation of New Zealand Ltd in 1934.

Photographed model has been severely modified to run on 230V AC using octal valves, but the chassis and speaker appear original. 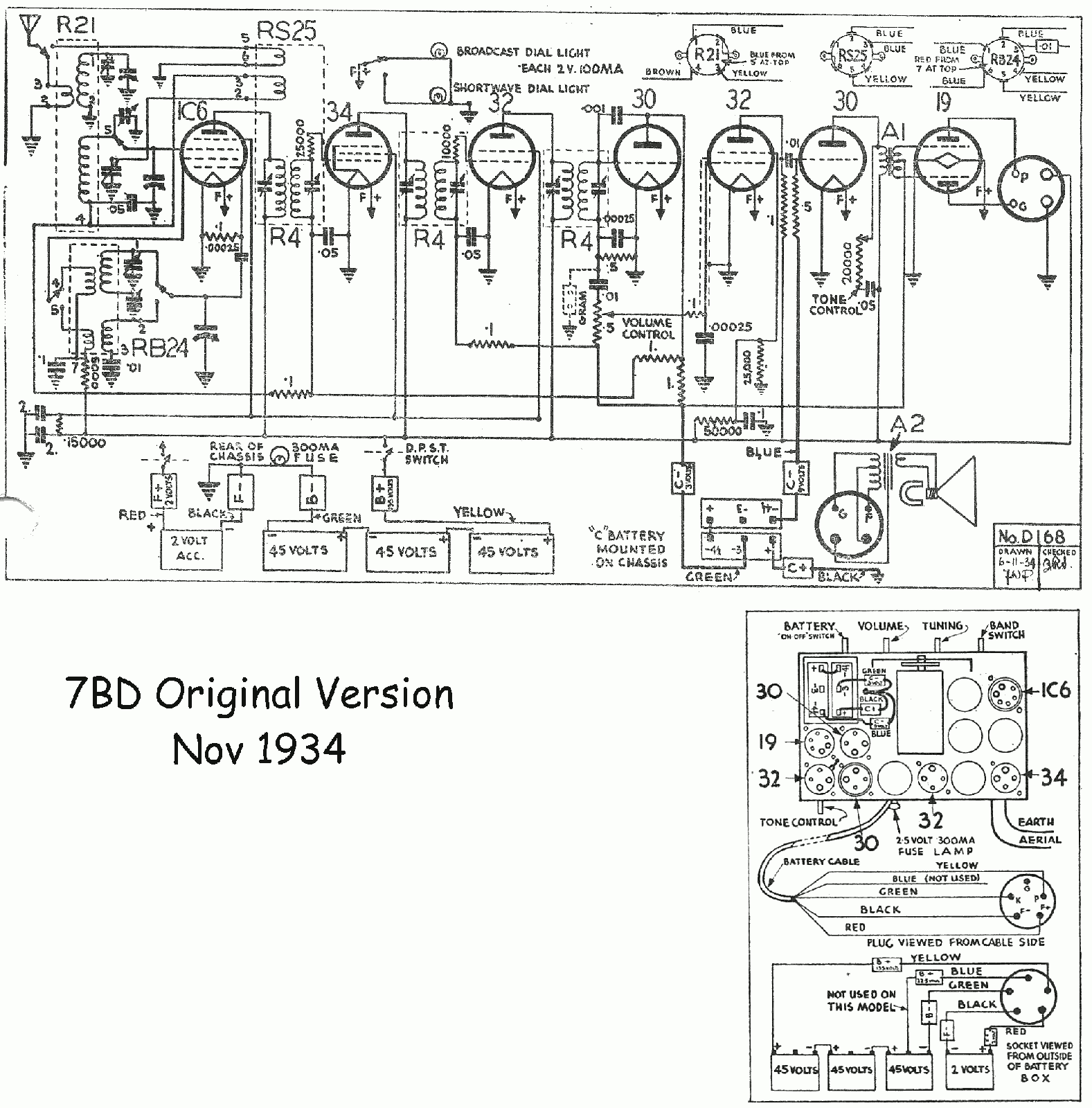 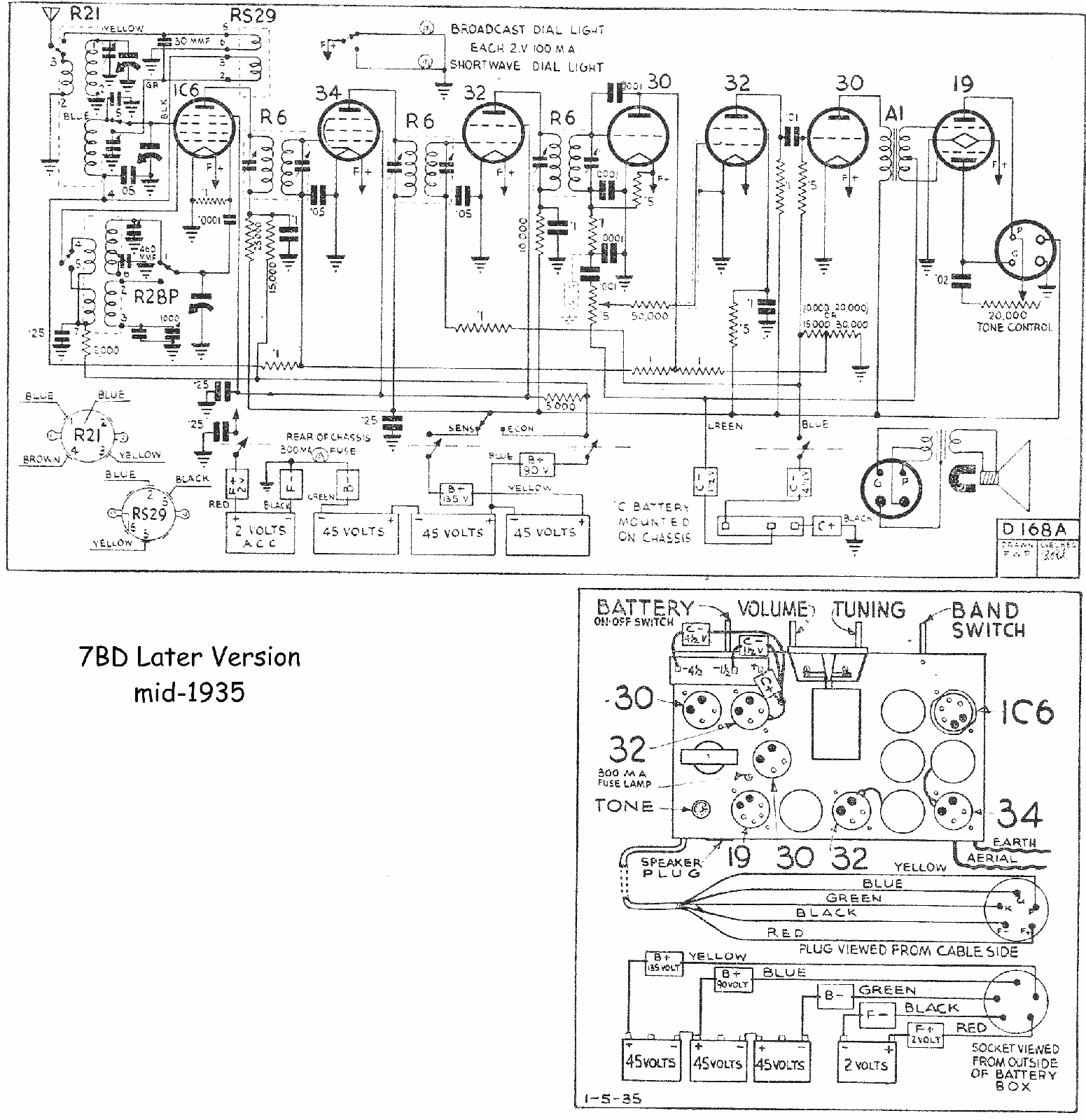