The Courtenay model 85 was manufactured for Turnbull & Jones Ltd by Radio Corporation of New Zealand Ltd in 1938.

5-valve dual-wave set, available in Columbus and Courtenay only as the agreements with all other brands had been terminated leaving Pacific, CQ, Stella and the other brands to either find new manufacturers or disappear. 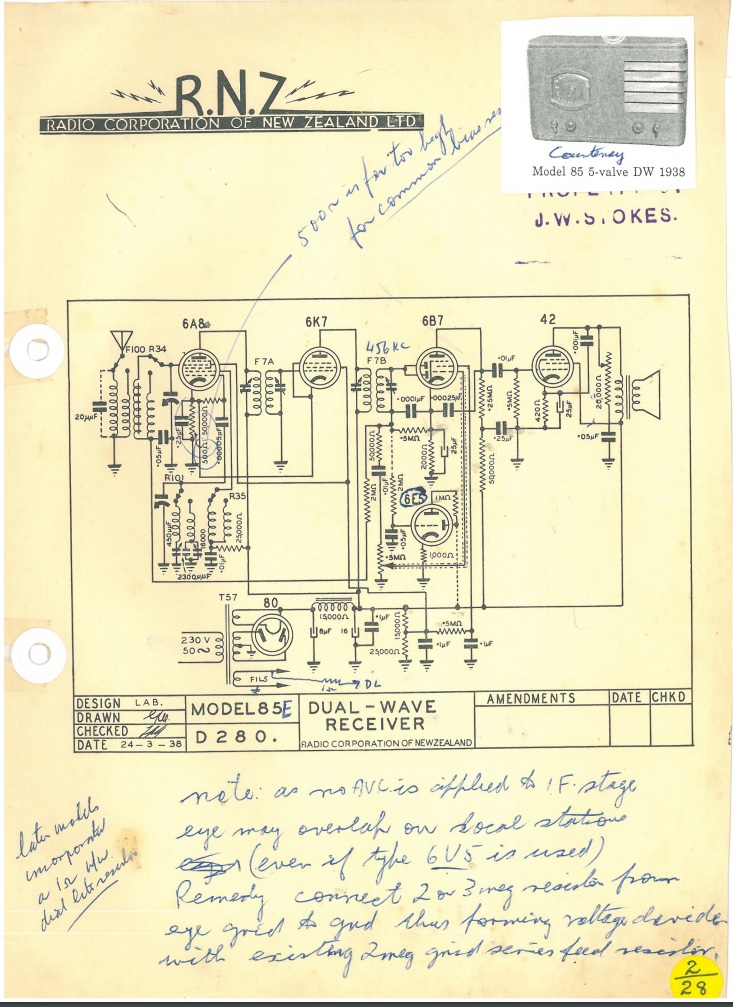