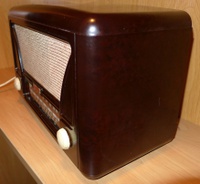 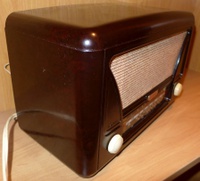 Bakelite cabinet, distinctive sweep in from each top corner. Broadcast band only model is the 5151.

Also available branded as Pacemaker, Gulbransen and probably others (possibly State?) - only apparent difference is the sticker / badge on the front - the epitome of badge engineering.