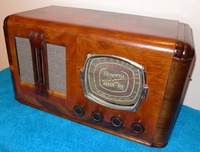 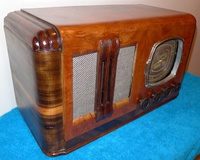 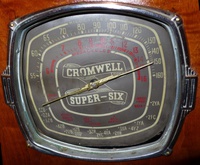 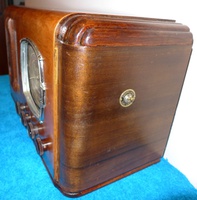 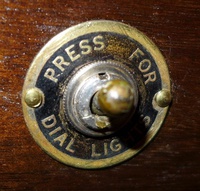 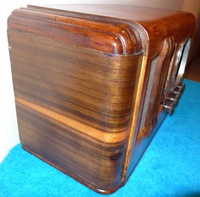 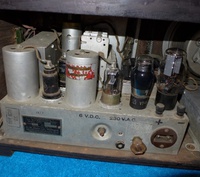 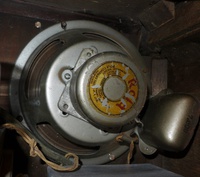 The Cromwell model 6CV3 was manufactured for H. W. Clarke Ltd by Collier & Beale Ltd in 1939.

Available in two cabinets - the Sentinel for portable use and the Server for mantle use (J14 cabinet) - note the use of a momentary on switch for the dial light to avoid this constantly draining the battery. 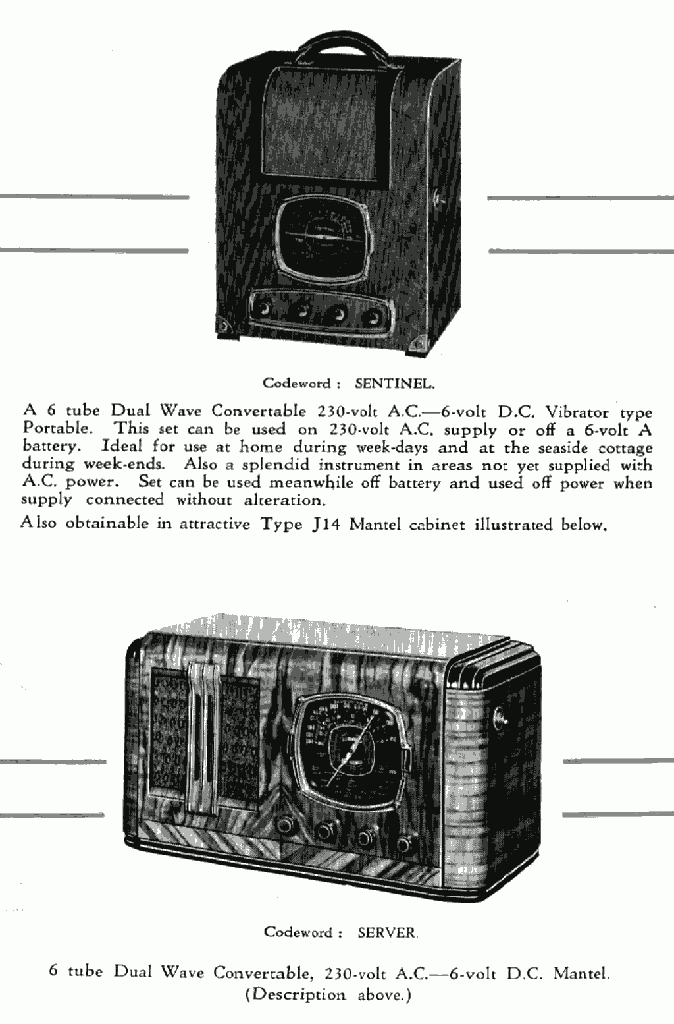