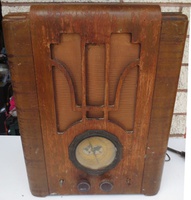 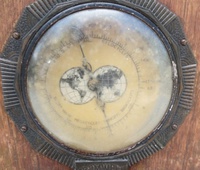 The Cromwell model 6LSA was manufactured for H. W. Clarke Ltd by Collier & Beale Ltd in 1935.

The schematic below is probably correct or close.  The 6LS chassis was released in 1934, and the 6LS series 2 was 1935.  No currently found schematic in the 6LS series of radios seems to have a 6LSA label.  Please let us know of any noted differences. 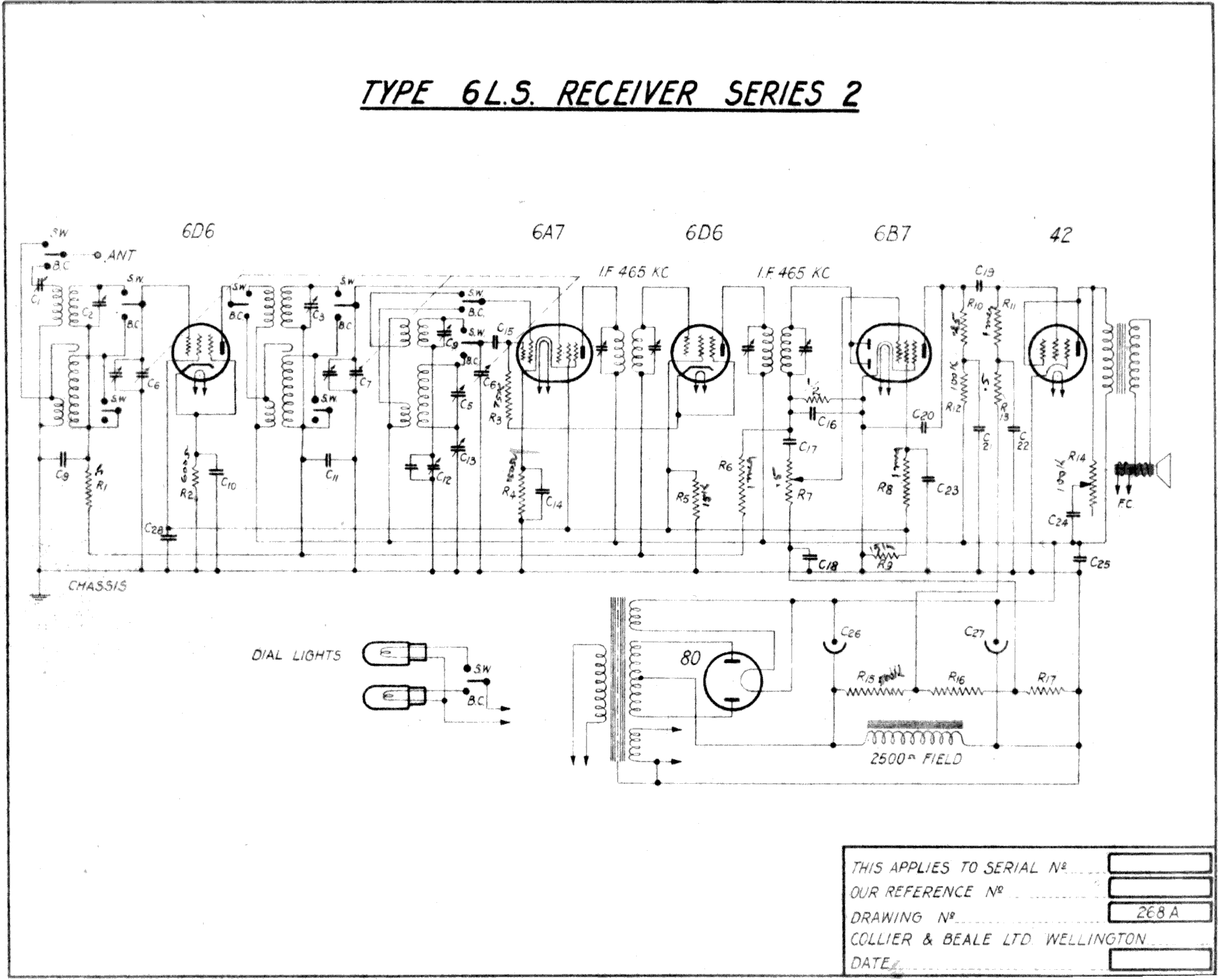 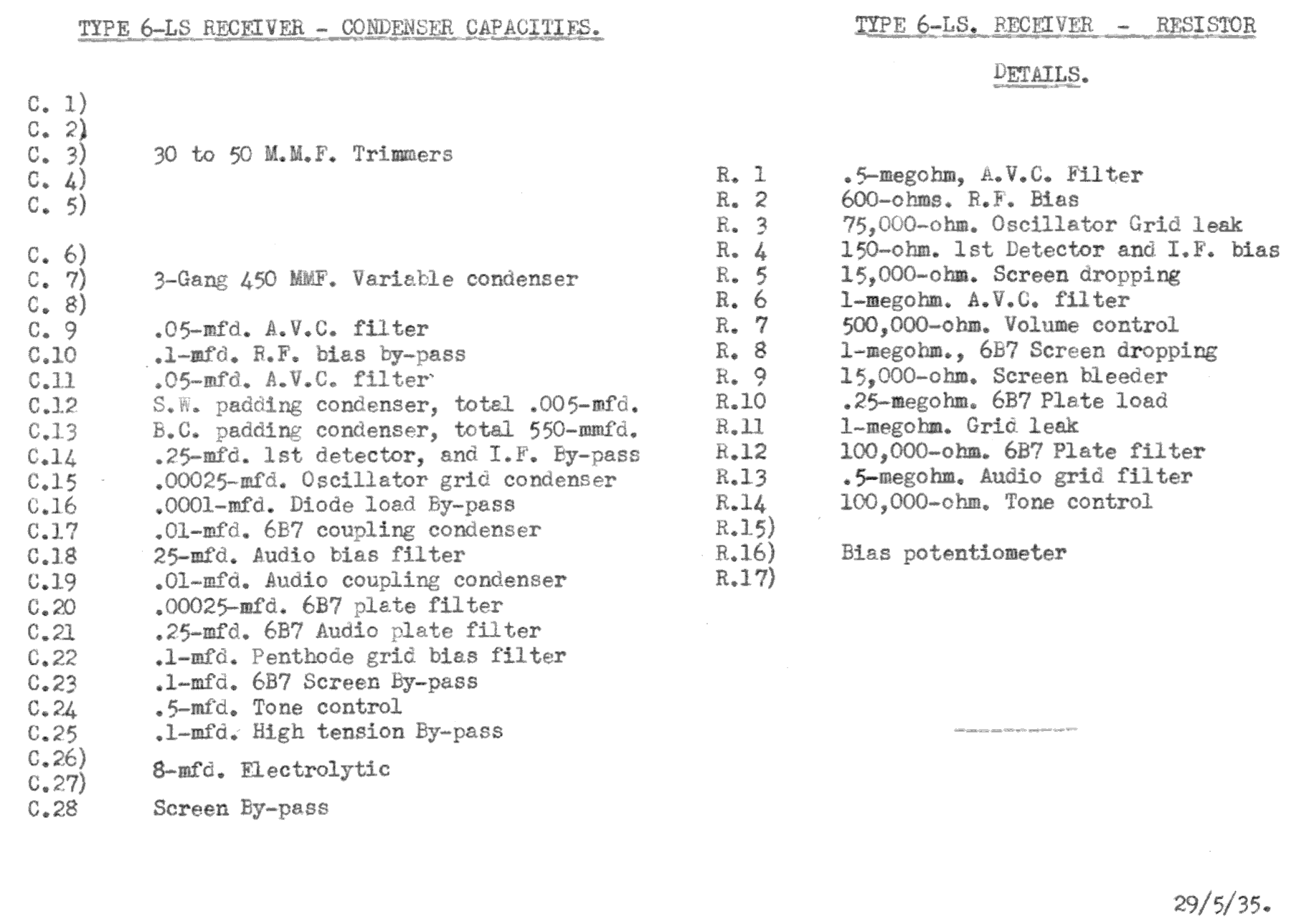