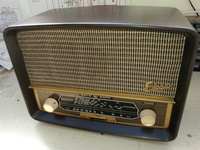 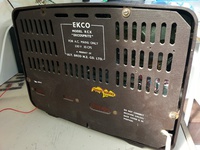 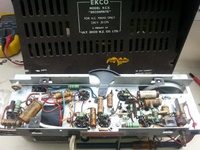 Originally this was an AC/DC set designed in England (see the English model inset below).  They were imported here and fitted with an autotransformer to be AC only.  A local AC redesign (the model REI) came a few years later in 1961. 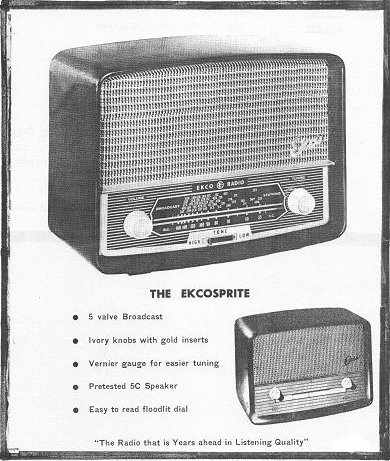 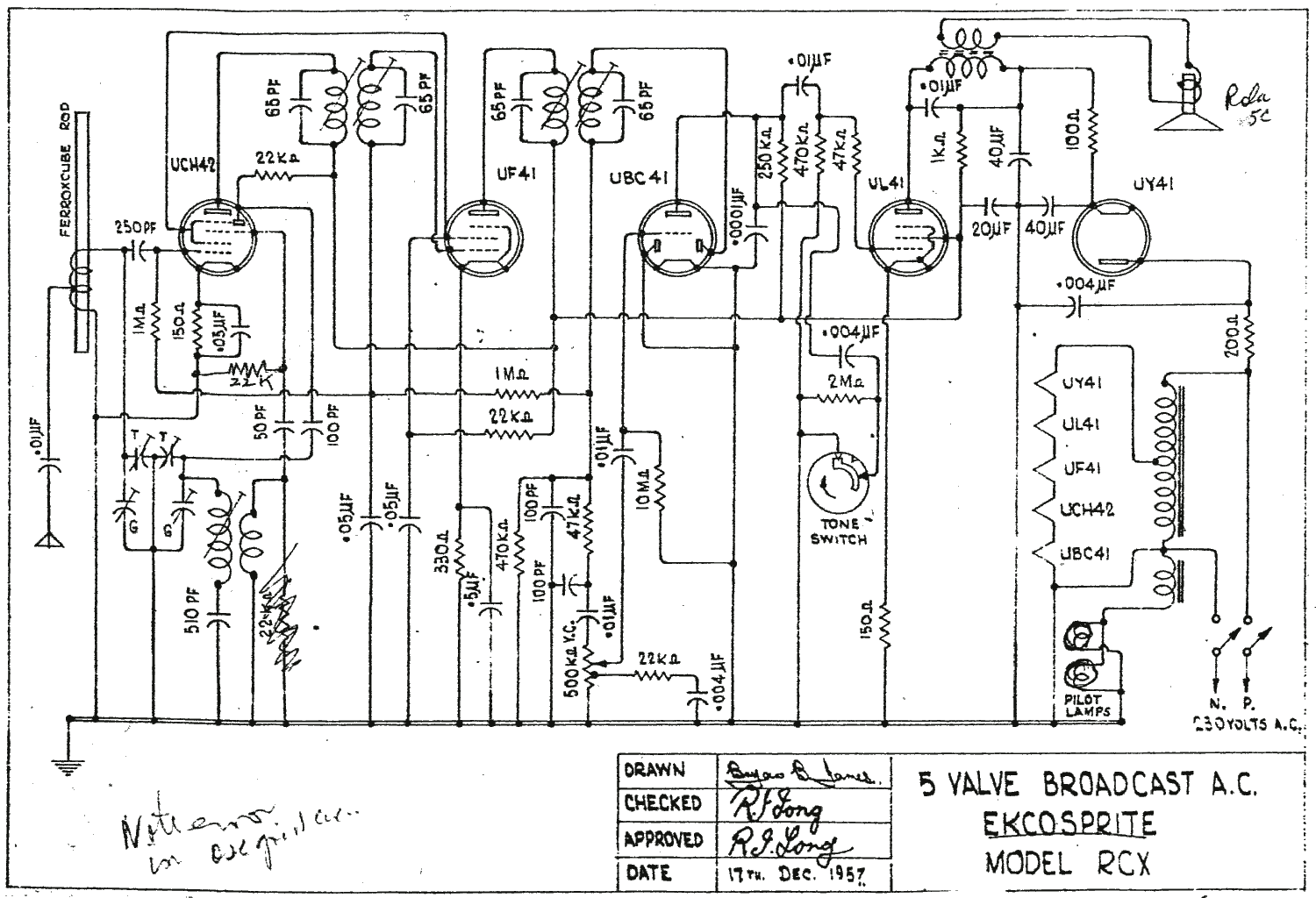