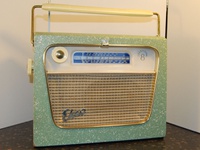 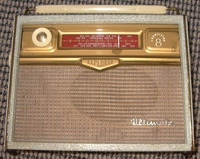 Assuming its functional, wiring in a 9V battery or a 6 x AA (or C or D) battery holder to give 9V should get one of these up and running. 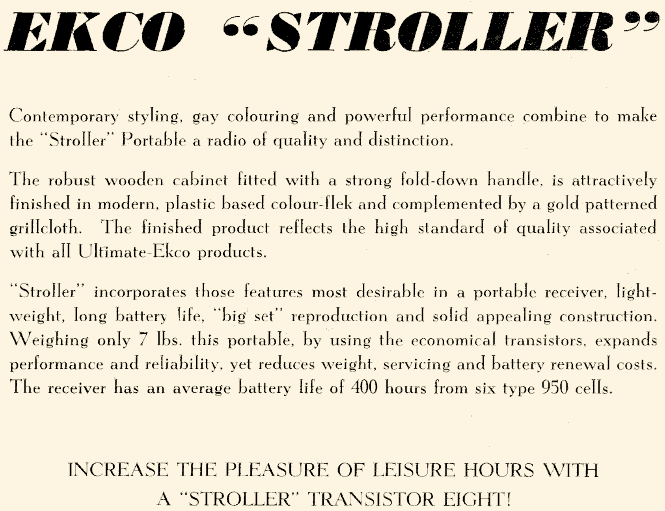 Chassis code RDM - this might not be visible on the chassis but is documented in the schematic. 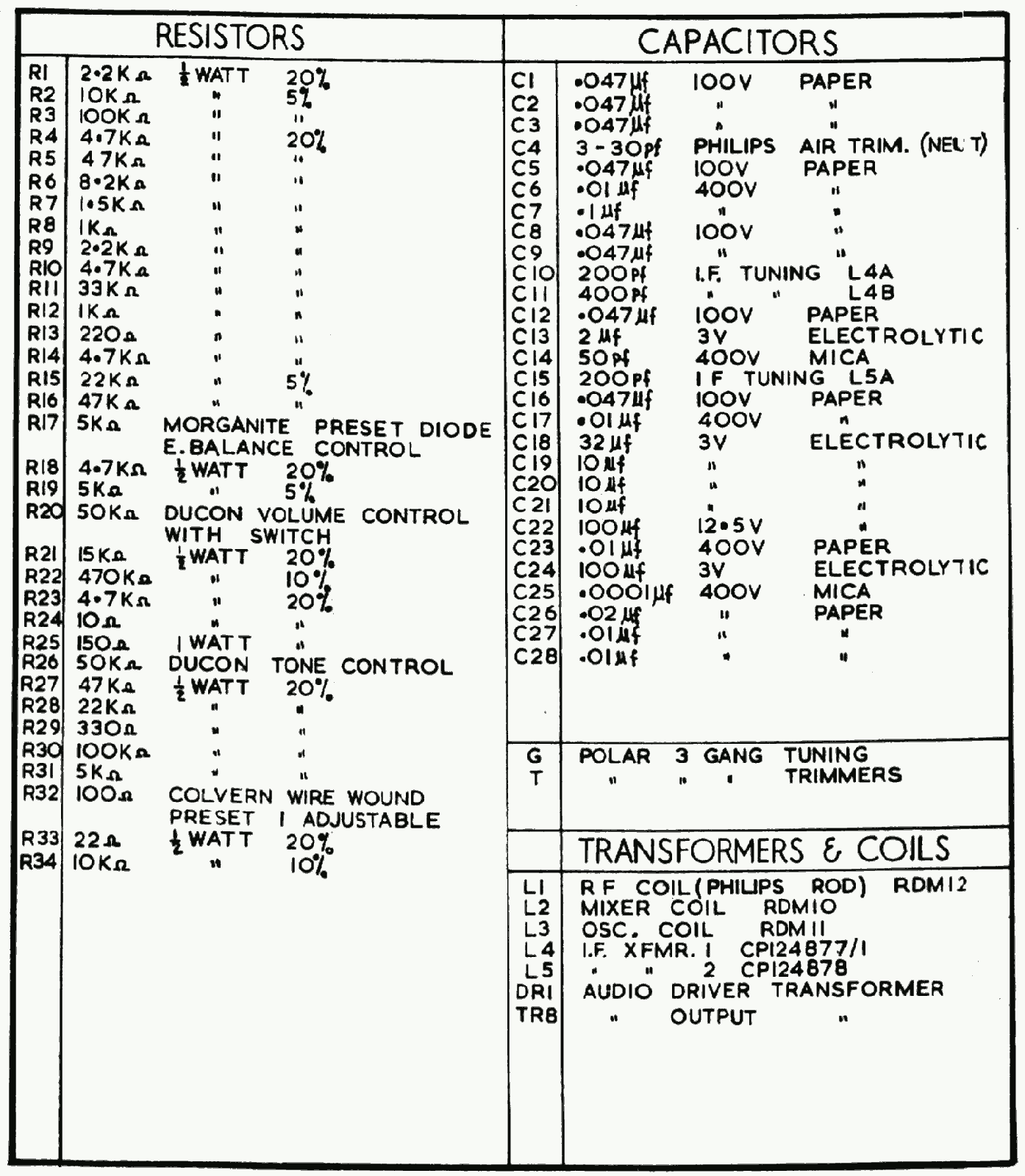 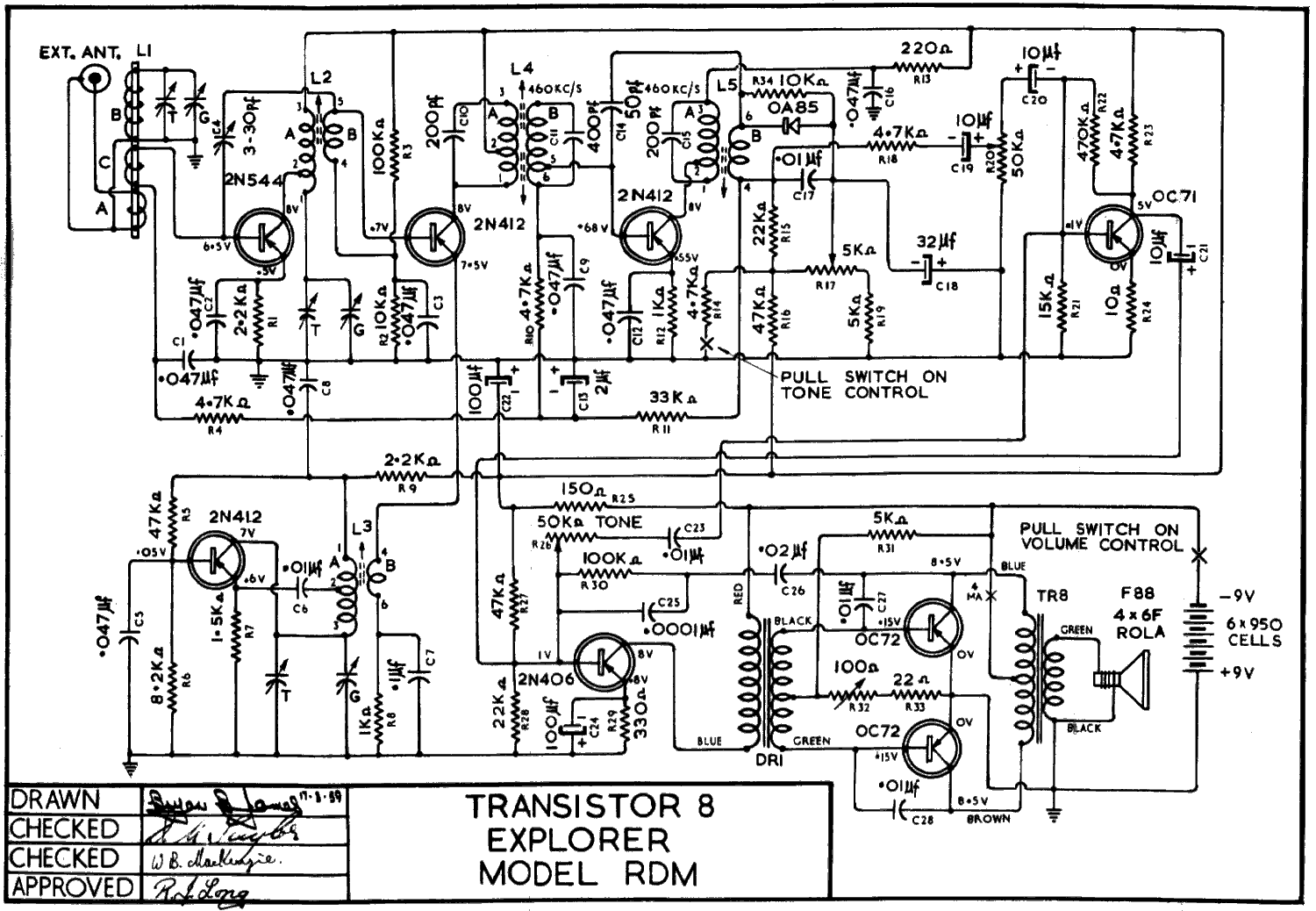 These notes are for the Ekco version, note the inconsistent IF frequency of 470kc/s instead of 460 as shown on the schematic - it would pay to check the IF before re-tuning.  Also note the other mistakes as indicated. 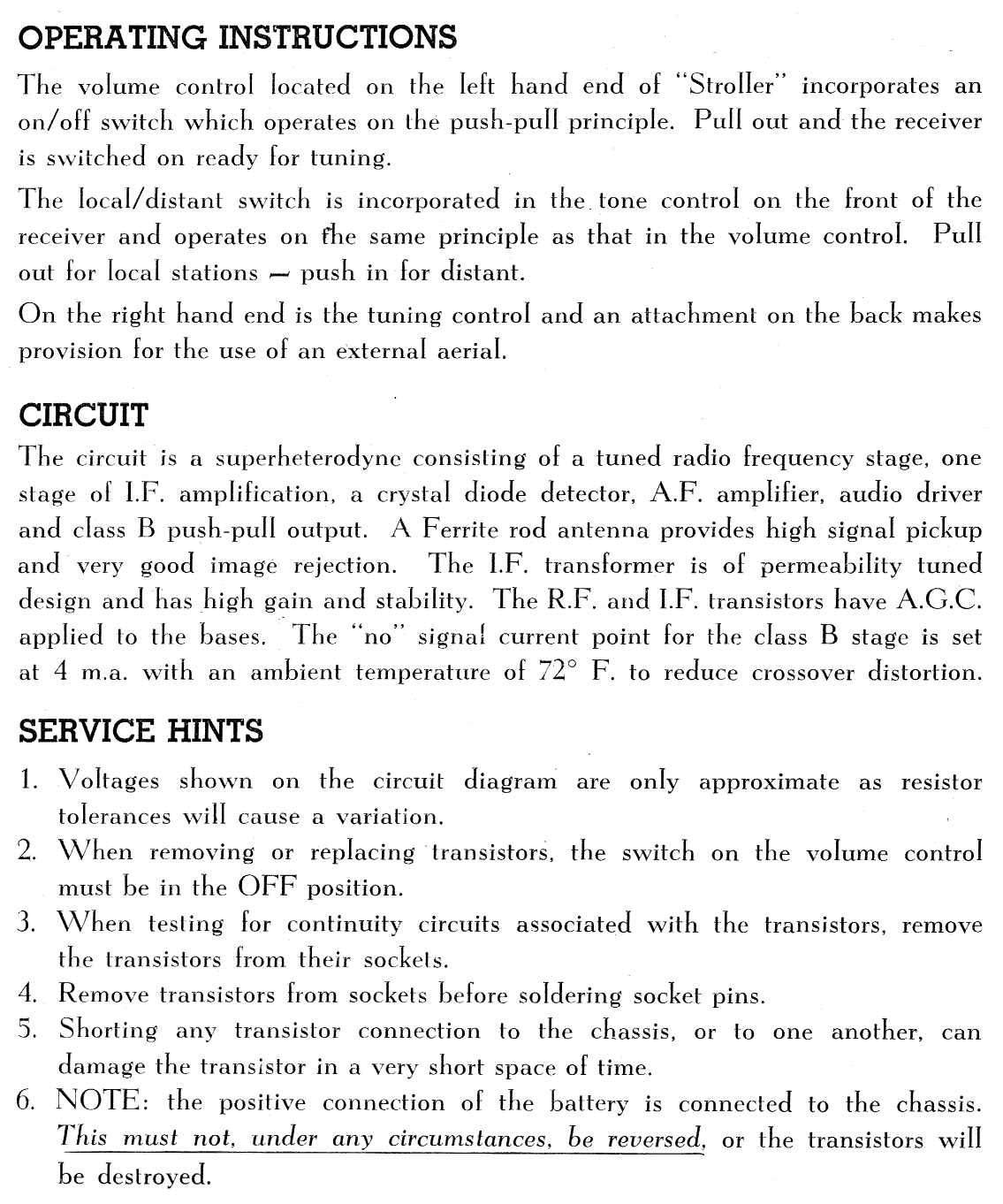 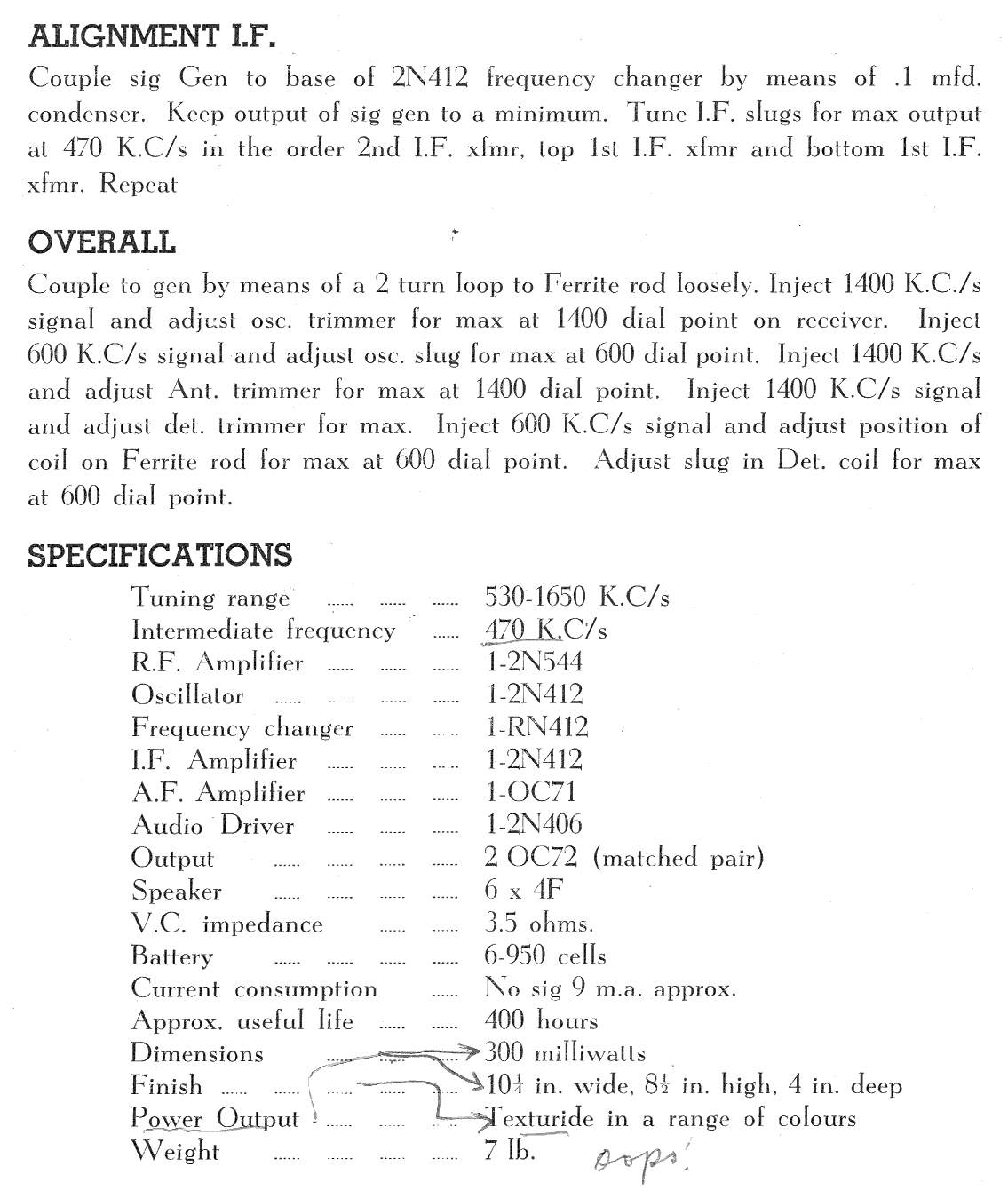