The ERL Personal Portable was an early miniature transistor radio made in New Plymouth.

It was claimed in 1958 advertising to be the smallest portable radio produced in New Zealand at that time.  Unfortunately for ERL at around the same time Bell released their Personal Portable which arguably looked far better, could well have been smaller and almost certainly performed better - and enjoyed an existing nationwide distribution and advertising framework.

The photographed example appears incomplete - there is no ferrite-rod aerial and this could have been mounted at the top where a heavy gauge wire is shown coiled and another heavy gauge wire can be seen at the other end of the top, beside the volume control.

It was certainly an interesting set for its time - although subsequent analysis of the set shows that it was not well designed and performed rather poorly.  Still, transistors were very new at the time and so it's a notable entry into the lists of NZ manufactured radios.

If you have one, please get in touch as we would love to get more photos and information on this little set. 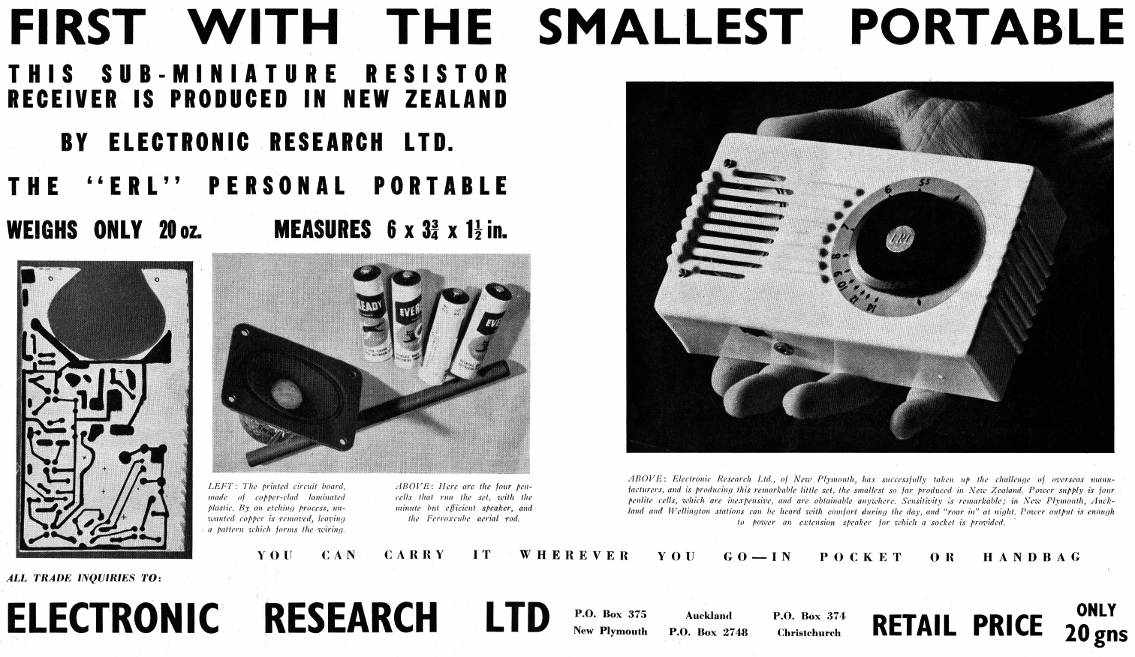 The device above appears to have only 3 transistors including a 2N218 (designed for IF amplification) and possibly two OC series from Telefunken which would be right for the time.  There is also what appears to be a missing transistor of unknown type.

This circuit board layout is shown in advertising but does not match up with the sighted example - its possible that it was an early prototype as it doesn't look like it would fit around the speaker shown above. 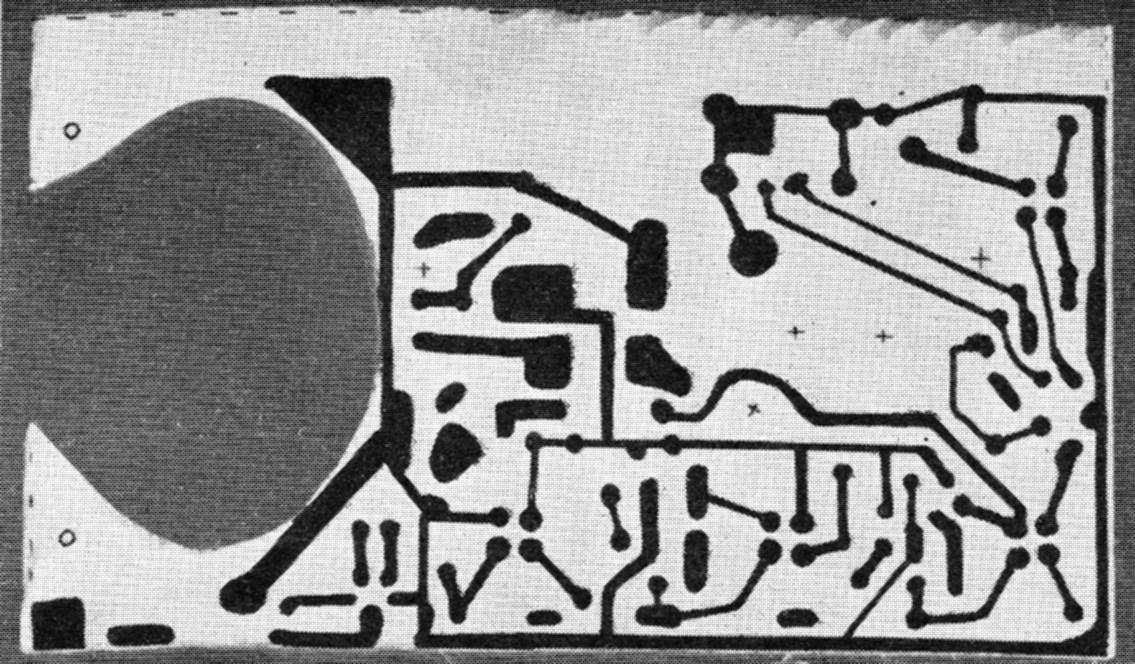