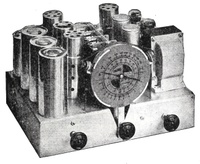 The Exelrad 6DXI was manufactured for Turnbull & Jones Ltd by Radio Corporation of New Zealand Ltd in 1936.

A later variant of this chassis has been seen with 4 controls, presumably a tone control was added.  This also used a 6A8 or X63 mixer. 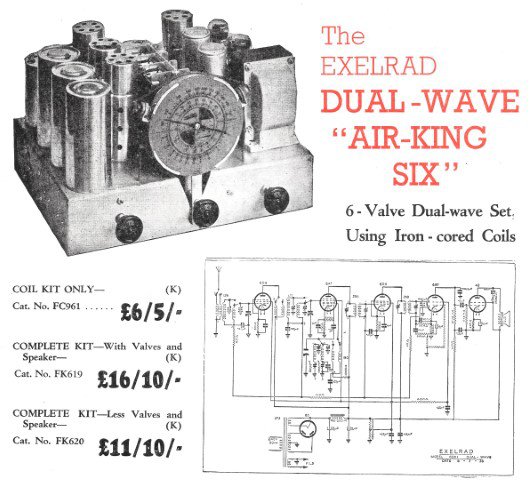 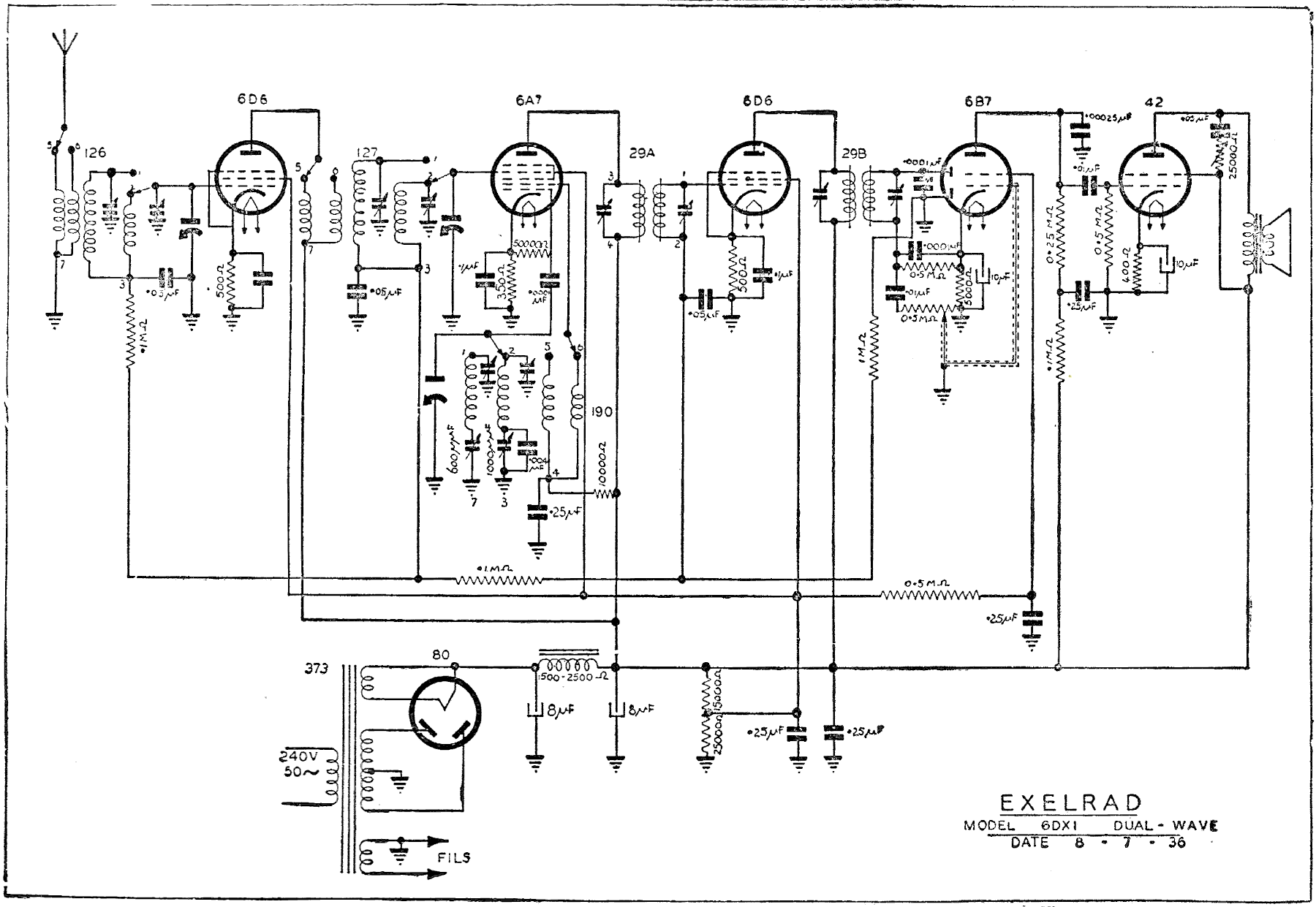