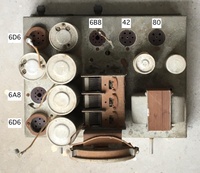 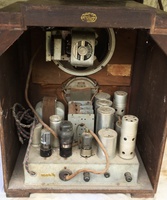 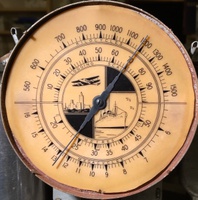 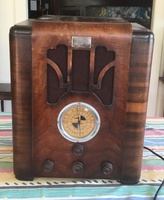 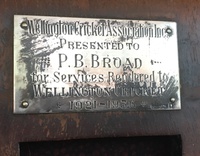 The Exelrad Air King dual wave was manufactured for Turnbull & Jones Ltd by Radio Corporation of New Zealand Ltd in about 1936.

The cabinet bears a sticker : "Made by Jackson & King, Holland St, Wellington".

This set has a silver plaque on the front stating: "Wellington Cricket Association - Presented to P.B Broad for services rendered to Wellington cricket 1921-1936"