The second, and redesigned / improved, version of the Flairline (first version here), distinguishable from the first model due to its solid wood ends (the first version had wrap-around grill cloth).

Designed for fringe reception areas, with a tuned RF stage for extra sensitivity. 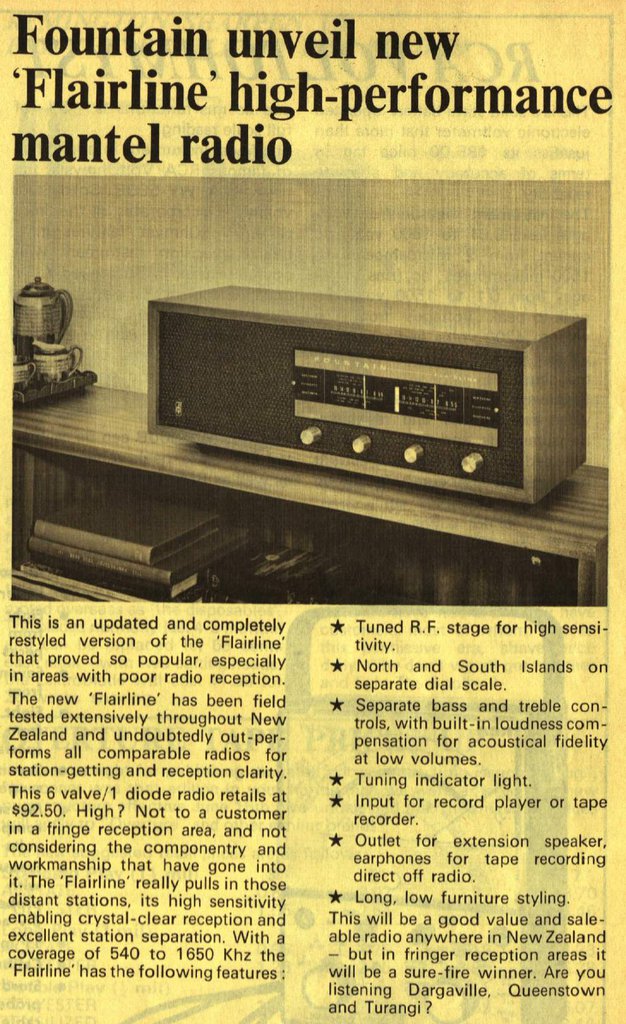 There were two models of Flairline.  Electrically they were very similar, although they were late in the era for valves, with transistors well and truly in use by this stage. 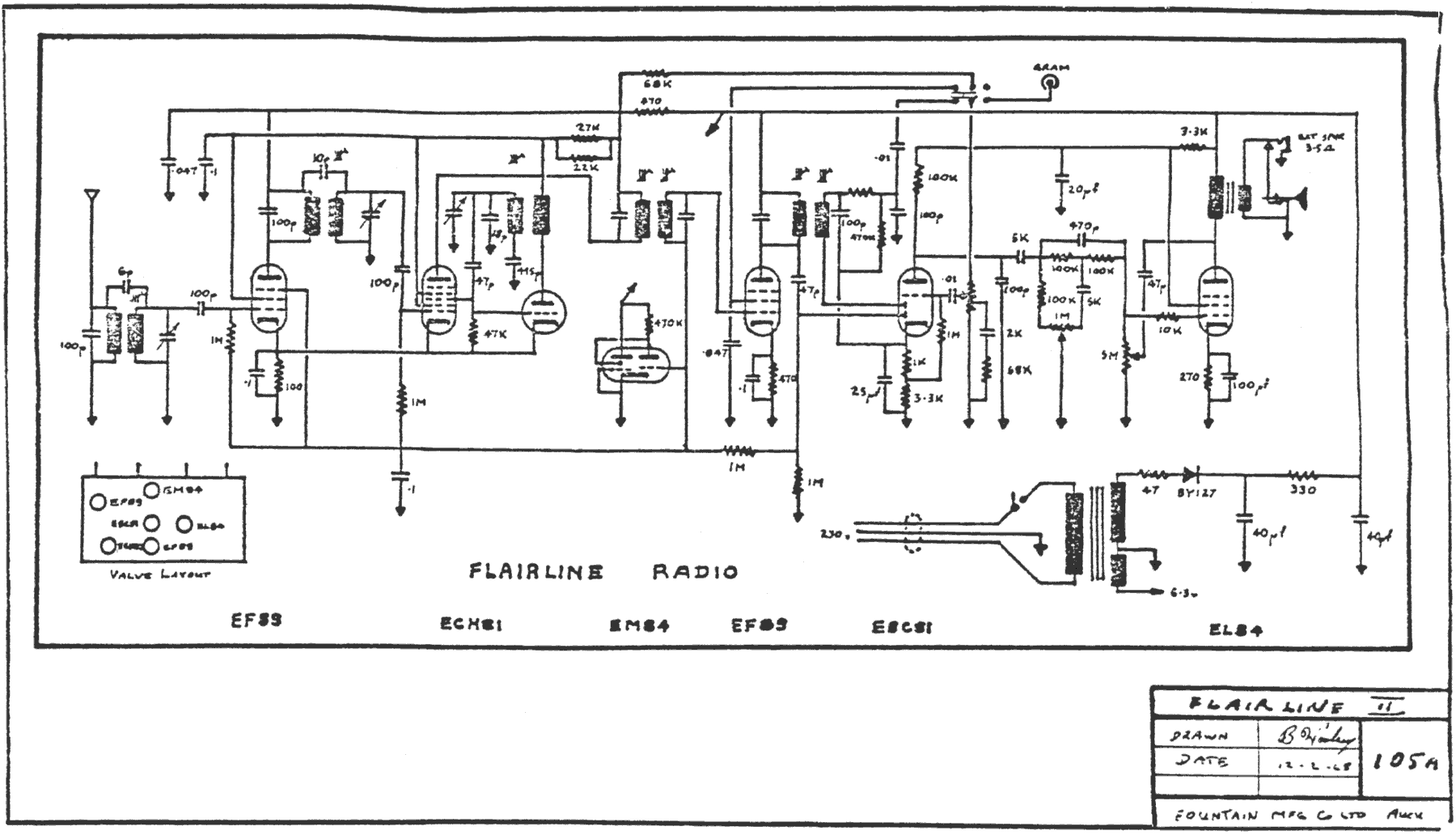