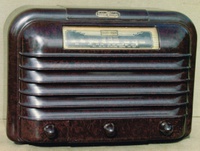 The Golden Knight model RU was manufactured for Farmers Trading Co. Ltd by Radio (1936) Ltd in 1947.

The first Radio Ltd model to use a bakelite cabinet.

The following article by Ian Sangster was taken from the NZVRS Bulletin, Volume 19, #3 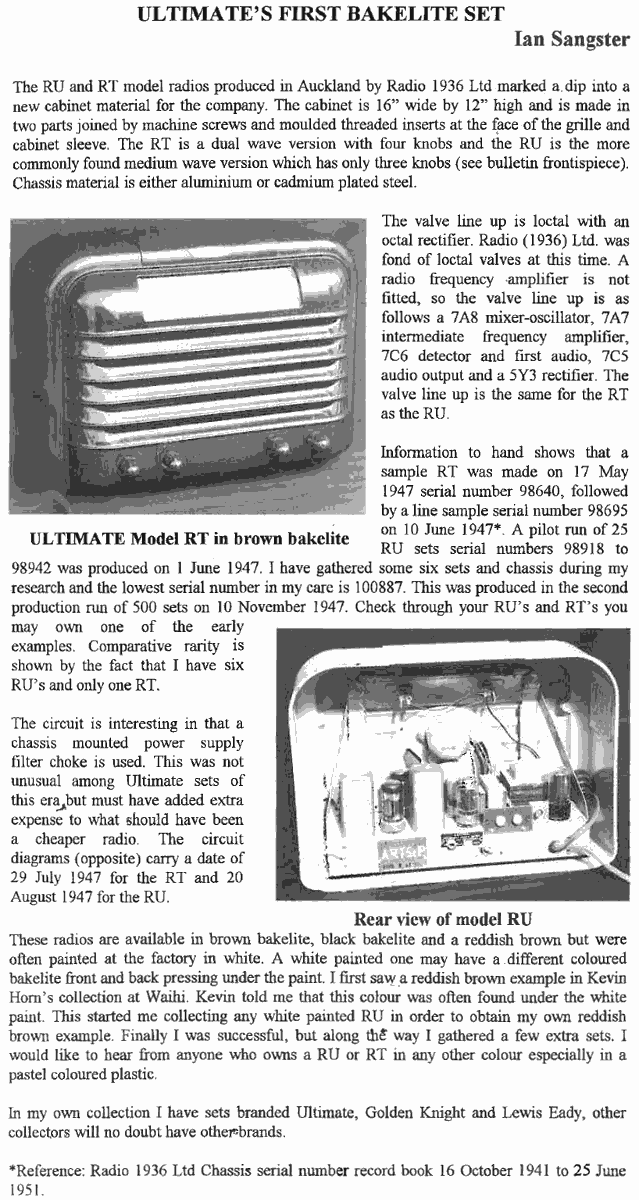 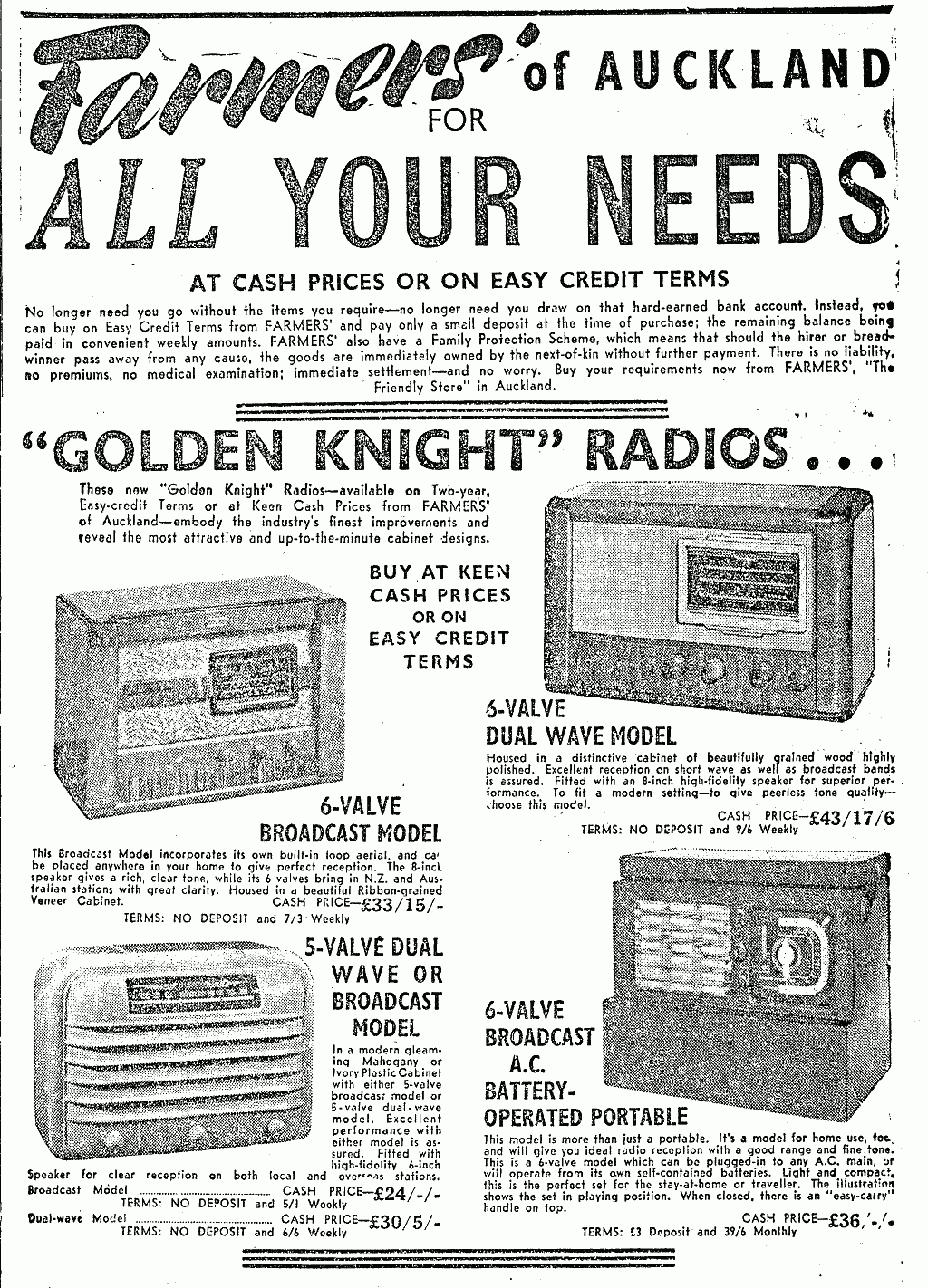 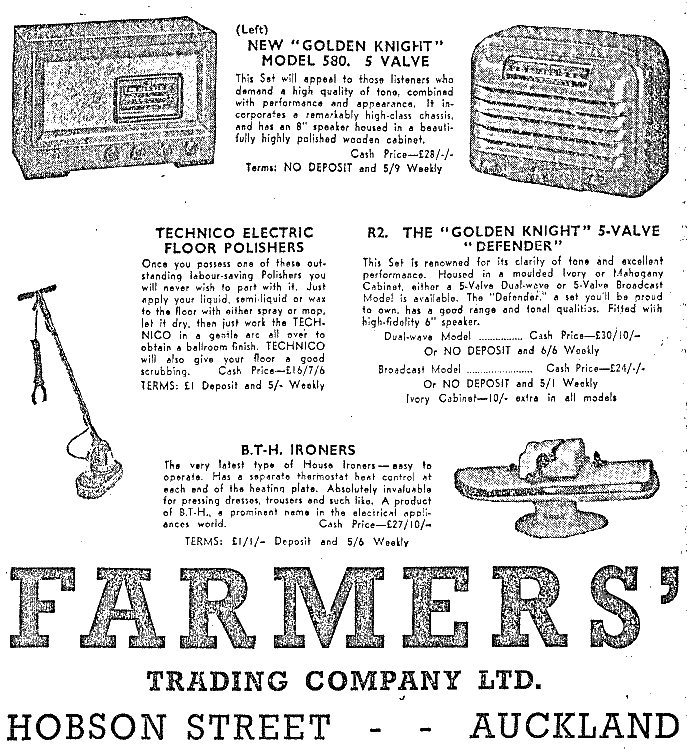 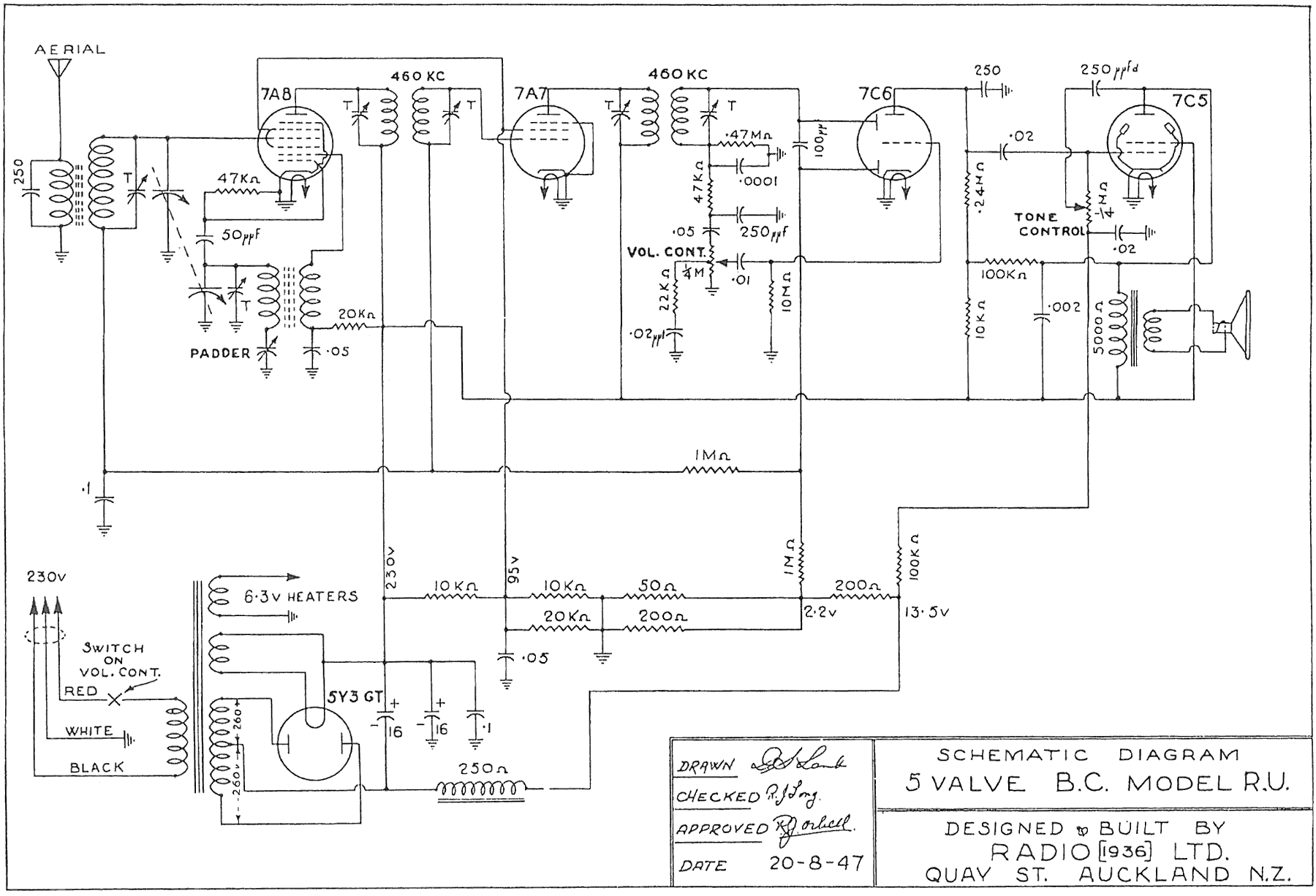 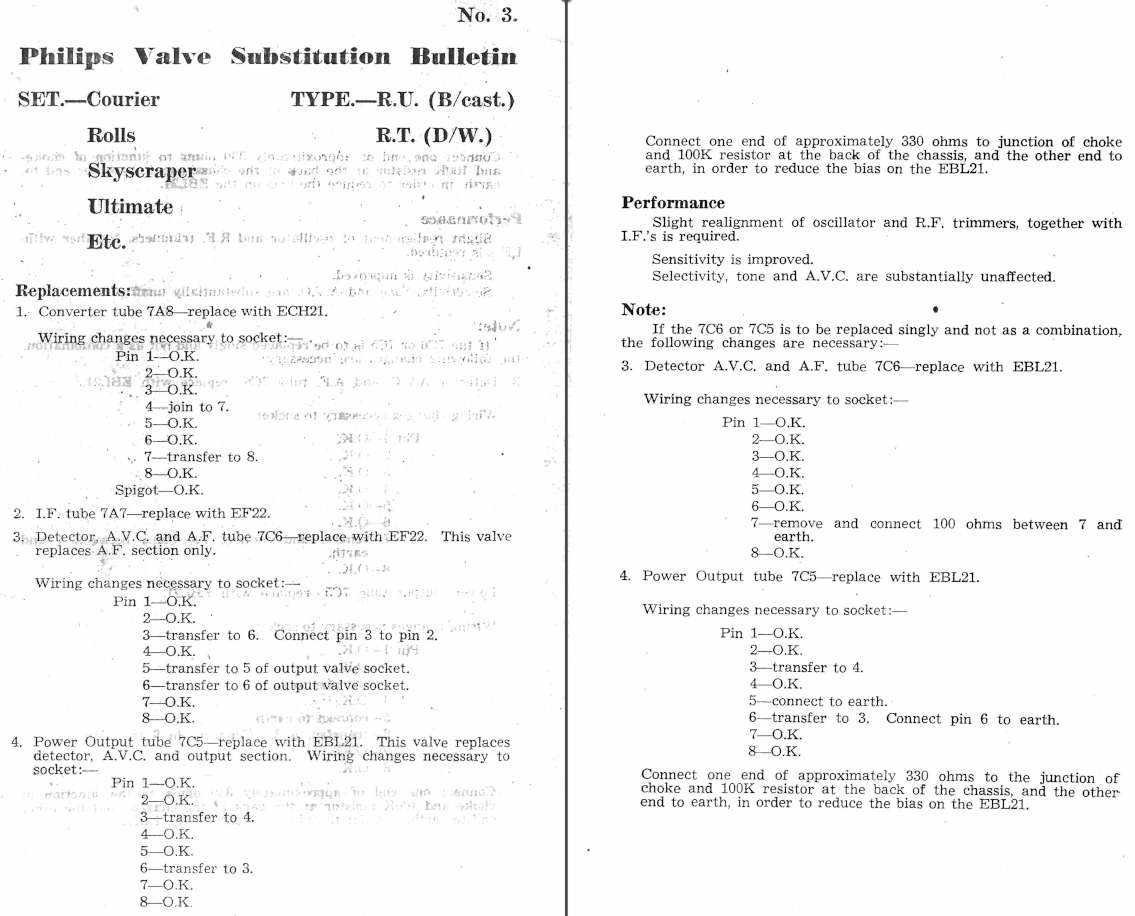 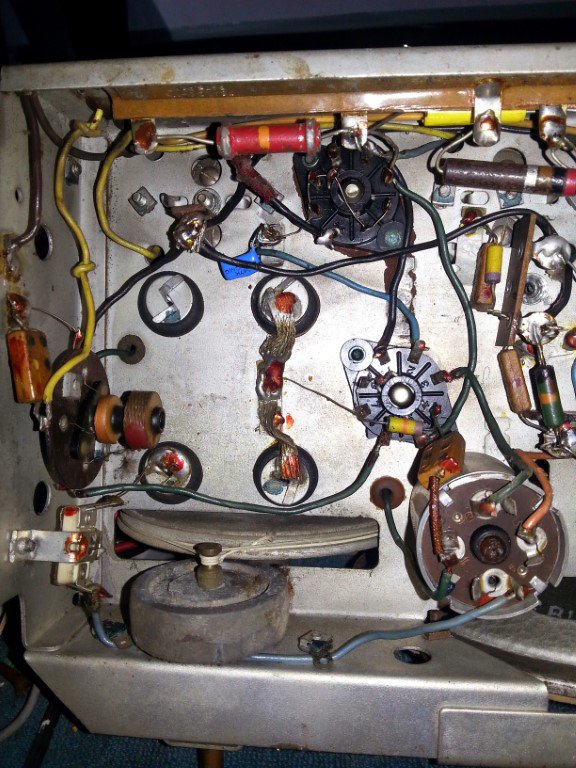 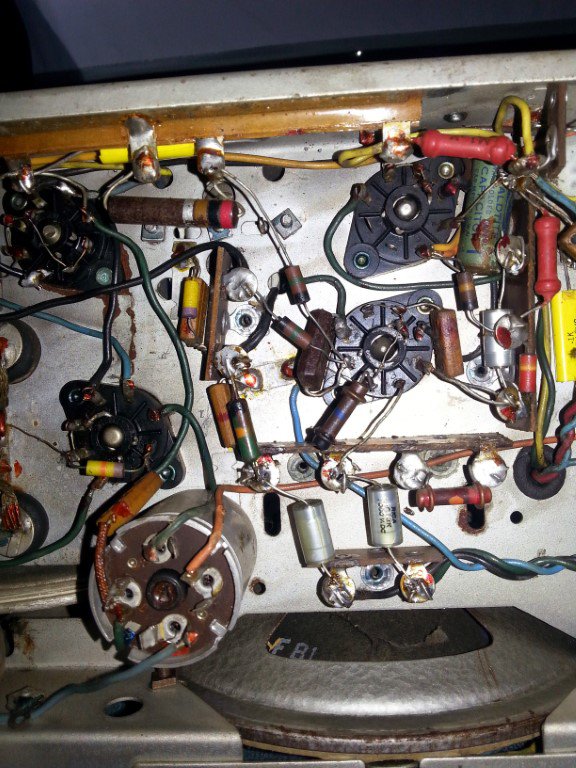 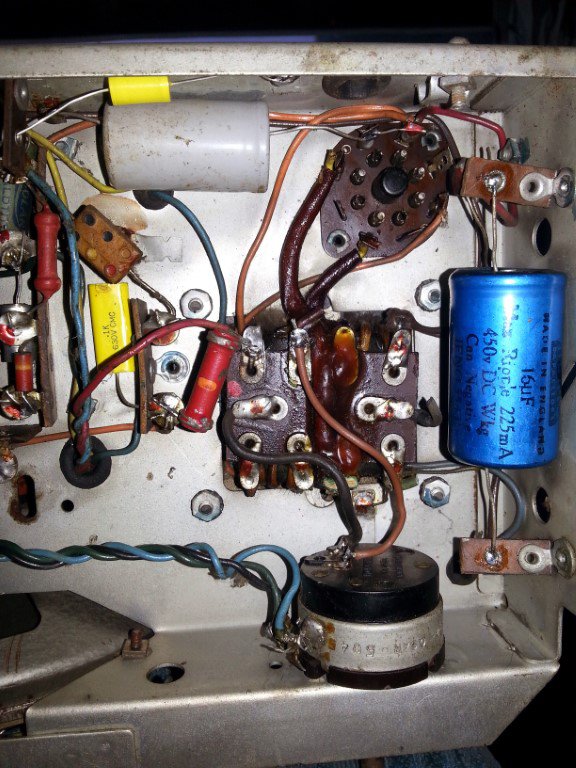